Gush Shalom: The ruling by the International Criminal Court is a game-changer

by Gush Shalom, 6 February 2021. From
now on, Israeli Army soldiers and officers had better think twice about obeying
orders to destroy Palestinian homes. The
judges of the International Criminal Court in The Hague ruled unequivocally
that the court has full authority to hear and decide on Palestinian complaints
of violations of International Law by the State of Israel and its army.
Thereby, the rules of the game have fundamentally changed. 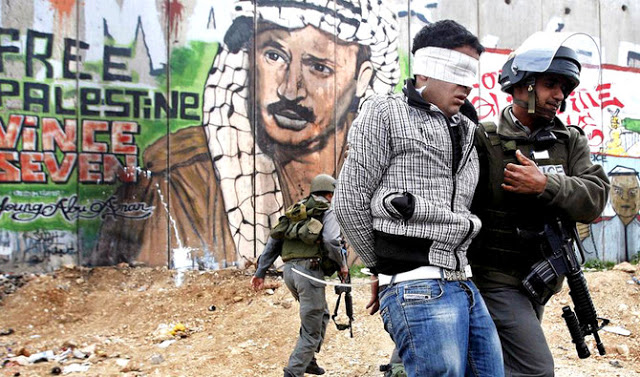 To
date, the only judicial authority authorized to hear cases relating to acts
by  the Israeli Army in the Occupied Territories had been the Supreme
Court in Jerusalem. In spite of prolonged wild incitement waged by Israeli
right-wing circles  against the Supreme Court and its judges, in
practice the Supreme Court  was and remains extremely forgiving towards
the occupation army, rejecting the vast majority of appeals lodged by Palestinians.

When
it comes to the judges of the International Criminal Court in The Hague, it’s a
completely different matter. The Hague Court is bound by the provisions of
International Law, specifically by the Fourth Geneva Convention of 1949 which
sets out in detail what an occupying state is allowed – and what it is
forbidden – to do in a territory under the military rule of its army. Many of
the acts that the IDF routinely undertakes in the territories under its rule
may turn out  to be serious violations of International Law.

For
example: Just a few days ago, on the morning of Monday, February 1, a large
military force arrived in the tiny village of Hamsa al-Fouka in the northern
Jordan Valley. The soldiers destroyed dozens of residential buildings and sheep
pens, leaving 85 Palestinian residents – 45 of them children – homeless and
exposed in the open air. The soldiers also demanded that the residents
completely leave Hamsa al-Fouka and move to another location that the army
would determine for them, threatening that if they did not leave voluntarily,
they would be forcibly transferred by the army.

This
act of destruction and devastation carried out by the army – and it is
certainly not the first of its kind – has gone virtually unnoticed by the
Israeli public and political system. Knesset Members who habitually engage in
loud and vociferous debates failed to take up this issue. But make no mistake:
outside the borders of the State of Israel, there are those who constantly
monitor and closely record such acts.

At
the International Court, indictments can certainly be filed against IDF
officers and settlers as well as against officials and ministers in the
Government of Israel. Among other things, acts of wanton destruction – carried
out  especially against small and highly vulnerable Palestinian
communities in the Jordan Valley and the South Hebron Hills – can certainly
lead to the filing of indictments against everybody involved.

From
now on, IDF officers should think twice about obeying an order to participate
in such acts of destruction, and risk serious consequences. Officers who
nevertheless decide to continue participating in these acts of destruction had
better make an effort to keep their identities secret, constantly wear masks
regardless of the Kovid-19 situation, and in general start acting like
law-breakers evading law enforcement –  because that is exactly what their
legal status is about to become.

Decision-makers
in the State of Israel have been well aware in recent weeks that the decision
of the judges in The Hague was imminent, and that President Trump – who tried
to intimidate the International Court by series of blatant threats – is no
longer in the White House. It is surprising that in such a situation the
decision-makers continued to order soldiers and officers to go on destroying of
Palestinian homes, when knowing that those who carry out such orders may
have to pay a heavy price.

Defense
Minister Gantz should look up from his clashes with the Prime Minister and his
party’s precarious electoral situation, and think about the consequences of the
Hague judges’ decision – the consequences  for himself personally,
both regarding his former position as Army Chief of Staff and his present one
as Defense Minister, and the changing judicial situation of the soldiers and
officers for whom  he is responsible as being in charge of Israel’s
military system.