More than
90 percent of child abuse and sexual crime victims and their bereaved families
received no compensation from the assailants or public financial assistance,
police data showed Thursday. 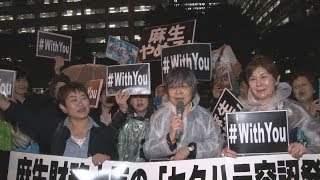 TOKYO
(Kyodo) – The National Police Agency analyzed the answers of 917 respondents
who said they were crime victims or bereaved families of victims in an online
survey targeting men and women aged 20 or older in late January.
The
survey, conducted with the aim of following up with victims and reflecting
their situations in state policies, covered six types of crimes; violent crimes
such as murder and assault, sexual crimes, traffic accidents, domestic
violence, stalking and child abuse.
According
to the data, the proportion of victims who received no compensation or
financial aid stood at 94.2 percent in child abuse cases, followed by sexual
crimes at 92.9 percent, domestic violence at 91.1 percent and stalking at 90.2 percent.

The state
provides lump sum benefits for bereaved families of crime victims or those who
were seriously injured or disabled in criminal cases upon request.
Many
respondents also said they did not report their cases to the police and an NPA
official believes a lot of victims are compelled to suffer silently and tend to
go unnoticed.
As for
traffic accidents, only 35.4 percent of the respondents said they received no
money in compensation or aid, reflecting the use of private insurance. The
figure stood at 78.7 percent for murder and assault cases.
The
survey also revealed only a small proportion of victims used support programs
such as police counseling and phone consultation services provided by private
support organizations.
In child
abuse cases, 87.1 percent said they did not use such services. The figure stood
at more than 60 percent in the five other crime categories.
Asked
about necessary support shortly after becoming victims, more than 30 percent
said they needed someone to talk to and consult with but 80.7 percent said they
did not know about consultation services offered by municipal governments or
other organizations.
Only 7
percent said they were aware of support services before they were victimized.
In the
multiple answer survey section, 38.6 percent of the respondents said they did
not consult with anyone, with 22.8 percent citing not knowing whom to consult
with and 19.7 percent stating their reluctance to disclose their situation as
reasons behind this.
“Although
counseling services are spreading, their profile remains low. We want to raise
awareness about such programs,” the official said.
The
survey was conducted between Jan. 19 and 28.