Where is Israel’s place in US-Russia struggle? 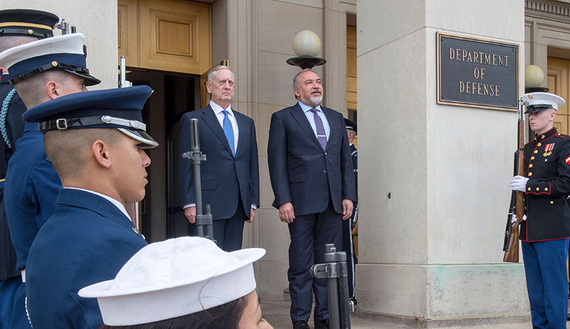 Israel and US Defense Secretary James Mattis have a dangerous mutual enemy. Five years ago, when he headed the US Central Command, Mattis said of the three most pressing problems for the United States in the Middle East, “Number one Iran. Number two Iran. Number three Iran.” In February, the Marine general said that Iran is the “biggest state sponsor of terrorism in the world.” “Mad Dog” Mattis also criticized President Barack Obama for going along with the nuclear agreement with Iran.

At a February meeting in Munich with Israeli Defense Minister Avigdor Liberman, the two agreed on the need to form a broad international coalition against the axis consisting of Iran — which is pulling the strings of the Shiite Hezbollah organization in Lebanon — and the regimes in Syria and North Korea. Liberman urged Mattis to be active in the Middle East.