The moves comes as both Israel and the United States are claiming Syria still possess chemical weapons. 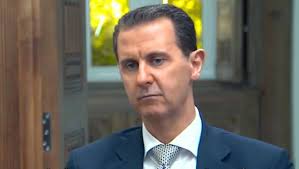 Syrian President Bashar Assad says the Syrian government has formally approached the United Nations, asking it to send in the experts to investigate the April 4 suspected chemical attack.

Assad said in an interview with the Russian state-owned RIA Novosti news agency on Thursday that the U.N. has not sent anyone yet and blamed Western nations and the United States in particular for not allowing the experts to travel to Syria.

Assad insisted that if the experts arrive, they will see that reports of what happened in the Idlib province “were all lies.”

Meanwhile, the Russian military is questioning the conclusions by the international chemical weapons watchdog that victims of the April 4 suspected chemical attack in Syria were exposed to sarin or a similar toxin.

Defense Ministry spokesman Maj. Gen. Igor Konashenkov issued a statement Thursday questioning how the samples were collected and how the analysis could have been done so quickly. He said he would like to receive answers to these questions as soon as possible.