A paradox has played out in Ethiopia over the last decade. While its economy has thrived, its political landscape has been overwhelmed by rampant corruption. In 2013, for example, more than 50 high profile people, including government officials and businessmen, were arrested during an anti-corruption crackdown.

As Ethiopia’s economy transformed between 2010-2015, through the expansion of services, agriculture and improvements in infrastructure, corruption became a way of life. This is predominantly because of the political dominance of a single party – the Ethiopian People’s Revolutionary Democratic Front. The Front is a coalition of four parties and has ruled Ethiopia since 1991. 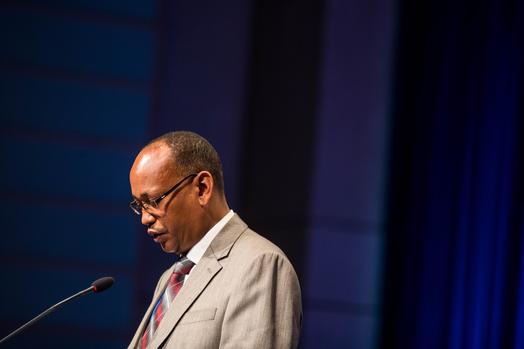 Despite touting itself as a multiparty state, true multiparty politics have not been able to take root in the country. This is because of the ruling party’s control over security apparatus, media, electoral organs and administrative structure. “Politics of tolerance” are not entertained as opposition parties are seen as enemies, rather than political rivals.

Underlying the change needed to tackle corruption, is the need to transition from this single party state to a true multiparty system.

This will promote political choice and give democratic rights to all citizens. It will introduce a system of checks and balances that will expose abuses and reveal corrupt officials.