In a Paris suburb, apathy and fear of Le Pen

Many in Sevran disillusioned with French political class but prepared to mobilise should Le Pen reach the run-off. 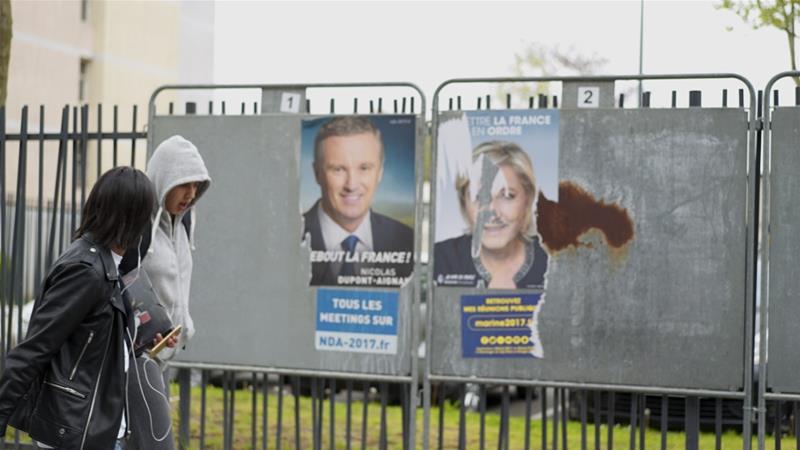 Sevran, France – A few hundred feet away from Sevran’s Beaudottes metro station is a wall of metal attached to a railing, without distinguishing features except for the posters on it.

Every one of France’s presidential candidates is there and judging by the levels of damage, it is clear who the Paris suburb’s vandals like least.

Leftist hopefuls, such as Jean-Luc Melenchon, Benoit Hamon and Philippe Poutou, appear to have been spared.

Sevran, with its 50,000 residents, is one of the poorest areas in France, and suffers from high levels of youth unemployment and educational attainment.

Much of its population descends from France’s former colonies in North Africa, West Africa, and Haiti.

Many are also Muslims, perhaps explaining the unpopularity of Le Pen.

However, elections are not determined by the numbers of posters that are defaced and voter indifference remains high in the area, particularly among the youth.