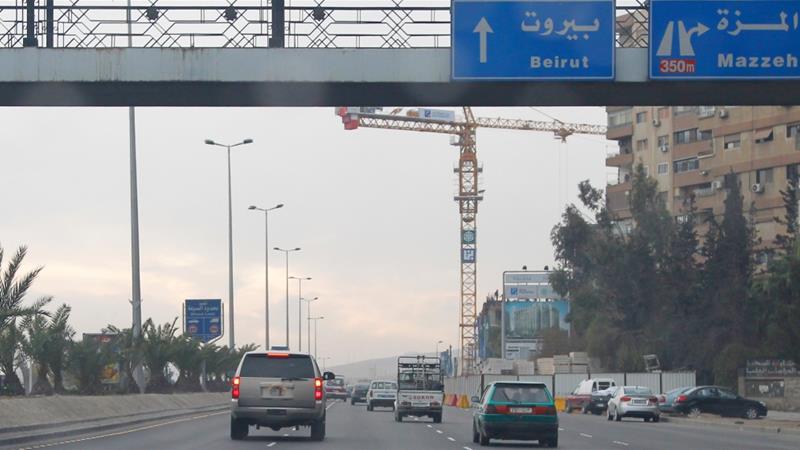 A target near Damascus airport highway was struck early on Thursday [File: Khaled Al Hariri/Reuters]
An explosion has hit the area of Damascus International Airport and Mezze military air base followed by a fire in the same place, activists said.

The blast, reported by several activists’ networks, occurred near the Damascus airport road early on Thursday.

The cause of the explosion was still not clear.

Rami Abdurrahman, head of the UK-based Syrian Observatory for Human Rights, said the blast was heard across the capital, jolting residents awake.