Statement by UN Women on the International Day of Zero Tolerance for Female Genital Mutilation, 6 February 2017 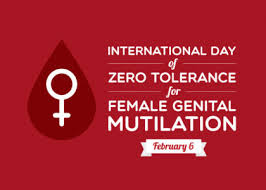 While there has been an overall decline in the prevalence of Female Genital Mutilation (FGM) across countries, this progress is likely to be offset by rapid population growth in countries where FGM occurs, unless efforts to eliminate the practice are renewed in light of recent research, and urgently stepped up.

A 2016 report of the UN Secretary-General shows the single largest factor influencing the continuation of female genital mutilation to be the desire for social acceptance and avoidance of social stigma. The social norms, customs and values that condone FGM are multi-faceted, vary across countries and even between communities, and can change over time. This presents a powerful and complex challenge for all those engaged in the effort to end FGM.

The importance of education to address negative social norms has been demonstrated in Egypt, where the reduction in the risk of girls undergoing FGM has been linked both to the educational attainment of their mothers, as well as of other women in their communities.

We have witnessed how the powerful personal testimony and advocacy of activists such as Jaha Dukureh in The Gambia can bring increased understanding of the issues to local communities and amplify the voices of a growing movement calling upon leaders to put an end to this practice.

The collection and analysis of data is crucial to better tailor our interventions in light of the specific factors associated with the practice globally.  Further research is needed in areas outside Africa, as FGM is also prevalent in Latin America, South-East Asia and areas of the Middle East, as well as now being present in the United States and United Kingdom. We must pay greater attention to the risks associated with migration and the greater movement between borders. Women and girls are still extremely vulnerable, even in countries which are not traditionally associated with the practice of FGM, if families on the move maintain the practice.

Increasing numbers of countries have extraterritorial legislation for their citizens practising female genital mutilations in other jurisdictions, and hold those who practice to account. In The Gambia, the adoption of legislation has created an enabling environment for the Gambia Committee on Traditional Practices Affecting the Health of Women and Children to support those who have carried out FGM to acquire skills to find alternative livelihoods. It has also empowered women to take an active role in protecting other women and girls and increased community awareness of FGM’s harmful impacts.