Who should foot the bill for Assad?

January 8, 2019February 23, 2021 by milena rampoldi
Though the war in Syria continues, President Bashar Assad and his allies are already planning reconstruction efforts. Russia is demanding money from the rest of Europe. Should Germany contribute?
The war in Syria is not over yet, but one thing is already certain: dictator Bashar al-Assad will remain in power. That Idlib, the last stronghold of all insurgents and extremists, will fall to him seems only a matter of time.
But many cities in Syria are in ruins. And the reconstruction of the country will be expensive. If Russia’s President Vladimir Putin has his way, Western states will have to finance Syria’s reconstruction. Because neither the Syrian regime, Iran, nor Russia want to bear the cost alone – the war has cost them enough already. The only lever for Germany to impose political demands and conditions on Syria is therefore through aid for reconstruction, says Omid Nouripour, foreign policy spokesman for the German Green party.
Figures relating to the cost of reconstruction vary widely. While the outgoing UN special envoy for Syria, Staffan de Mistura, estimates the cost to be around 250 billion U.S. dollars, the Syrian regime puts the sum at 400 billion U.S. dollars. Yet there has also been mention of 1.2 trillion U.S. dollars. Moreover, experts agree that it will take at least a decade to repair the war damage.
German involvement in Syrian reconstruction unlikely
Russia has called on Europe to provide financial aid for reconstruction efforts. Ahead of her meeting with Russia’s President Vladimir Putin in Germany, Chancellor Angela Merkel stressed Germany’s and Russia’s joint responsibility for a solution to the Syrian crisis. However, the idea of Germany contributing to rebuilding a Syria ruled by Assad does not sit well with many German politicians.
“There will only be investment in Syria if there is a satisfactory political process in which all parties are involved,” said Defence Minister Ursula von der Leyen during a security conference in Bahrain. A reconstruction from which the dictatorship of President Bashar al-Assad would benefit is inconceivable.
But nobody yet knows what a post-war order might look like. Germany and the EU must participate in the reconstruction of Syria, says CDU foreign policy expert Roderich Kiesewetter: “But only when the necessary conditions have been created for a peace process that is supported by the guarantor powers Russia, Iran and Turkey.” 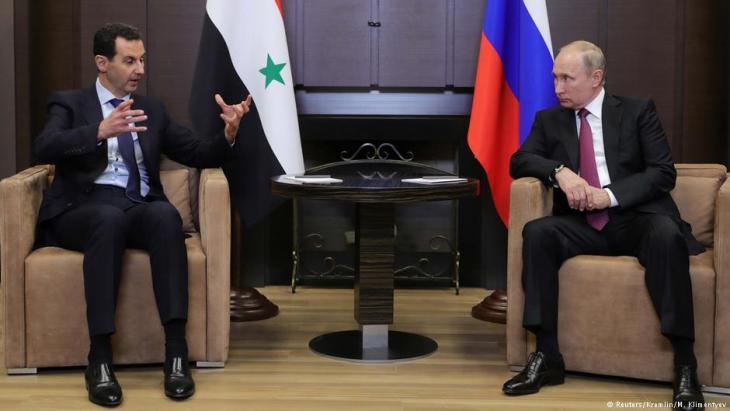 Active in the destruction, cautious in the reconstruction of Syria: if Russia’s President Vladimir Putin has his way, Western states will help finance the reconstruction of Syria. Because neither the Syrian regime, nor Iran, nor Russia wants to bear the cost alone – the war has already cost them enough
In addition, Damascus must guarantee universal humanitarian access and protection against persecution and the guarantee of property for returnees. Were Syria to fulfil Germany’s conditions for reconstruction aid, it would not simply be a question of transferring money, says Omid Nouripour. One would have to co-operate on the ground, carry out project work rather than provide budgetary support: “Money given to Assad would doubtless end up in the repression apparatus. And we donʹt want that.”
A ‘more homogeneous’ Syria
Assad himself has left no doubt as to who exactly will be welcome in his future Syria. The human cost of the war has been immense, but the country has gained a “healthier” and “more homogeneous” society, he claimed at a conference in Damascus in 2017.
“My impression is that the Syrian leadership systematically de-populated the areas in which the insurgents were strong,” says Guido Steinberg, a Middle East expert from the German Institute for International and Security Affairs. This strategic motivation is substantiated by the new Law No. 10, which allows the Syrian government to confiscate the property of citizens who have fled abroad if they do not lodge their claims inside the country within a year.
The situation leaves open the possibility for a biased distribution of rebuilding resources — favouring areas with Assad regime sympathizers while ignoring areas for the refugees who want to return. But what can returning refugees really expect from Assad? If they have fled from rebel strongholds, or are known to be opponents of the regime, then “they can expect to be arrested, tortured and killed,” said Steinberg.
Refugee return?
Putin often mentions the prospect of repatriating Syrian refugees currently in Europe as part of his push for a joint reconstruction effort in the country. The Russian leader knows well how divisive the issue has been in Germany and the European Union. “We cannot be blackmailed on the refugee issue,” says Omid Nouripour. Germany must set conditions for reconstruction. Assad and his allies seem to believe that Germany will do everything it can to send the people back again. “And that simply has to be rejected,” asserts the Green politician.
Guido Steinberg considers it possible that Germany will participate in the reconstruction of Syria sooner or later, but assumes that the Assad regime will try to get money without taking back refugees.
At the moment there is no question of that. A return, especially to the areas where people have been displaced, is not currently under discussion. And the war will not be over even after Idlib falls: “It is quite possible that there will still be confrontations with the Kurds afterwards,” says Steinberg. 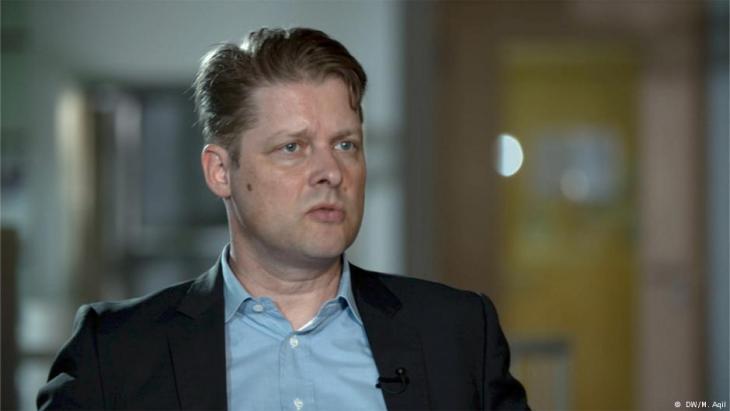