I was
raised in a middle-class family originally from Chimbote, Peru. 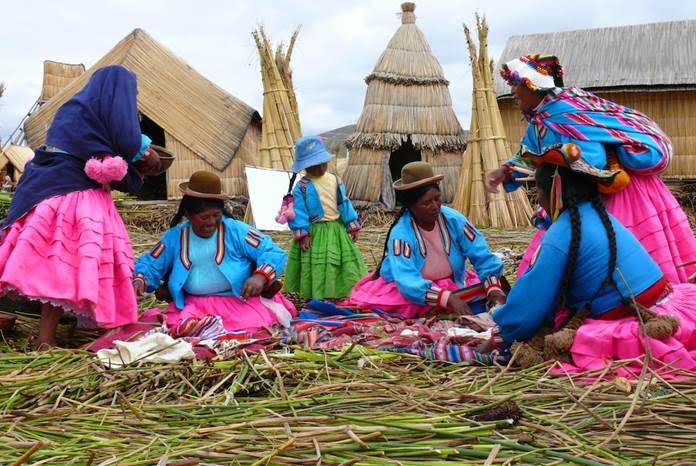 In 1998,
my family moved to Cusco, Peru as a result of the “Fujishock,” the 1990 economic
adjustment announced by then-president Alberto Fijimori to quell the country’s
unrest. The massive privatization of northern Peru had resulted in big
unemployment, and I wanted to actually use my professional skills as a tourist
guide and not just have my title adorn the wall.
Once in
Cusco, I applied to the faculty of tourism at San Antonio Abad University. I
wanted to become a tour guide because I was smitten by the city’s beautiful
cobblestone streets and gorgeous churches and arcades.
That same
May 1st I encountered for the first time the Aymara. They are indigenous
people who live in the Andes and in the Altipiano region of Peru.  Large
populations also  exist in Tacna and Cusco.
Almayrans
celebrate numerous feasts of virgins and saints, and it was during one such
festival, the Cruz de Mayo, held annually in Cusco, that I first came across
this fascinating culture. People were eating and chatting around a dressed
cross. Elsewhere a cluster of women were drinking beer (liter bottles!) while
their husbands quietly watched them dance and drink. I found the
situation very funny and unreal. One woman in particular caught my eye. She
seemed very proud, dressed in her silk blouse, her big gold earrings, and other
gold ornaments that adorned her shawl and hat.
On
weekends there is a highland fair where I again saw these jeweled, proud women.
This time though they were selling products. While they were conducting
business, the men were scurrying around and carrying supplies. It soon became
clear to me that the Aymara society is matriarchal.  We see further
evidence of this at the frequent parades sprinkled throughout their calendar.
Decked out in lavish costumes and dancing to big bands, the women carry thick
wads of cash in the pockets of their silk petticoats. (Using credit cards is a
foreign concept.) It is the women who pay for things; it also falls to the
women to run what is an active street and market trading in southern Peru.
Aymarans
are very protective of their culture and have many fascinating traditions. When
Peru was colonized they feared assimilation so strongly that, in order to
ensure they would not have any mestizo children, some of the women resorted to
suicide if they became pregnant by a European.
One of
their traditions involves something called a family “ayni.” If members of the
community are going to live together, the ayni helps them set up their
household by providing basics such as mattresses and appliances. If they get
married, then, God! Family and friends give them not only blessings and
furnishings but cash, a car, beer, trips, and more. This socio-economic system
reflects just how important to the Aymara people the values of reciprocity and
complementarity are.
Aymaran
weddings are interesting in their own right. They feature “sikuris,” Andean
musicians who play sampoñas (a type of Andean music) as the bride and groom
dance out of the church and are greeted by dancers and family. The reception is
enlivened by orchestras and live folkloric groups, and there is dancing and
food everywhere. The family dances around with boxes of beer on their
shoulders, and the celebrants dance carrying trays of cooked piglets.
(Ultimately both the beer and the piglets get consumed.) So everything is
jubilant. Notably, it is always the female in a given couple or family who
bestows the congratulations and gifts upon the bride and groom.
When I
asked an Aymara woman merchant her opinion of women’s empowerment, she answered
without hesitation: “What is that? I am what my mother and my grandmother
taught me: Be always strong. First comes work. Then raise strong and healthy
children who study and will help at home. Then the rest will come.”