CRIES FROM SYRIA, A SCORCHING DOCUMENTARY 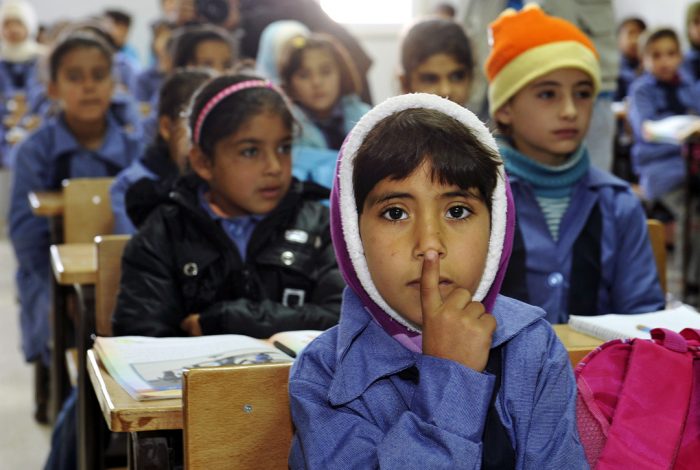 Refugee children come together in a classroom while coping with life as a child of war and conflict. The Za’atri refugee camp near Mafraq, Jordan hosts tens of thousands of Syrians displaced by the violence unleashed by Assad.   Photo credit: United Nations Photo / Flickr (CC BY-NC-ND 2.0)

The ongoing carnage in Syria is impossible to ignore for anyone who makes the least effort to keep up with world news. Yet it is hard to react with sustained outrage to an ongoing tragedy so remote. Or perhaps it is simply too painful for us to contemplate — especially if we feel there is nothing we can do about it.

But film can bring the reality home like nothing else. Several recently released documentaries warrant high praise for doing just that. One is Cries from Syria, which I saw during the Sundance Film Festival — jarringly up close, in a private home, at a screening hosted by the organization FiReFilms. By the time the final credits roll, one feels, well, violated. And that’s the intent.

Unbearable to Watch, Impossible to Turn Away
.
Cries from Syria is the most harrowing depiction of violence and tragedy I’ve seen in a long time. It is so horrific that at multiple points it seems almost impossible to continue watching, yet few would dare get up and leave. And that’s a good thing.