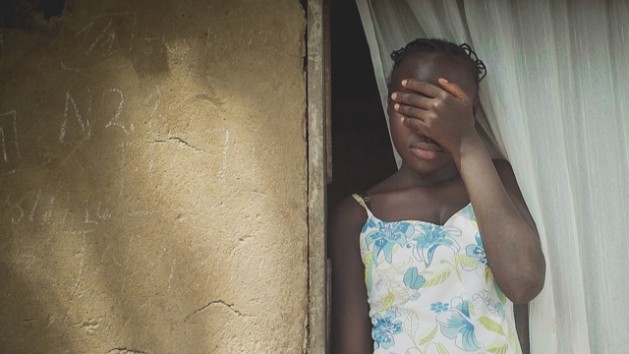 Shocking new revelations about what happened to children sexually abused in the Central African Republic by peacekeepers were revealed in a Code Blue Campaign press conference April 12. Credit: SVT

UNITED NATIONS, Apr 14 2017 (IPS) – Several survivors who were sexually abused by peacekeeping forces in the Central African Republic (CAR) continue to be neglected by the UN, an investigative team has found.

Three years after cases of sexual abuse and exploitation by peacekeeping forces in CAR became public, a Swedish film team located a number of survivors who have said that the UN’s children agency (UNICEF) promised support never arrived.

“The exposure isn’t that these atrocities were committed against the kids, but that they were then promised support and just vanished,” Co-Director of AIDS-Free World and its Code Blue Campaign Paula Donovan told IPS.

The organization first documented the cases of sexual abuse by French peacekeeping troops in 2015, causing public outrage. Children between the ages of 8 and 15, who were living in a refugee camp at the time, reported that they were forced to perform sexual acts in exchange for food and other goods. Fourteen French soldiers reportedly were suspected of being involved.

After speaking to UNICEF representative in CAR who said that the children are cared for and followed up with, investigative reporter Karin Mattisson and her team spoke to children who said otherwise. One such survivor is Martha who became pregnant and contracted HIV by a peacekeeping soldier when she was 14-years-old.

“Initially, UNICEF said that they would make sure that the soldier was imprisoned and take care of the mother and baby to help us. But then, nothing, no one came to visit. It was left to us to take care of the child,” her friend said. Martha said that all they received was a “present” of money equivalent to US$15, a bag of rice, milk and sugar. Meanwhile, the peacekeeper was sent home and it is uncertain if any punitive action was taken.