Stay And Fight Where You Are

by Kit O’Connell, Gonzo Notes, 1 March 2017.  I wrote the last issue of Gonzo Notes, about creating
resilience to both man-made and natural disasters, with a specific comrade
in mind. Just hours after the newsletter hit inboxes, I
found out my comrade Liam Shea had died. 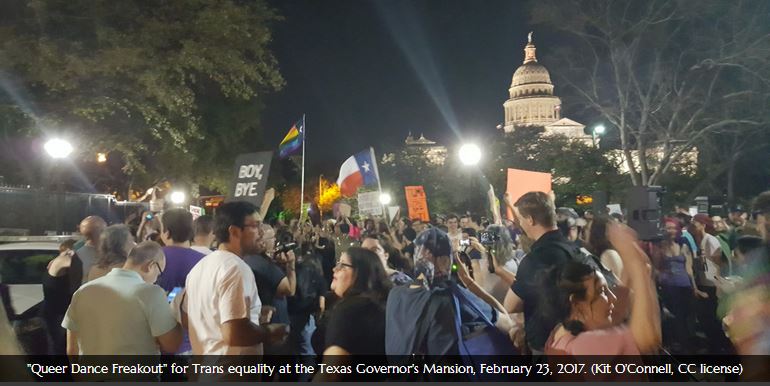 His death was devastating and unexpected to all his
friends and allies, but most of all to his partner Luna. His loss robbed the
world of a powerful activist; an old-school nazi-punching punk; someone who
had, time and again, put himself at risk for the needs of others, to the point
that he tattooed his knuckles with Y.N.W.A. (You’ll Never Walk Alone).

Infamously, during Hurricane Sandy, when the rising
waters had destroyed his phone, he simply stepped out his second story window
into the flood and spent the next two days cut off from the world, rescuing
people, refusing evacuation.
In the aftermath, he became a key organizer in
Occupy Sandy, which is why I spoke with him in 2014 for a MintPress News article on  community resilience that
in turn inspired my recent newsletter.
At the end of our conversation, I asked him if he thought
he and his neighbors would someday be forced to abandon his community due to
rising sea levels. I was surprised by how vehemently he denied that
possibility.
Instead, Liam insisted that his community would not
allow itself to be ‘gentrified’ with water. They would fight.
With Liam gone, and our political situation seeming
darker by the minute, I’ve thought a lot about how hard we all have to fight,
and where we should be fighting.
Whenever the Texas government does something
terrible, which is every day, you can find people in the comments sections
suggesting we abandon the state: let them secede and make everyone of a liberal
persuasion move away.
To my surprise, you can still find these same
arguments today. Even though the ruling regime makes it more clear than ever,
to those of us with privilege who are only just realizing it, that the toxin of
racism and nationalism knows no state boundaries.
The murderers are calling from inside the White
House, and they’ve always been there.
So where can we run? I imagined moving to a state
with legal marijuana (my favorite vice), only to witness our new attorney
general insist on upholding the old,racist war on drugs with renewed
fervor.
In a recent episode of Savage Lovecast, Dan
Savage quoted a famous speech by gay activist and politician Harvey Milk,
in which he imagines a gay Texas youth contemplating his grim options: suicide
or a lifetime in the closet.
“Then one day,” Milk says, “that child might open
the paper that says ‘Homosexual elected in San Francisco’ and there are two new
options: the option is to go to California, or stay in San Antonio and fight.”
I don’t blame anyone fleeing across the border into
Canada — their situation is that desperate. Yet Canada has problems of its own,
and its economy is dependent on ours. We cannot expect Justin Trudeau, Trump’s
brother by fossil fuel investment, to resist our fascist regime or protect our
refugees.
I, for one, will stay and fight — in Texas, or
wherever life takes me. I refuse to go back into the darkness. I’ll fight to
keep expanding the possibilities of hope for everyone, documented or otherwise,
trans or cisgendered, straight or queer, of all faiths and none.
Let’s stay, join hands, and fight for our neighbors
and ourselves.
“Neighborhoods like mine they want us fucking out
of here anyway. They’ll gladly gentrify us with water then they’ll do what they
want. It’s up to people to fight for their shit.” —