The Language of Women 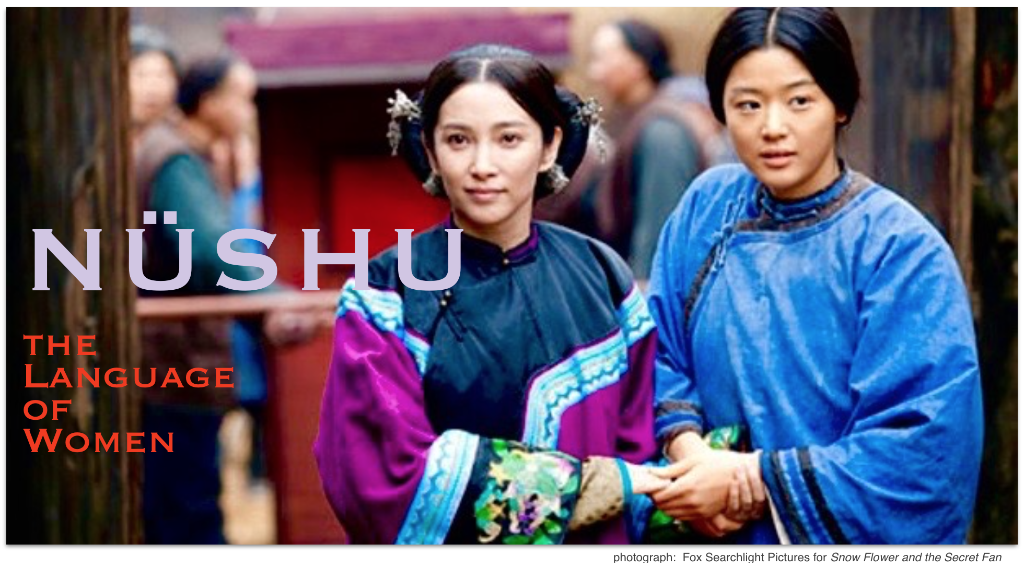 In 1982, an elderly woman collapsed in a rural train station in China.  When officers searched her for clues to her identity, they found a mysterious paper full of characters they couldn’t decipher and, under suspician that she was a spy using code, arrested her.   That finding began the slow and startling unveiling of a secret language that has been passed down for centuries among women in the Jiangyong county of Hunan province of China, written in calligraphy on fans and embroidered into the lining of coats.  Nüshu, women’s writing, astonished the world.

In Old China, arranged marriages and broken feet bound women to the confines of their husband’s homes where men were often absent, mothers-in-law abusive, and emotional support rare.   So, even before marriage, matchmakers were engaged to find auspicious life-long “sworn sisters,” who made elaborate vows and commitments of loyalty to one another.  Since they seldom left their homes, sworn sisters sent gifts by courier – fans and clothing, embroidered and painted in this cursive, subversive script.

Women could not read or write in China, as in most societies for most of human history.  But our days demand a meaningful story to hold them.   In this case, women ingeniously invented their own language to record their lives, a text born of necessity and longing.