US refugee programme suspended for 120 days and Syrian refugees barred until further notice. 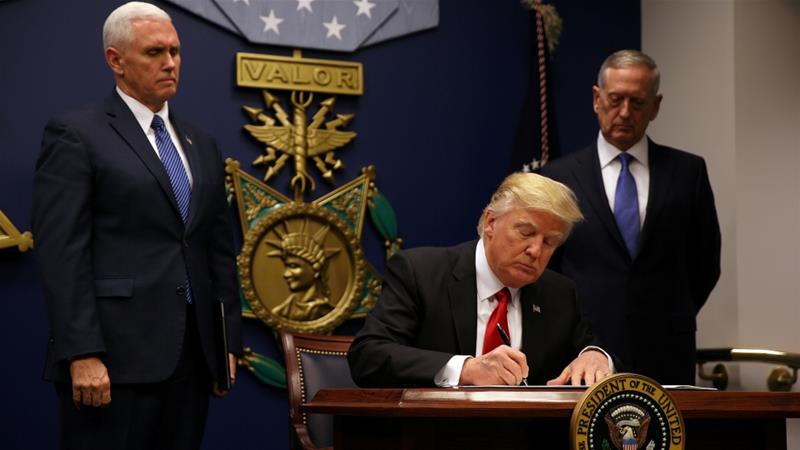 Trump signed the order at the Pentagon, saying the moves would help protect Americans from “terrorist” attacks.

“We only want to admit those into our country who will support our country and love deeply our people,” he said.

The order suspends the Syrian refugee programme until further notice, and will eventually give priority to minority religious groups fleeing persecution. Trump said in an interview with a Christian news outlet the exception would help Syrian Christians fleeing the civil war there.