Trump, a National-Socialist as Messiah of Jewish Occupiers and Third-Position Populists! 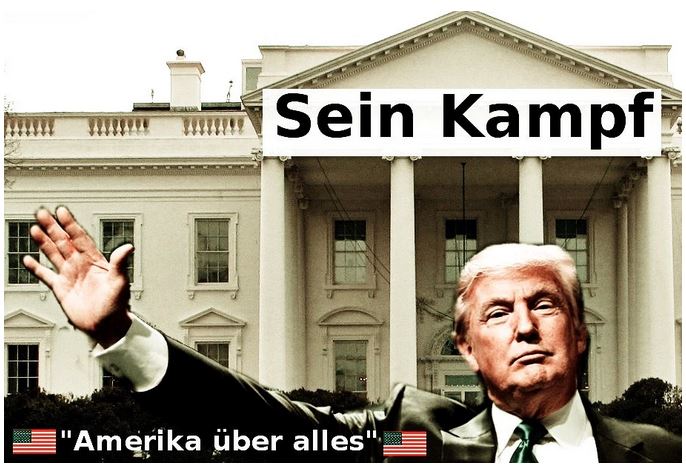 With Trump as the new US president in the White House, a Messiah for the
illegal Jewish occupation politics of judaization and ethnic cleansing of
Palestine, a freezing and unpredictable tweeting business man with a horrifying
cabinet of the worst kind is at the top of the US administration. According to
Forbes, his cabinet has a worth of $4,5 billion, the future Minister of
Agriculture and veterans not yet included. Also Trump with its 3,7 billion and
his wealthy advisers are not included. Part of the Cabinet are the designated
Minister of Commerce and hedge fonds manager Wilbur Ross, with a property of
approximately $2,5 billion, the Minister of Education Betsy De Vos, with a
property of approximately $5 billion, Rex Tillerson, nominated State Secretary
and for years the chief of the oil group Exxon Mobil, with a property of $325
billion and particularly spicy, Steven Mnuchin, the nominated Treasure
Secretary and previous hedge fonds manager at Goldman Sachs  with a property of approximately $300 million
! (5)
The left fans and
supporters of this president should think about if they really want to be among
more than obscure Third Position
populist supporters! Nobody should say they knew nothing about it!