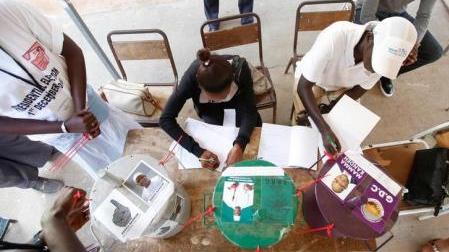 The head of Gambia’s electoral commission has fled to Senegal due to threats to his safety after declaring that President Yahya Jammeh lost last month’s election, a defeat the ruler has refused to accept.

He had declared opposition leader Adama Barrow the winner of the December 1 election, stunning many Gambians. Jammeh took power in a coup in 1994. His government gained a reputation for torturing and killing perceived opponents.

Jammeh initially accepted defeat but a week later reversed that decision and said he would not relinquish power. Njai maintained the validity of the election process but also said he was worried for his safety.

Jammeh’s decision to stay in power has been condemned internationally and started a countdown to potential crunch on January 19, the day Barrow is due to be inaugurated. West African forces from the Ecowas regional bloc say they will attend the ceremony. They have also put their forces on alert, raising the possibility of military intervention. Jammeh called that decision a “declaration of war”.

Over the weekend, Gambian security agents closed three private radio stations, making it harder for the incoming government to communicate with its supporters.

Barrow’s victory was initially seen as an unexpected triumph for democracy in Gambia, which gained independence from Britain in 1965 but has since had only two presidents.