Gambians ready to rebuild their country ‘from scratch’

Following the departure of their former president, Yahya Jammeh, Gambians reflect on the opportunities ahead. 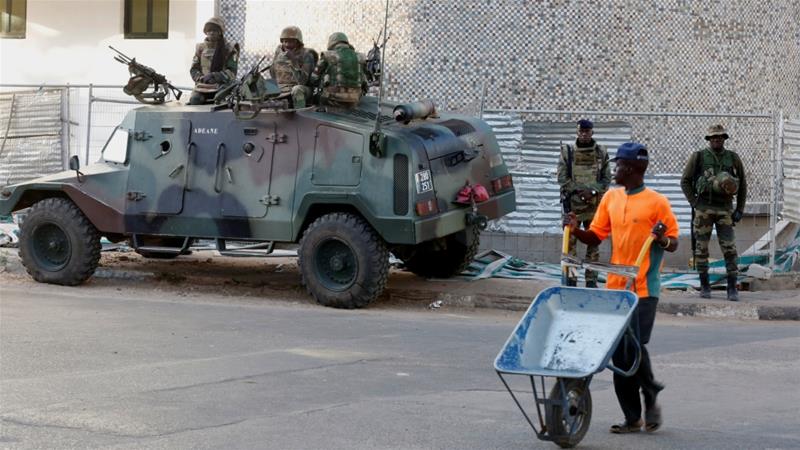 On Saturday, Yahya Jammeh boarded a private jet with a smile on his face. Holding a Quran in one hand, the former president of The Gambia waved at a group of about 50 well-wishers who had gathered on the tarmac.

Outside Banjul airport, the streets of the administrative capital were quiet. Fearing violence and unrest, many residents had left the city – either for rural towns elsewhere in the country or for neighbouring Senegal. But on the beaches on the Senegambia strip and in the Westfield district inside the Serrekunda suburb, some 13km from the capital, thousands were on the streets celebrating a new political dawn.

The president who had run their nation for more than 22 years had finally accepted defeat and left the country, heading for Equatorial Guinea. A painful chapter in West African history had closed. And many Gambians could hardly believe it.

“Two things come to my mind when I think of Jammeh’s 22-year rule: Fear and repression,” says Sait Mait Jaw, a history lecturer and activist.

“A lot of people have disappeared, [been] tortured and forced into exile. Gambians under Jammeh were like people with a mouth but no tongue. We could not share how we felt about the regime openly or even when with friends,” says Jaw, who was one of the thousands of Gambians who spent time in jail without charge under Jammeh.