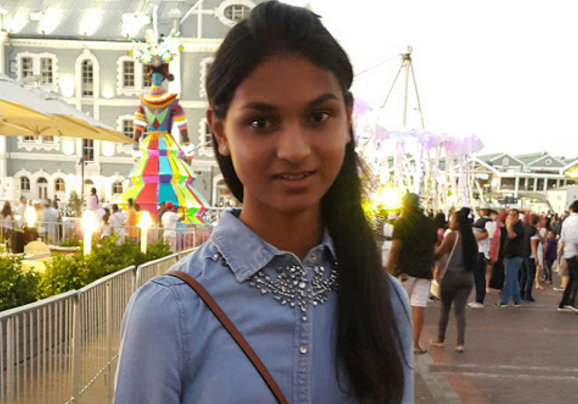 A South African schoolgirl who won a science fair may help the country deal with the worst drought in its history, which has left millions of households facing water shortages. Kiara Nirghin, 16, won the Google Science Fair’s Community Impact Award for the Middle East and Africa with an idea called “No More Thirsty Crops” that uses orange peels and avocado skins to create a “super absorbent polymer” material that stores reserves of water. It will help farmers maintain their crops on a low budget, according to Google.

“Kiara found an ideal material that won’t hurt the budget in simple orange peel, and through her research, she created a way to turn it into soil-ready water storage with help from the avocado,” said Andrea Cohan, program leader of the Google Science Fair.

Nirghin said she came up with the idea when trying to find a way to help the country tackle its most pressing crisis. She researched materials before experimenting with orange peel and avocado skin, which she mixed and left in the sun to create the absorbent polymer.

“If the idea was commercialized and applied to real farms and real crops I definitely think the impact that drought has on crops would be reduced,” she says.

Now, the teen will get to work with a Google mentor to develop and field-test the polymer in hopes of moving onto the next round of the science competition. Beyond that, she says, she hopes she can “improve the world.”