Op-Ed. Why Europe must protect Palestinian civil society, and its own citizens, from Israeli oppression 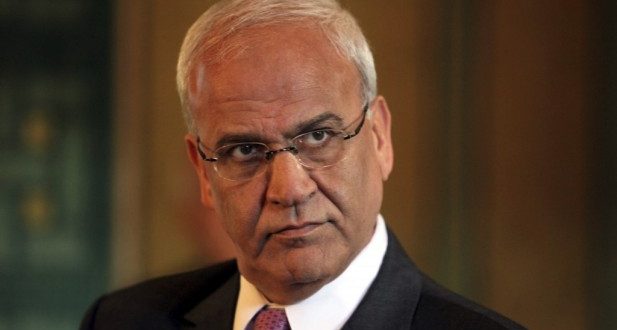 Israeli government officials have announced further measures against nonviolent actions by civil society. During the First Intifada, the Israeli occupation authorities deported non-violent activists and tried to prevent any peaceful demonstration against the imposed and oppressive policies. Nowadays, Israel, with some international support, is trying to quash a growing solidarity movement with the Palestinian cause for freedom and independence.

Over the past year, the Israeli government and other organizations have conducted a campaign against any expression of disapproval of the Israeli occupation of Palestine, its crimes and its racist policies. Palestinian human rights organizations, such as Al Haq, have been victims of orchestrated efforts aimed at jeopardizing their funding, including vicious attacks and hateful incitement that has led to death threats against some of their employees.

Regrettably, this campaign against Palestinian civil society and partners has been somehow accepted and even encouraged by some members of the international community. We were astonished to see an official European Union presence at two anti-BDS conferences, with the EU representative to Tel Aviv not only praising Israel for its “human rights record,” but also by publicly stating that “settlement products are welcome in European markets.”

Several EU representatives, including Federica Mogherini, have publicly committed that no concrete actions, other than statements, will be taken against Israeli violations of international law, just as the head of the EU Parliament, Martin Schultz, told his Israeli counterpart, a settler himself, that he is against the labeling of Israeli settlement products.

When the United Kingdom decided to criminalize boycott campaigns against the Israeli occupation, we made clear to British officials that it is no longer acceptable for any government to claim support for the two-state solution while granting immunity to Israeli crimes and systematic violations of international law.

Furthermore, over the past few months some other governments have expressed willingness to tolerate Israeli violations of international law, such as the Paraguayan foreign minister going on record to declare that Jerusalem’s Old City is not under Israeli occupation, while Colombia signed a Free Trade Agreement with Israel that provides preferential treatment to Israeli settlement products as regular Israeli products.

While Israeli settlements continue to grow, including its associated settlement industry and regime, Palestinian homes continue to be demolished. The maximum the international community is willing to offer in this regard is condemnation rather than concrete actions to end the oldest foreign military occupation in modern history. No matter how many U.N. resolutions are violated by Israel, certain countries not only are unwilling to act, but also prevent their own civil societies from taking action against human rights violations in Palestine.

It is precisely in response to the lack of international political will to assume responsibilities towards the inalienable rights of the Palestinian people, that several groups of Palestinian, Israeli and international civil society are leading courageous campaigns that show the reality on the ground and ask for concrete action from the international community. They have all become a target for the Israeli government and its associated organizations, despite the fact that not all of them call for a boycott of Israel.

The latest Israeli announcement to deport or deny entry to foreign passport holders that are involved in peaceful campaigns against the Israeli occupation, not only reflects the extent of control that Israel has over the borders and every person in Occupied Palestine, but exposes the Israeli government’s will to end any peaceful resistance against its systematic violations of Palestinian human rights.

The least we could expect from the international community, particularly Europe, is to take an active role in supporting the right to take peaceful action against human rights violations, rather than supporting, either directly or indirectly, the attempts to criminalize such actions.

Palestinians will not sit idle while Israeli bulldozers continue to demolish Palestinian homes and label Palestinian land for settlement construction. People of good conscience will continue to act in order to stop this colonialist crime. Not all governments may be willing to stand on the right side of history, but they should at least support and protect their citizens that don’t want to be complicit with the systematic denial of the Palestinian people’s rights to freedom and independence.