March 6, 2016February 23, 2021 by Milena Rampoldi
by Kit O’Connell, MintPress, March 2, 2016. In 1989 for example, Israel was accused of training
paramilitary forces belonging to Colombia’s deadly Medellin drug cartel, a
group responsible for the deaths of numerous government officials, police and
civilians. 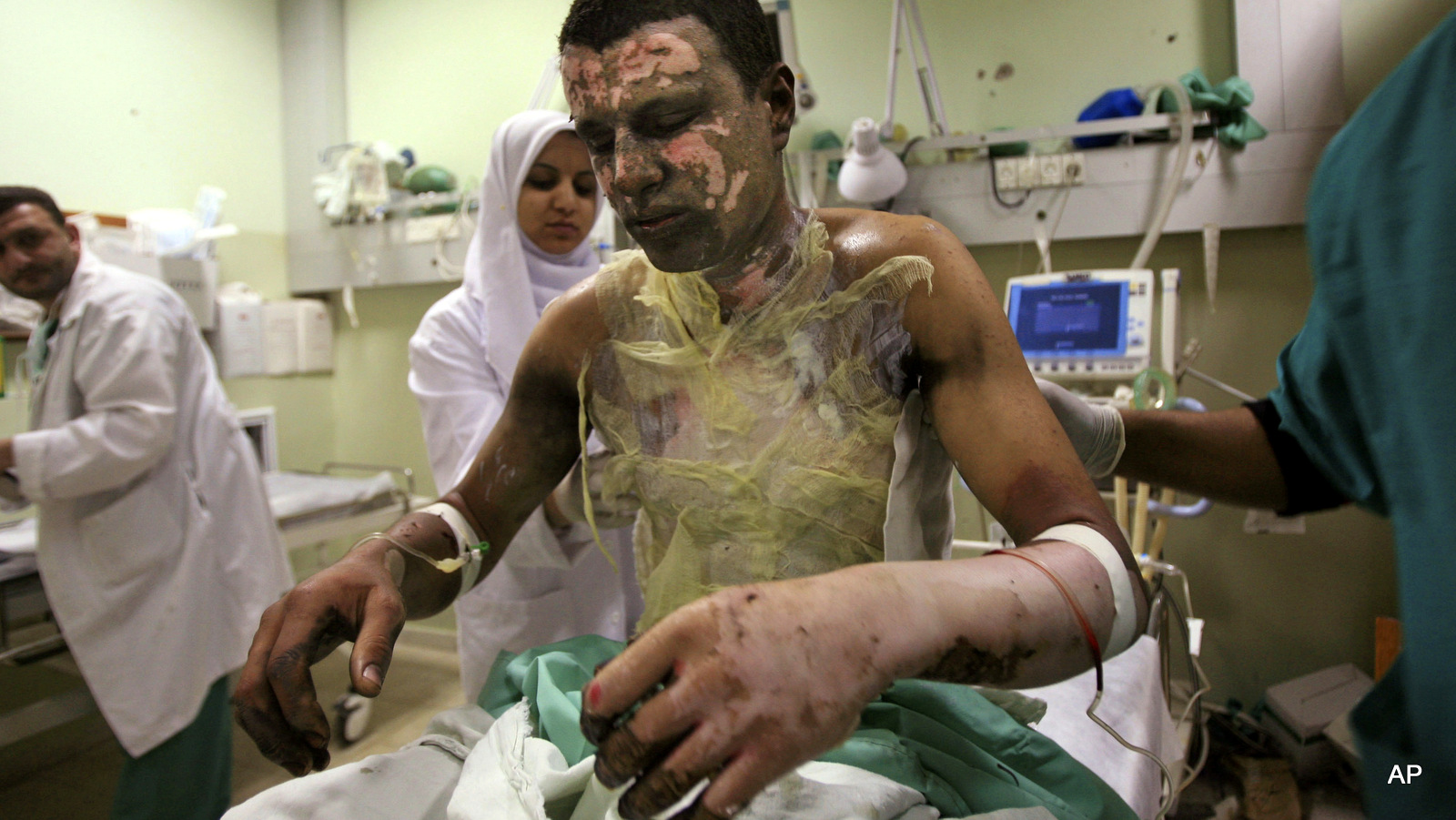 In this Sunday, Jan. 11, 2009, file photo shows Palestinian Akram Abu Roka
is treated for burns at Nasser Hospital in Khan Younis in the southern Gaza
Strip. Human Rights Watch issued a report Wednesday, March 25 2009 that Israel
fired white phosphorous shells indiscriminately over densely populated Gaza,
and that this is evidence of war crimes.
AUSTIN, Texas — Despite its apartheid policies toward
Palestinians and other minorities, Israel is often cited as the Middle East’s
only democracy and a preserver of human rights within the region.
Not only does this public image sharply
contrast with the reality of Israel’s brutal treatment of Occupied Palestine and the country’s institutional racism, but its government also has a
history of supporting repressive regimes and human rights violations worldwide.
South of our border, Israel has used its
experience in suppressing indigenous uprisings to aid Mexico with the
Zapatistas, an ongoing Mayan uprising based in the Chiapas region. Writing in
2013 for Electronic Intifada, a news and activism site focused on Palestinian
liberation, Jimmy Johnson and Linda
Quiquivixreported that the freshly appointed security
chief for Chiapas region, Jorge Luis Llaven Abarca, was working closely with officials
of Israel’s defense ministry to train his forces.
“This may be the first time the Mexican
government has gone public about military coordination with Israelis in
Chiapas,” Johnson and Quiquivix wrote. “Yet the agreement is only the latest in
Israel’s longer history of military exports to the region, an industry spawned
from experiences in the conquest and pacification of Palestine.” 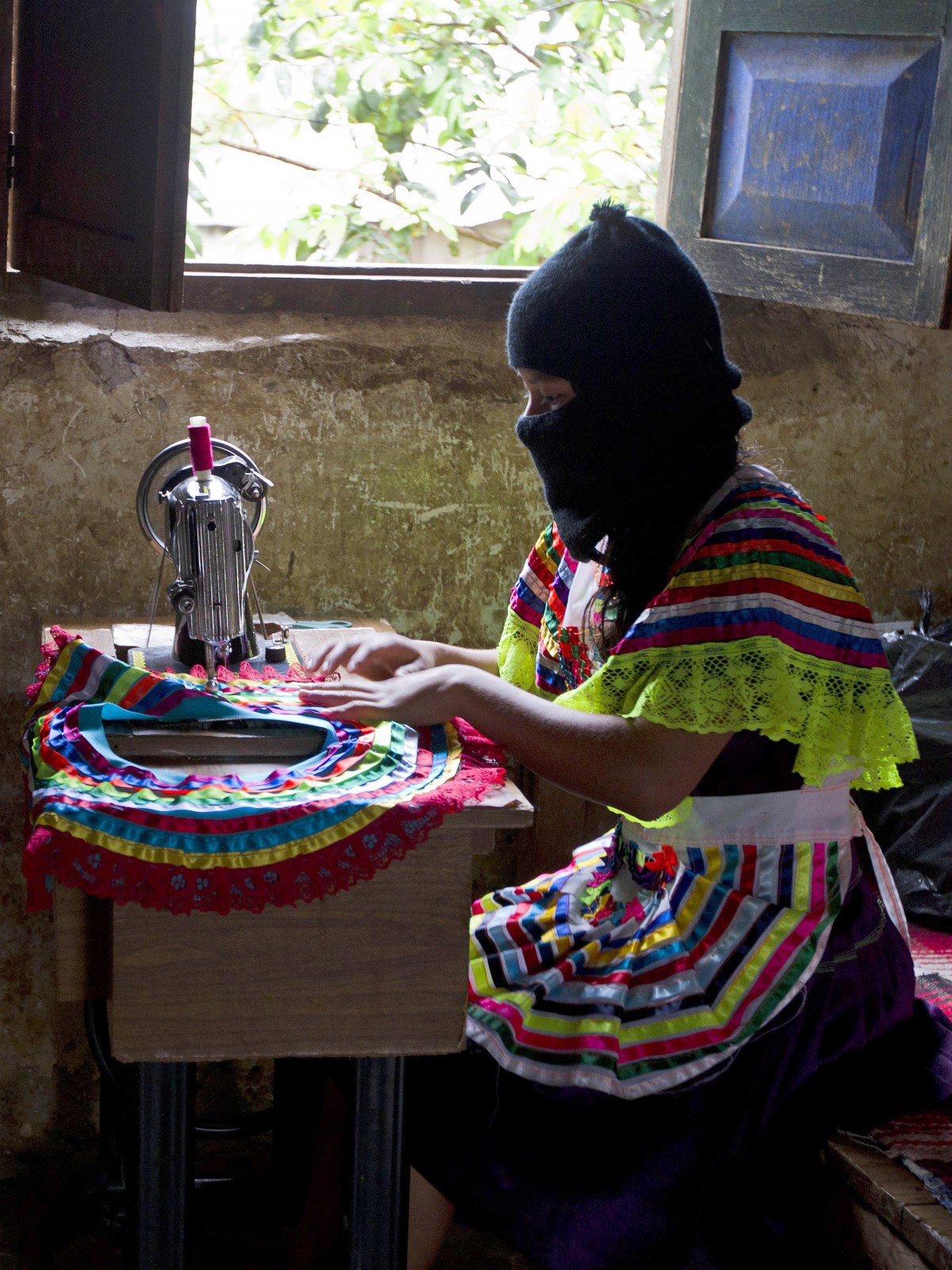 (AP Photo/Christian Palma)
The Zapatistas in turn have repeatedly
voiced their solidarity for the Palestinian people. In 2014, after Israel’s
devastating attack on Palestine that left over 2,000 dead, mostly civilians,
and over 500,000 homeless, a Zapatista spokesperson condemned Israel’s “war of
extermination.”
Comandante Tacho reminded Israel that “the PALESTINIAN
people will resist and will rise again, that they will once again begin to walk
and that they will known then that, although we are far away on the map, the
Zapatista peoples embrace them today as we have before, as we always do, with
our collective heart.”
More recently, Israeli weapons and technology firms have helped arm U.S. forces fighting in what journalist Abby
Martin termed a secret
war at America’s borders.
Further from the U.S., Israel has been
widely criticized in the international community for selling arms and military
equipment to troubled African states, despite their repeated use in war
crimes. An investigation by Adv. Itai
Mack and Idan Landau, published in May 2015 by +972
Magazine, a blog devoted to analyzing Israel and Palestine, revealed that
“[s]ince the 1960’s Israel has been fighting a secret war in South Sudan”
resulting in Israeli-made arms being repeatedly used in war crimes and
violations of human rights.
Mack and Landau reported:
“Despite the world’s reaction, Israel’s secret war in
South Sudan continues according to reports and information provided by human
rights activists who have been, or still are, in South Sudan. Since the
country’s independence, Israel has continuously sent it weapons, training
government forces and providing various security-related technologies. There is
also a cooperation between the two countries’ secret services, and Israeli
entities have established an internal control and surveillance system in South
Sudan, which they continue to maintain.”
They also noted that Israeli aid for
oppressive forces in South Sudan echoes the country’s aid for Rwanda’s despotic
government during the 1990s.
And in August 1989, a Los Angeles Times
investigation by Kenneth Freed uncovered an Israeli-produced videotape showing
Israeli instructors training paramilitary forces belonging to the deadly death squads of
Colombia’s Medellin drug cartel. The LA Times reported:
“The 48-minute color videotape clearly showed former
Israeli army Col. Yair Klein running military and assassination training
exercises for about 50 men, including one known as Vladimir. Other foreigners
speaking Hebrew were shown and heard on the videotape.” 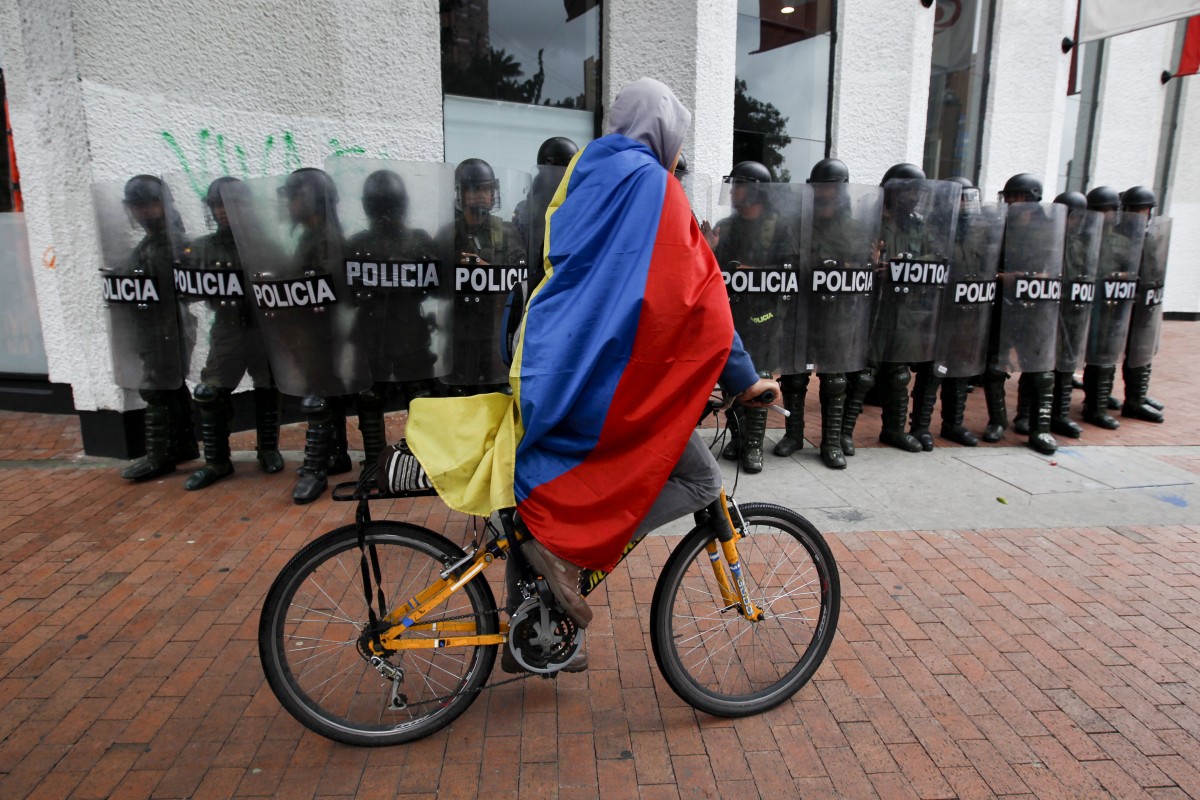 A demonstrator wrapped in a Colombian flag rides past riot police during
protests in support of protesting farmers in Bogota, Colombia, Thursday, Aug.
29, 2013. Students marched in support of farmers who have been blockading
highways for more than 10 days for an assortment of demands that include
reduced gasoline prices, increased subsidies and the cancellation of free trade
agreements. (AP Photo/Fernando Vergara)

Vladimir and other members of the Medellin
cartel were arrested that month in connection with the deaths of four Colombian
judges and nine court workers.
In a September 2015 analysis for
Electronic Intifada, “Israeli arms fuel atrocities in
Africa,” Rania Khalek noted that support for oppression can be seen as
part of a long Israeli tradition.
“Decades of stealing and colonizing Palestinian land
and resources has qualified Israel with unique expertise in subduing resistance
and maintaining colonial plunder,” she wrote.