by Falastin News Staff, March 21, 2016. One of the zionist major tools to face the growing BDS is to portray “israel” as a modern industrial country that the world “cant live without their genius products”. They try to beautify the Zionist achievements in technology and especially in the hi-tech industries and to promote the Intel, Microsoft, Siemens and other products as theirs, and that every computer has an “ israeeli” component within it.

This is crucial for the Zionist simply because their economy depends precisely on this. Most of the Hi-tech companies operating in “israel” are western companies that if they withdraw it will mean the collapse of the Zionist “inventive mind” of high-tech, and this would deprive them from one of their major prides using the modern Western inventions attributing it to them and their “genius jewish mind”.
Following the history of creating “Israel” one can easily see that it is a parasite nation that lives on the effort of others nations:
First, it was Britain that promised them Palestine and toiled for 30 years starting from the Balfour Declaration up to the announcement of the de facto Zionist jewish state in 1947. It was the British money, the British military occupation of Palestine and the British facilitation to creat “Israel” on the rubble of the systematically devastated Palestinian socio-economic structure for thirty years culminating in the ethnic cleansing of Palestine by the British-built Zionist terrorist army in 1948.
Second, as soon as “Israel” was created floods of funds were directed to it by the Zionist global movement using the holocaust. The Zionists milked Germany for decades in the name of the holocaust getting more than $63 billions which can turn any country into the the most modern one in the world.
Third, in the early 1960 the French nation built the Zion a nuclear reactor paving the way for the nuclear Zionist occupation to be a major power controlling the Middle East.
Forth, and even before the establishment of the Zionist entity, America has stood firmly to help the Zionists starting from supporting the ethnic cleansing of Palestine up to the yearly $4 billions as a direct and military aids to further torture the Palestinians. The American financial aids to the Zionist occupation exceeded $133 billions, a sum that can turn even Somalia into the first industrial nation in Africa in a few years if invested there.
So, the Zionist claim to be an inventive nation is a false claim for two resons; first they are a parasite nation that depends completely on the charity of other nations, AND, second because their developed industry is Western made, in the first place through the Western companies operating in “Israel” or through the Zionist theft of the Western technology.
The only pride that the Zionist can boast of is their security and military experience in occupying, suppressing the Palestinians and testing their torture and chemechal weapons on the occupied people by using different techniques of torture and also different kinds of zionist innovative weapons. 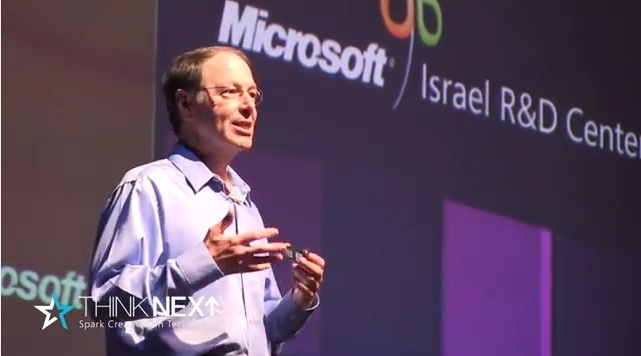 Yes, the zionists are experts in assassination and extrajudicial killing. They export their criminality experience into other countries as they train death squads  of the dictator regimes in Africa and South America. They have a rich history in terrorism even before the inception of their entity. terrorism and criminality is their major that they can be proud of.

“israeli innovation”? This is the first time I know that Microsoft is an “israeli” innovation !!
Precisely within the Zionist pride of suppression and misuse of weapons on the Palestinians, the Western hi-tech companies should divest from there and stop being partners in providing the Zionists with modern technology to be used and tested against the occupied natives.
We shouldnt be part of the Zionist propaganda promoting their “genius” inventions that have proven to be false but western technology used by the Zionists to further torture the Palestinians.