happy to publish the interview of the author William Hanna with Dr. phil. Milena Rampoldi of our editorial team.

As you will read in the following, the matters were Israel, Palestine, justice, Zionism.

Happy to read your comments soon.

Shortly, ProMosaik e.V. will publish a book of articles of William Hanna entitled “The Tragedy of Palestinian Children”.

William Hanna is donating his share of the proceeds from
this book to ProMosaik e.V to help it with its work.

Thanks to William for his gift!!

William Hanna Interviews Dr. phil. Milena Rampoldi
November 4, 2014
William Hanna:
I am going to pay you the
compliment of not asking any soft questions. So perhaps we can start
with some background information about yourself, when did you first
became aware of and involved with the Palestinian cause, and how did
ProMosaik get started?
Dr. phil. Milena Rampoldi:
ProMosaik got started
this year in January. When I started publishing the book that I had
written for over 20 years from a young age, I thought about doing
something for human rights and society. So in April 2014 I started
working for the association ProMosaik e.V. which sees itself as a portal
for the intercultural and interreligious dialogue. As indicated in our
“Manifesto” we stand for human rights, tolerance, intercultural empathy,
interreligious empathy, and multicultural society and peace and
justice.
When the Gaza
invasion started in July 2014 I had just moved to Turkey with my
family, and I started writing articles and interviews about Gaza to show
people how contradictory Judaism and Zionism are. We published many
pictures, exchanged many messages with Jews around the world, and
understood that the way to end the tragic killing of so many children
was to make Jews aware of their natural anti-Zionist inclinations which
are more compatible with Judaism and Peace.
William Hanna:
Though I am an atheist I
respect the fact that you are a believer, so can you please explain why
religious leaders — Christian, Islamic, and Judaic — have not only
continuously failed to practice the ethical tenets of their religions by
condemning crimes against humanity, but have also actually tolerated or
incited hate crimes either by direct action or by their silence? Why
for Example has that sanctimonious hypocrite the Pope remained silent
throughout the recent Israeli atrocities in Gaza? When are Sunni and
Shiite Islamic clerics going to stop fighting each other and instead
unite in defence of Palestinian human rights; and how can many rabbis
reconcile their fervent prayers at Jerusalem’s Wailing Wall with their
racist remarks such as “Palestinians are animals who do not deserve to
live”? Are all these sanctified disciples of their respective
monotheistic Gods fearful of being branded as anti-Semites or
self-hating Jews? 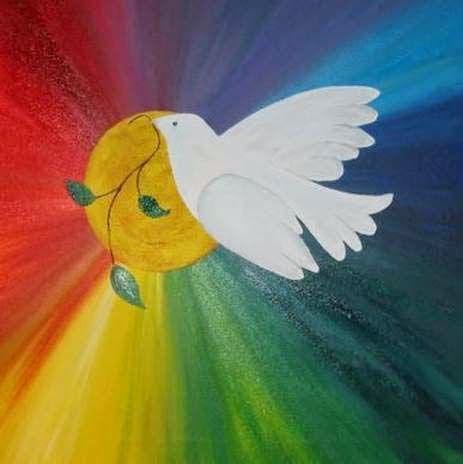 Dr. phil. Milena Rampoldi:
Before answering to your
question, I would like to shortly explain my relation to atheist
positions. I consider atheism as a, in a logical sense, negative way of
relating ourselves to God, because all atheists I know have passed
through the step of thinking of God’s existence, by coming to the final
subjective conclusion that God does not exist. Therefore, from my point
of view atheism has to be involved into the interreligious dialogue, and
this also applies to Israeli society, in which there are Jews who are
ethnically speaking part of the Jewish people, but not monotheistic
believers. Now I would like to answer to the first part of your
question, by talking about the tragic relation between religion and
violence, religious belief and manipulation of sources to justify
invasions and aggressive wars.
History is
made of so called religious wars because people, instead of seeing
religions as religions of peace, manipulate their sources to justify
war. And this is true for all religions, but in particular for sister
religions like Judaism, Christianity, and Islam who are chronologically
following revelations made by God in history, as monotheism strongly
believes in God’s presence in history. Of course, as Muslim I believe in
all three revelations, by affirming that Islam is the last revelation
by God in history by His last Prophet Mohammed. For me Judaism has an
essential importance as first religion of peace and justice, followed by
Jesus’ message to Jews, and then by the universal message of submission
to God by the revelation of Allah made to the His last Prophet
Muhammad.
I distinguish
two fundamental levels of religion: the first is the religion written
in heavens, and as a consequence the true revelation as wanted by God,
and the second level is the human interpretation of religion, which very
often means manipulation to justify violence. We have to work hard as
believers to move our religious community away from the present culture
of hatred to the culture of peace, justice, and understanding. It is a
hard path, but by eliminating religions from the socio-political debate,
we will miss the point, I think because we see that there is a revival
of religious life as soon as religion is repressed by a state or system.
Jews, Christians, and Muslims in the Middle East have urgently to
rediscover their peaceful religious traditions to build up a
long-lasting peace.
In your
question, you are talking about two negative ways by which religion is
connected with violence: by incitation to violence, as we can see at the
moment in the strategy of ISIS which is the absolute opposite of
Islamic State as it is conceived in the Quran, and in the right-wing
rabbis in Israel, inciting to genocide against Muslims, which is the
absolute opposite to the following quotation from Mishna I love so much
and which says: “Who saves one soul, saves the whole humanity”.
For what
concerns the Pope, I personally think that Pope Francis is much better
than the previous Pope and I hope that the Catholic Church will open its
eyes to defend the oppressed Christian minority in Israel.
The fight and
division between Sunna and Shia is a completely wrong interpretation of
Muslim hermeneutics, and is a suicide of Muslim Ummah, perpetuating
today by American and Israeli neo-colonialism in the Middle East. I can
only say to my fellow-Muslims again and again that this internal war
inside the Ummah will destroy Islam, and that only the super-powers and
Zionism will profit of it. The same can be said about Judaism whose
crisis just permits Zionism and right-wing Ultra-Zionism to flourish in a
State of Israel committing suicide by detaching from the authentic, and
life-glorifying Judaic ethics.
The
dehumanisation of Palestinians as described by the brave Israeli
journalist Gideon Levy, to whom I owe so much, is the most tragic
example of corruption of Jewish soul by Zionist Apartheid ideology.
Zionism wants to establish a world-view in which others must not just be
discriminated in a traditional racist approach, but have to be
dehumanised to banish them from the Torah-oriented view of life and
humanity. The same theory of dehumanisation is applied to African
refugees as I have shown by analysing the conferences and articles by
the Israeli researcher David Sheen. 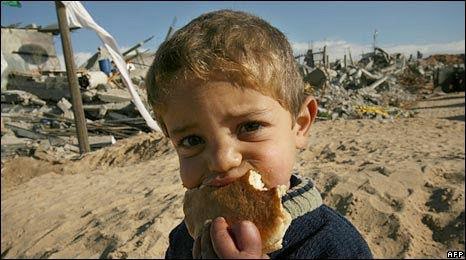