By Domenica Ghanem, Otherwords, President Joe Biden has repealed the Muslim ban. As the news rolled in, I remembered how I felt four years ago, when the Trump administration first announced its intention to ban people from from several Muslim-majority countries from entering the country. The feeling wasn’t incredulity. I distinctly remember my first reaction being something akin to: “well, duh.” 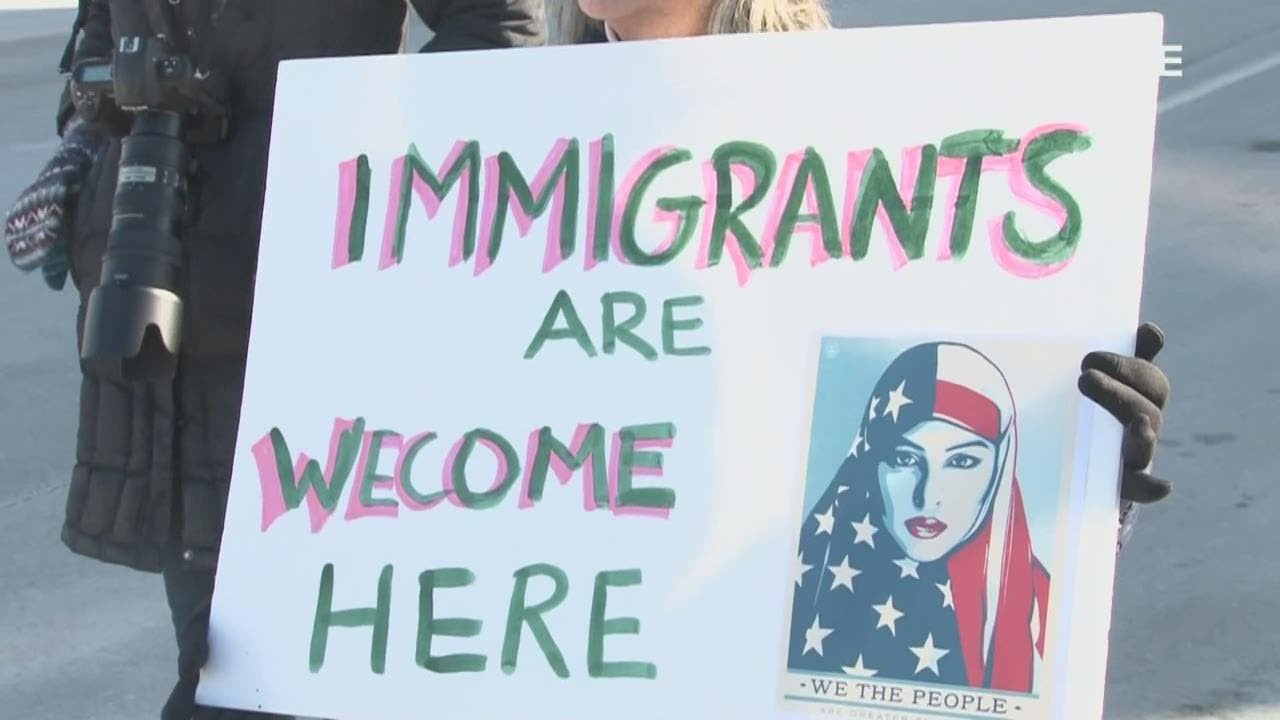 As a Muslim American, it was the obvious outcome of the Islamophobia that has plagued my community since the 9/11 attacks, when I was in the third grade.

That’s not to say its impact was negligible.

Trump’s Muslim ban separated families who missed birthdays, weddings, funerals, and other moments they’ll never get back — a feeling many more of us can relate to now that COVID-19 has kept us apart. And it took a special kind of cruelty to deny entry to refugees, asylum-seekers, and immigrants whose homelands our own government’s wars have ravaged.

Despite the brutality of the policy, it should not have come as a surprise.

Donald Trump ran a campaign largely based on in-your-face Islamophobia — for example, inventing a lie that he’d seen Arab people in New Jersey cheering the attack on 9/11. As an actual Arab person from New Jersey, I can tell you we were just as shocked and saddened as everyone else.

In December 2015, Trump began campaigning openly on his Muslim ban, calling for “a total and complete shutdown of Muslims entering the United States.”

What happened next may have shocked some well-meaning Americans. An NBC poll found 25 percent of Americans supported Trump’s Muslim ban just after his announcement. By March, 51 percent were in favor.

But it didn’t shock me. Like much of what would become a hallmark of Trump’s presidency, he was merely saying the quiet part out loud. For decades, national political figures of both parties have practiced what law professor Khaled A. Beydoun has called “cautious Islamophobia,” refusing to see Muslims as anything more than a national security concern.

It’s the menacing portrait of Muslims the media paints that equates the word “terrorism” with crimes committed by brown people. Or my white middle school friends joking “Don’t bomb me!” when I expressed disagreement in regular conversation.

This kind of Islamophobia has consequences. It breeds a culture that dehumanizes your Muslim neighbors. That way, when you see people who look like them being bombed because the United States wants to control their oil exports or make billions selling weapons, you can write them off as dangerous, their deaths deserving neither thought nor prayer.

Donald Trump may be gone and his Muslim ban repealed, but if we want to say “That was not my America” and mean it, we have a long way to go.

For instance, we should create a pathway to citizenship for immigrants who want it and expand the number of refugees and asylum seekers we welcome, as President Biden has proposed.

But that’s not all.

We should also permanently end our weapons sales to countries like Saudi Arabia and Israel, who have used them again and again to kill civilians and violate human rights. We should rejoin the Iran nuclear deal and abide by its terms. We should end our “forever wars” in countries like Iraq, Afghanistan, Somalia, and Syria. And we should stop the surveillance and over-policing of Black and brown communities.

In short, ending the Muslim ban should begin a bigger process of healing the harms this long-term dehumanization has caused.

Before we let the horrors of the Trump administration fade away like a fever dream, we have to ask ourselves how we got here. Otherwise, it’s going to become a recurring nightm