By Al-Jazeera, 17 January 2021. Afghan officials blame
the Taliban for the attacks, an accusation the armed group denies. 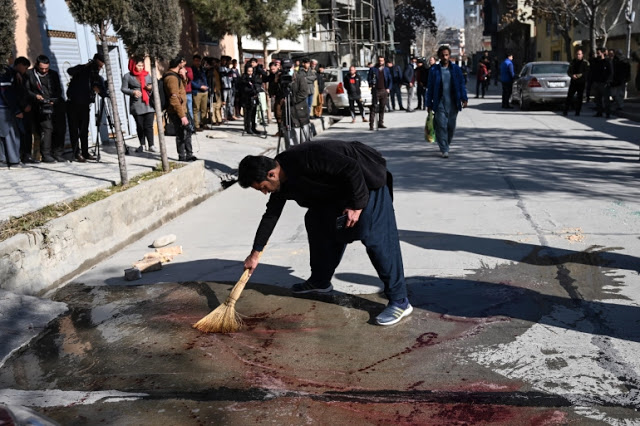 Two female judges have
been killed by unknown gunmen in an ambush early on Sunday in Afghanistan’s
capital.

The attack on the
Supreme Court judges took place as they were driving to work, Ahmad Fahim
Qaweem, a court spokesman, said. Kabul police confirmed the attack.

No one has claimed responsibility for the attack and spokesman for
the Taliban armed group Zabihullah Mujahid said the group was not responsible.

Violence has surged across Afghanistan in recent months despite
ongoing peace talks between the Taliban and government – especially in
Kabul where a new trend of targeted killings aimed at high-profile figures has
sown fear in the city.

The latest attack comes two days after the Pentagon announced it
cut American troop levels in Afghanistan to 2,500, the lowest in nearly two
decades.

Afghanistan’s Supreme Court was a
target in February 2017 when a suicide bomb in its car park killed at least 20
court employees and wounded 41.

In recent months, several prominent Afghans – including
politicians, journalists, activists, doctors and prosecutors – have been assassinated
in often brazen daytime attacks in Kabul and other cities.

Afghan officials have blamed the Taliban for the attacks, a charge
the militia has denied. Some of these killings have been claimed by the ISIL
(ISIS) armed group.

Earlier this month, the US military for the first time directly
accused the Taliban of orchestrating the attacks.

“The Taliban’s campaign of unclaimed attacks and targeted killings
of government officials, civil society leaders & journalists must … cease
for peace to succeed,” Colonel Sonny Leggett, a spokesman for US forces in
Afghanistan, said on Twitter.