By Milena Rampoldi, ProMosaik. 11 January 2021. Last week, we republished
Satya Sagar’s article entitled Vandalizing
democracy. Then I decided to interview Satya about important matters like
journalism, big capital, social injustice, and the crisis of democracy during
the Covid-19 pandemic. Would like to thank Satya for his time and important inputs. 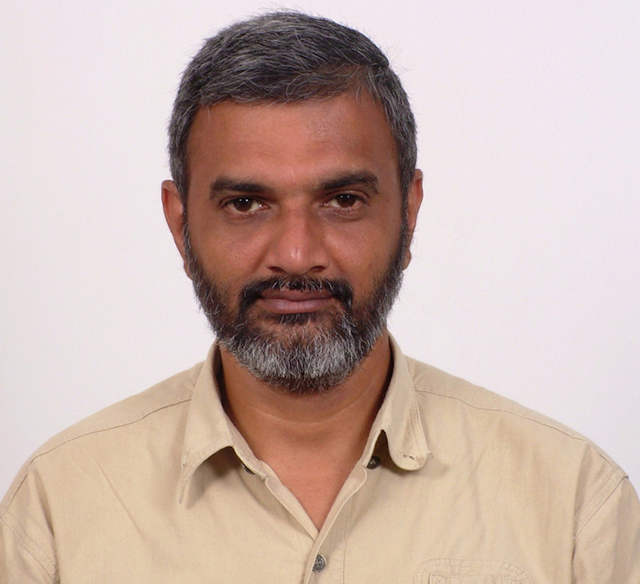 Why did you decide to become a journalist?

I became a journalist accidentally. It
was due to my reluctance to pursue higher education in college as I was – at
the age of 19- convinced that formal education systems, which emphasize getting
through examinations and focus on certification alone are responsible for
creating an anti-learning culture. I thought at that time – at least in the
Indian context – that the more number of academic qualifications one gathered
the less knowledgeable one became. So I decided to go into journalism as it
seemed to give me the freedom to learn at my own pace and without being bound
by narrow pathways, do’s and don’ts. Over the last 35 years of being a
journalist I cannot claim to have become very learned but can say I have
enjoyed the journey very much and still manage to keep my eyes and ears open to
new ways of thinking about the world. Sadly, much of journalism itself as a
profession is too dependent on big money for its survival and is not interested
in knowing or telling the truth. So for the last fifteen years I have been
working more as a communication consultant in the field of public health and
not as part of any mainstream media group. I write off and on for any
publication that is foolish or brave enough to publish what I have to say.

How important is the work of
journalist during the COVID-19 pandemic?

Since I have been working on public
health for many years and am also a journalist I have followed the details of
the Covid-19 pandemic closely in both its medical as well as social and
political dimensions. Journalists everywhere of course have a very important
role to play in helping the public understand all dimensions of the story.
However, this is not always easy as the world of medicine, while couched in the
camouflage of science and evidence is often full of prejudices that stem from a
variety of sources historically. Whether it is accurately assessing the actual
threat from the pandemic, critiquing the official responses, evaluating the
benefits of different treatment options and vaccination – journalists have a
lot of hard thinking to do before they write or say something. There is hardly
much time though for journalists to look at anything in-depth or from multiple
perspectives as the entire business model of media is dependent on grabbing as many
eyeballs as possible with simplistic or sensational stories.

Which are the main important topics you focus on in your articles?

I usually like to write about the
interface between science and society, particularly ecology and politics.
However, these days I am focusing a bit more on the role of finance capital on
shaping everything around us from culture to production to politics.

Tell us about your last article Vandalizing democracy?

In that article I have tried very briefly to say that the crisis
of even very established democracies such as the US is because their national
and indeed the global economy itself has been taken over completely by those
who can create money ‘magically’ out of nothing. The world’s financial
architecture is rigged totally in favour of those who don’t produce anything
worthwhile for the benefit of the planet but know how to multiply their
existing capital many times over through all kinds of manipulations. The world
has been capitalist for long but today economies, and through that our
politics, culture etc. is being governed entirely by a bunch of voodoo
operators posing as hedge fund managers, digital service providers, arbitrage
artists etc. Big finance is vandalising all our institutions, trashing the
Earth and replacing democratic process or principles with the capriciousness of
a gambler in a casino. It is time to reclaim our world from these con men.

The pandemic, like all the ones before
in human history it has brought deep seated prejudices, fears and the base
survival instincts among ordinary folks. This has been taken advantage of by
those who run the world – whether it is state officials or their partners/masters
in the corporations and fund management business. Crisis is always seen as an
opportunity by some for manipulators to change the rules of the game without
consultation – which basically means to take the ‘demos’ out of ‘democracy’ and
impose the will of a few. Democracy ultimately – for all the noble theory
around it – is a result of the balance of terror in society. The answer to the
radicalism of elites -which is what we are witnessing now – should be the
radicalism of the masses. It is just a matter of time we will see major revolts
everywhere against those who want to rule without accountability, participation
or transparency. The pandemic has the potential to bring out both the best and
worst from the existing situation – which of this will win depends on what we
all do and how we do it.

How is the situation in India,
and which are the important measures which are urgently needed to protect poor
people in India?

In
India there is a huge inequality in wealth that is even more shocking as it is
also home to the largest numbers of poor people in the world. So a very tiny
minority has immense wealth – India has the 134 US dollar billionaires – while
nearly fifty percent of the population has stunted growth due to lack of proper
nutrition. At some stage the hungry have to eat the rich if India is to become
a just and democratic society. The crisis of health, disease, access to
healthcare etc. in India is very closely linked to inequality, lack of
resources or dignity for a majority of the people.