By Satya Sagar, Counter Currents, 29 January 2021. The tug-of-war between Indian farmers and government over new laws facilitating corporate takeover of the country’s agriculture is getting uglier by the hour and likely to get quite bloody too. 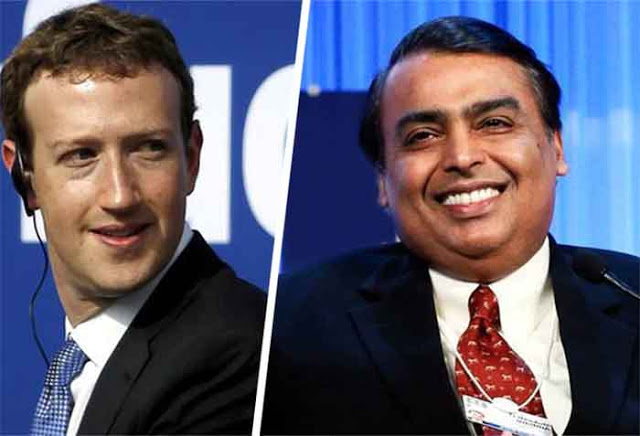 And when the blood does flow, it will not only be the hands of Indian corporates that will be drenched in red but also those of global investors backing them.

The Modi regime is using a few stray incidents of violence during the tractor rally by farmers on 26 January in New Delhi as an excuse for a brutal crackdown against them. Supporters of the ruling party, in an openly fascist move, are also stoking mob violence against the farmers, many of whom are from the Sikh religious minority.

Watching the evolving situation anxiously, along with many Indians, are also a bunch of big investors sitting in remote foreign capitals. At stake for them are billions of dollars funneled through Indian corporates like Mukesh Ambani’s Reliance Industries and the Gautam Adani Group, who are their battering rams to smash open the doors of India’s vast agricultural trade and online food purchase markets.

“India is a special place for us. We are also committing to work together on some critical projects that we think are going to open up a lot of opportunities for commerce in India” Zuckerberg was quoted as telling media after inking the deal with Reliance in early 2020. (It was not a coincidence that within just a few months of this investment the Modi government approved the three farm laws too[2]).

No, Facebook or Reliance are not planning to dirty their hands and plough the fields of Punjab. The idea is primarily  to dominate India’s rapidly growing e-grocery market size which is expected to touch  US$18 billion by 2024[3]. E-commerce companies selling essential items experienced a huge upsurge in demand during the Covid-19 lockdown in India, considered one of the biggest markets of the future.

Facebook-owned WhatsApp, which was recently allowed to  provide online payment services, has an estimated 400 million subscribers in India. They will be  targeted as a potential customer base for Jio Mart, a network of grocery stores owned by Jio Platforms, that is already present in over 200 Indian cities and delivers groceries, dairy items, fruits, vegetables.

Jio Mart also hopes to use  WhatsApp to integrate thousands of mom-and-pop stores into the online retail network. (These small store owners are likely to meet the same fate as Indian farmers, ending up as appendages to the Ambani or some other corporate empire)

Reliance, while soliciting loads of foreign money is ironically pitching itself as an ‘Indian’ and ‘nationalist’ alternative to foreign  owned rivals like Amazon and Flipkart, who together control over 60% of the country’s overall e-commerce market currently. The online commerce market in India is predicted to reach US$ 99 billion by 2024  and US$200 billion by 2026[4].

All these plans however will come to nought if the three new farm laws are not in place, as they provide the legal basis for entry of large corporates into the highly fragmented and diverse Indian food production, processing and distribution market.  The laws create a national framework for contract farming in agriculture, deregulate pricing, purchase and storage of many basic food products and facilitate online sales of agricultural produce.

Essentially the laws will allow entities like Jio Platforms to control the entire supply chain for food and related items – procuring  at low prices from farmers, stocking and processing for value addition, booking orders online and delivering the final product to either domestic or even overseas consumers as needed.

In the immediate term, farmers from Punjab and Haryana  leading the current agitation see the new laws as a threat to minimum support prices they have been getting from the government for crops like wheat and rice. In the long run, farmers across India fear being left to the mercy of corporates with deep pockets and robbed of both income and independence.

What’s happening in the Indian context is part of a global trend where Big Tech companies, large asset management funds together with agrobusinesses are aiming to ‘disrupt’ existing, disorganised agricultural markets and establish monopoly control. Given the essential nature of food, controlling their production, sales and distribution is expected to be a money-spinner in perpetuity.

While Facebook is the biggest investor in Jio Platforms, following closely is Google with US$4.5 billion. Others pouring money into the Ambani venture include  Public Investment Fund, which is the sovereign wealth fund of Saudi Arabia, with US$1.5 billion; KKR, a large US investment fund with US$1.5 billion;  Mubadala and ADIA, both investment funds based  in Abu Dhabi with US$1.2 billion and US$750 million and TPG Capital, a global asset management firm with US$600 million[5].

Of course, not all these investors investing in Jio Platforms are specifically interested in the future of Indian agriculture per se. They can clearly sense that partnership with the likes of Ambani and Adani offers  big returns on investment because of their political clout in India.

Over the years both the Ambanis and Adani groups, who are also Narendra Modi’s biggest corporate donors, have used their influence to frame policies that gives them advantage over all their rivals within the corporate world. With domestic politicians in their pocket both groups have then proceeded to sell themselves to the highest foreign bidders. In other words, if Mark Zuckerberg were the equivalent of Robert Clive then Ambani and Adani are the contemporary Mir Jafars and Jagat Seths helping him conquer India.

The Modi government’s insistence on imposing the farm laws despite massive opposition is not just about Indian agriculture either. They are also a way of signaling to all foreign investors that the Indian government is firmly on their side and willing to put down its own people – with bullets if needed- to protect their profits. Government advisors worry that not being ‘tough’ enough with the agitating farmers could result in a fall in ‘confidence’ of investors and stop the flow of big money.

While the Modi regime and the likes of Ambanis and Adanis are being rightly targeted by farmers unions it is time they also went after their international backers, who are the paymasters behind the ‘business friendly’ legislation.

That is why the next big tractor rally, if I may suggest, should be organized outside the Facebook Inc. or Google headquarters in California. From Mark Zuckerberg to Sundar Pichai to Mohammad bin-Salman, the Prince of Saudi Arabia, anyone trying to profit from the blood of Indian farmers should be named and shamed before the entire world.