Marx for Today: A Socialist-Feminist Reading

March 10, 2019February 23, 2021 by milena rampoldi
CONSIDERING HIS WORK as a whole, Marx had little to say directly about women’s oppression or the relationship between patriarchy and capitalism. And some of what he had to say was, well, misguided. Yet Marxist feminists have drawn on his thought to create a distinctive approach to understanding these issues.
Marxist feminists begin, where Marx does, with collective labor. Human beings must organize labor socially in order to produce what we need to survive; how socially necessary labor is organized, in turn, shapes the organization of all of social life. In The German Ideology, Marx articulated this foundational starting point:
“The fact is, therefore, that definite individuals who are productively active in a definite way enter into these definite social and political relations. Empirical observation must in each separate instance bring out empirically, and without any mystification and speculation, the connection of the social and political structure with production. The social structure and the State are continually evolving out of the life-process of definite individuals, but of individuals, not as they may appear in their own or other people’s imagination, but as they actually are; i.e. as they act, produce materially, and hence as they work under definite material limits, presuppositions and conditions independent of their will.” (MECW 5:37)
When Marx refers to individuals who are productively active in a definite way, he is thinking primarily about the production of material goods. Marxist feminists expand the notion of socially necessary labor to include that part of collective labor that meets individual needs for sustenance and daily renewal as well as birthing and rearing the next generation.
The term “social reproduction” has been developed to refer to this labor.(3) By social reproduction is meant the activities and attitudes, behaviors and emotions, responsibilities and relationships directly involved in maintaining life on a daily basis and inter-generationally.
Social reproduction involves various kinds of socially necessary work — mental, physical and emotional — aimed at meeting historically and socially, as well as biologically, defined needs and, through meeting these needs, maintaining and reproducing the population.
Among other things, social reproduction includes how food, clothing and shelter are made available for immediate consumption, how the maintenance and socialization of children is accomplished, how care of the elderly and infirm is provided, how adults receive social and emotional support, and how sexuality is experienced. From this starting point, we can see how gender and gender relations — such as a gender division of labor — are social, historical constructs, embedded in structures of social reproduction.
Actually existing capitalist societies each have their own histories and trajectories of change, and gender relations are structured across a diverse terrain. While recognizing this complexity, socialist-feminists have drawn on Marx’s work to analyze how patriarchal relations work in capitalist societies. By going back to Marx’s texts, I want to highlight some aspects of this socialist-feminist theoretical framework.
Social Reproduction and Gendered Division of Labor
That we speak of production on the one hand and social reproduction on the other is, in part, an artifact of both the (masculinist) development of Marxist thought and the nature of the capitalist mode of production. In capitalism, the work done in households, although crucial to the reproduction of human beings, is separated off from the production and circulation of commodities. In comparison, with the exception of slavery, in pre-capitalist class societies, households organized through marriage and kinship were the basic unit for organizing the production of material goods as well as human care. 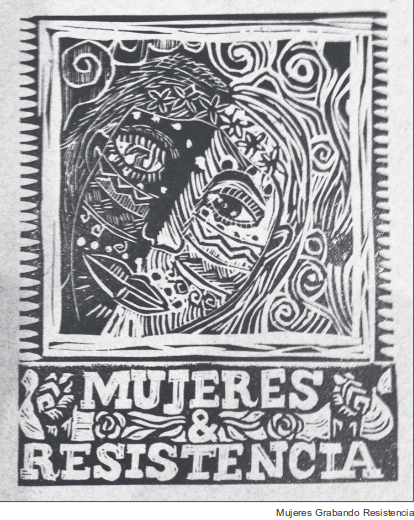 As Marx pointed out, in capitalist production commodities (including commodified services) are both use values and exchange values. (MECW 35:45-46) That is, they meet a need (otherwise there would be no point in making them); but they are not produced in order to meet needs. Rather, they are produced to generate surplus value — or profit.
From the point of view of the production of use values, waged and unwaged labor form a unified process which has, as its end result, the reproduction of human beings. The separation of what is, from the point of view of production of use values, an integrated process into two different types of labor (commodified and uncommodified) is a result of capitalist class relations of production, not a universal fact of human social life.
This separation parallels the emergence of divisions between the public and private spheres, between family and work, between the state and the economy. These are also a hallmark of capitalist societies. These double separations — economy/household and economy/state — have shaped the history of gender relations and women’s struggles to change them within capitalist societies.
Until now, all known systems of social reproduction have been based on a gendered division of labor (albeit sometimes quite rigid, at other times more flexible). Although this pattern appears to be mandated biologically — by the physical requirements of procreation and the needs of infants — the distribution of the work of social reproduction among families, communities, markets, states and between women and men has varied historically. This variation can be analyzed, at least in part, as the outcome of struggles around class and gender, struggles that are often about sexuality and emotional relations as well as political power and economic resources.
In societies that preceded capitalism, property rights were vested in male household heads and formed the basis of patriarchal authority — literally the rule of the fathers. For capitalist class relations to emerge, this system of property rights had to be overthrown. The forcible legal and extra-legal processes through which men were deprived of their property and turned into wage laborers threatened to undermine this patriarchal system — at least for the working class. Observing the extreme exploitation of women and children in the 19th century factories, Marx argued in Capital, Vol. I:
“However terrible and disgusting the dissolution, under the capitalist system, of the old family ties may appear, nevertheless, modern industry, by assigning as it does an important part in the process of production, outside the domestic sphere, to women, to young persons and to children of both sexes, creates a new economic foundation for a higher form of the family and of the relations between the sexes…Moreover, it is obvious that the fact of the collective working group being composed of individuals of both sexes and all ages, must necessarily, under suitable conditions, become a source of humane development; although in its spontaneously developed, brutal, capitalistic form, where the labourer exists for the process of production, and not the process of production for the labourer, that fact is a pestiferous source of corruption and slavery.” (MECW vol. 35:492-493)
Although Marx was vague about how this higher form of family and relations between the sexes would be constituted, he was quite clear in his critique of the bourgeois family where male property owners continued to hold sway over their wives and children.
“But you communists would introduce community of women, screams the whole bourgeoisie in chorus. The bourgeois sees in his wife a mere instrument of production. He hears that the instruments of production are to be exploited in common, and, naturally can come to no other conclusion than that the lot of being common to all will likewise fall to the women. He has not even a suspicion that the real point aimed at is to do away with the status of women as mere instruments of production.” (MECW 6: 502)
Marx insisted that there was no “natural” or “transhistorical” family form. Thus, he argued, in Capital Vol. I, “It is, of course, just as absurd to hold the Teutonic-Christian form of the family to be absolute and final as it would be to apply that character to the ancient Roman, the ancient Greek, or the Eastern forms which, moreover, taken together form a series in historical development.” (MECW 35:492). 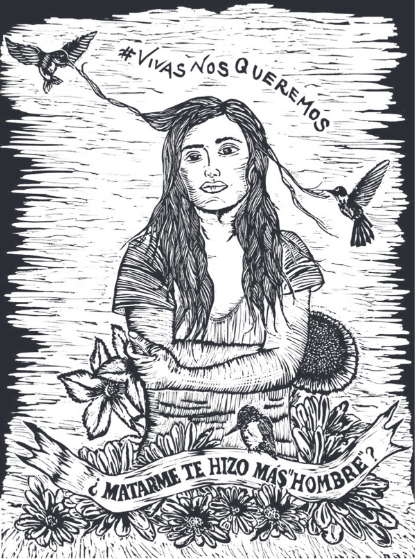