A Salafist bone of contention

March 15, 2019February 23, 2021 by milena rampoldi
Ever since the Iranian Revolution Saudi Arabia has pushed a hardline Wahhabist model of religiosity, both in the Islamic world and among Muslim minorities in the West, in an attempt to prevent Shia expansionism.
Yet Berlinʹs security concerns over Salafist extremism in Germany could easily re-ignite latent tensions with Riyadh.
Seeking to promote “moderate Islam” and improve Saudi Arabiaʹs image in Germany and in the West more broadly, Riyadh closed down the King Fahd Academy in Bonn in July 2017. At the same time, it also halted construction on a nearly completed second campus for the academy in Berlin.
The German media had repeatedly accused the academy, which was teaching 150 K-12 students using the Saudi curriculum, of feeding extremism among youth by encouraging jihad against non-Muslims. Despite such efforts, Saudi Arabiaʹs role as a supporter of Salafist groups, who are accused of inspiring and influencing hundreds of jihadists in Germany, is driving a greater wedge between the two partners.
In Germany, Saudi support during the 1980s and 1990s – financial contributions but also, more importantly, religious guidance – created a vital foothold for Salafists. Saudi money paid for translations of Salafist literature from Arabic into German in order to spread Wahhabist ideology among Muslims.
Saudi-supported Salafists “a threat to public safety”
In recent years, the German government has openly expressed its anger at Saudi support for Salafists. In December 2015, Sigmar Gabriel, at the time the minister of economic affairs and energy as well as vice-chancellor, called on Saudi Arabia to stop funding Wahhabist mosques in the West, alleging that “many Islamists who are a threat to public safety come from these communities.” 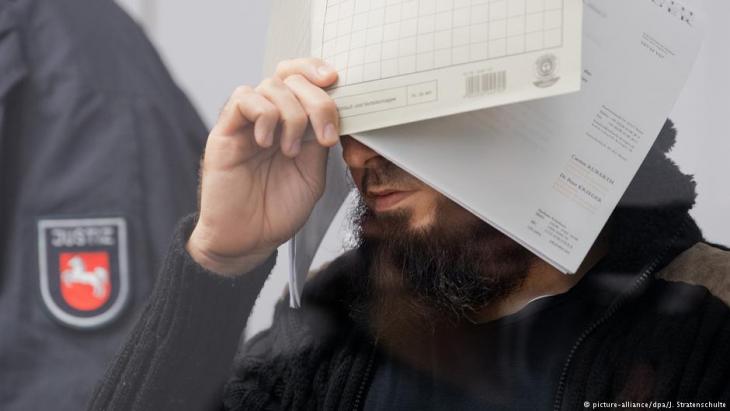 The ‘faceless preacher’: Abu Walaa and four co-defendants stand accused of support and membership of the IS terrorist militia. They are said to have radicalised young people, especially in the Ruhr and Hildesheim areas, and sent them to IS battle zones. It had also been speculated whether Abu Walaa could have authorised the attack on Berlin’s Breitscheidplatz. So far none of the defendants have testified in this ongoing trial
In 2016, the German media ran a leaked intelligence report that provided evidence of Saudi, Qatari and Kuwaiti support for Salafists in Germany through the construction of mosques and schools, as well as the provision of preachers.
The German intelligence agencies are not under the impression that all Salafists are extremists. Nonetheless, they do see an organic relationship between Salafists and youth extremism, as Salafists create a nurturing environment for the growth of extremist, jihadist ideology.
A 2014 intelligence study on the backgrounds of Islamist jihadists who left Germany to fight in Syria and Iraq showed that, of the 323 people in the study whose ideology was known, 319 explicitly identified as Salafist.
As part of their efforts to stop the spread of extremism among youth, German security agencies have followed a zero-tolerance policy with regard to violent Salafist activists, especially since a growing number of German jihadist headed for battlefronts in Iraq and Syria. The government has tried and imprisoned dozens with proven ties to terrorist groups, while also launching several preventative initiatives to fight extremism, such as the HAYAT programme and the Violence Prevention Network.
Salafist ties to terrorist groups
Germany has also seen several terrorist attacks in recent years, the deadliest being a truck attack by Anis Amri, a Tunisian asylum seeker believed to have been recruited by a Salafist mosque in Berlin, who killed twelve people at a Christmas market in December 2016. German Salafists are also a key component of jihadist movements in the Middle East.
According to data from Germanyʹs domestic intelligence agency (BfV), the number of German residents who travelled to fight in Syria and Iraq rose steadily over the past five years, from 170 in September 2013 to 870 in September 2016 and 1,000 in September 2018.
Assumed Saudi support for Salafist groups among marginalised communities has affected Saudi-German relations, which are already at a crossroads and at serious risk of further escalation. After Sigmar Gabriel commented in November 2017 that Saudi Arabia was meddling in Lebanonʹs political affairs, Saudi Arabia recalled its ambassador to Germany – only re-establishing a diplomatic presence ten months later, in September 2018.
Furthermore, German intelligence views the kingdom as a potential threat both for its role in spreading Salafist ideology and for its lacklustre conduct in cracking down on Salafist financing networks. German politicians are also launching unprecedented criticism against Saudi policies, particularly regarding human rights in the kingdom, the investigation into the murder of Saudi journalist Jamal Khashoggi, and the destructive Saudi-led war in Yemen, which has precipitated a massive humanitarian crisis. These topics will continue generating tension in the Berlin-Riyadh relationship. 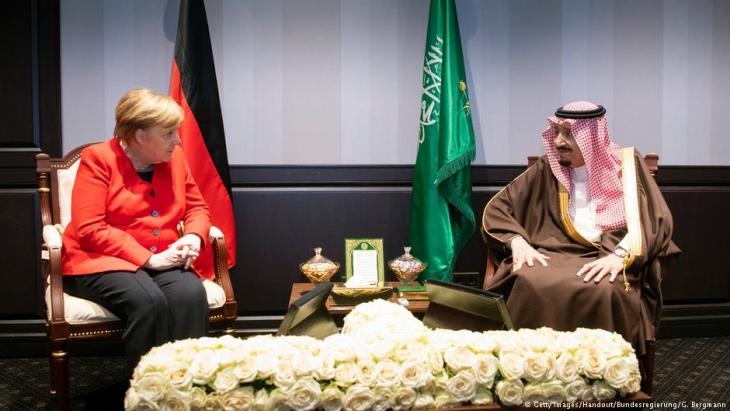 A diplomatic rollercoaster: when Sigmar Gabriel criticised Saudi Arabia for meddling in Lebanonʹs political affairs in November 2017, the latter recalled its ambassador to Germany – only re-establishing a diplomatic presence ten months later, in September 2018. In addition to the Kingdomʹs role in spreading Salafist ideology and its failure to crack down on Salafist financing networks, German politicians have recently been highly critical of Saudi policies, specifically with reference to human rights and the Khashoggi murder case
Vested economic interests
However, so far both sides have prioritised their bilateral economic ties. Germany needs the major investment and export opportunities available in Saudi Arabia. With the growth of political tension, German exports to the kingdom declined from 10 billion euros ($11.4 billion) in 2015 to 6.6 billion euros ($7.6 billion) in 2017.
Meanwhile, Saudi Arabia needs German business acumen to help pull off its 2030 development plan. More than 800 German companies are currently working in Saudi Arabia, including on the massive new city of Neom, which is expected to a hub for biotechnology, energy, and water technology – for which German companies are a vital partner.
To salvage their economic relationship, Riyadh and Berlin will likely seek to strengthen their co-operation to contain the Salafists and prevent radicalisation among young Muslims in Germany. Although both sides agreed to smooth over their relationship in September 2018, further security concerns such as a new terrorist attack could easily re-ignite these latent tensions.
Mahmoud Jaraba
© Carnegie Endowment for International Peace 2019
Mahmoud Jaraba is a researcher and lecturer at Erlangen Center for Islam and Law in Europe (EZIRE) and the Bavarian Academy of Sciences and Humanities, Germany.