The “Sheikha”, the city and its problems

January 17, 2019February 23, 2021 by milena rampoldi
Souad Abderrahim is the first freely elected female mayor of an Arab capital. Her opponents regard her as being in the pocket of the moderate Islamists. She herself prefers to stay out of politics.
If you want to meet the mayor of Tunis, you have to bring time with you – a lot of time. The big media hype is over, but now her waiting room is full of people who want an appointment with her; citizens, local officials, city employees, police officers, civil society activists – even the Chinese ambassador in Tunis is visiting Souad Abderrahim, the “Sheikha”, in her office. “Sheikha” is the female form of “sheikh”, an Arab honorary title for respected persons.
The not-so-new mayoress of the Tunisian capital has come down to earth with a bump. Anyone entering her office will find a large conference table full of binders waiting to be processed to the left of the door. The nitty gritty of the everyday, so to speak. Abderrahim’s election was considered a minor sensation that caused a stir worldwide. But now, some six months after taking office, she is expected to offer solutions to the city’s many challenges: its dilapidated infrastructure, the constant traffic jams, the chaos caused by street hawkers.
Rubbish is a big problem in Tunis
First and foremost, however, Souad Abderrahim aims to solve Tunis’ rubbish problem. Especially in the evening, the rubbish piles pile up in the alleys of the old town. When the mayor walks through the city, she repeatedly asks the inhabitants about the lack of cleanliness. “A lack of personnel and logistical capacity means we can’t keep an eye on every street and alley in Tunis,” explains Abderrahim. The city has too little money to ensure better rubbish collection. The Sheikha wants to solve the problem through more recycling and partnerships with private investors. “But we need new legal frameworks.” In other words, this may take time. 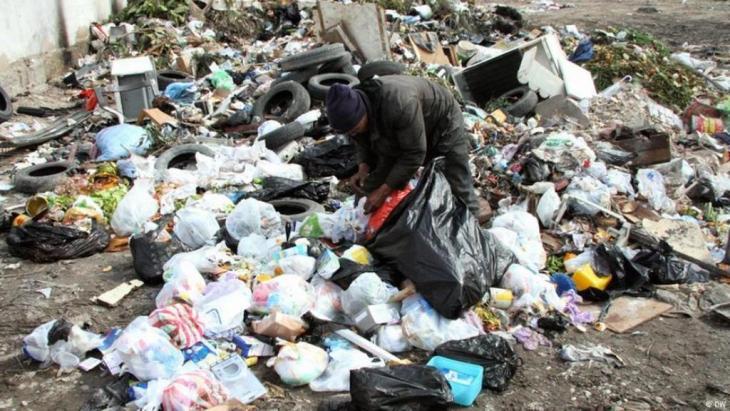 Serious refuse disposal problems: “a lack of personnel and logistical capacity means we can’t keep an eye on every street and alley in Tunis,” explains Abderrahim. The city has too little money to ensure better rubbish collection. The Sheikha wants to solve the problem through more recycling and partnerships with private investors
After Abderrahim’s election in summer 2018, many Tunisians doubted that a woman would be able to tackle these manifold problems. Not only is she the first woman to hold this office, but she was born in Sfax and not in Tunis, so she does not belong to the elite families of the capital that have traditionally provided the mayor.
She lacked the stable smell for such an office. “A patriarchal mentality still prevails in Tunisia, especially in some positions associated with power. As if men had leased power, as if they had leased public administrative offices,” says Abderrahim. Tunisian women enjoy more rights than in women in other Arab countries. Nevertheless, according to the mayor, there are no equal opportunities for men and women in Tunisia. She therefore calls her election as mayor a “victory for the Tunisian women”, because it had broken with “taboos” and “traditions that had become law”.
Women’s rights activists critical
But Tunisian feminists are sceptical about Abderrahim. Leila Chebbi, a women’s rights activist, says that anyone who advocates equal rights would in principle like a woman to hold this high office. But Abderrahim did not become mayor through her own merit. She is not a fighter for women’s rights, because “Tunisia is small, all fighters for women’s rights know each other”, says Chebbi. “It was the Ennahda party and its political clout that hoisted her into office.”
Chebbi, like many other women’s rights activists, accuses Souad Abderrahim of being used by the Islamic-conservative Ennahda party. As a candidate she ran on the Ennahda list and prevailed against her opponent from the “Nidaa Tounes” party, considered the secular alternative. According to Chebbi, Ennahda wanted to boost its image by putting a woman to the vote: “But the party is against progress. She even wants to undo the rights that women have fought for.
Chebbi cites as an example the equality of men and women in inheritance law. A new government bill should allow women to inherit as much as men. According to Islamic law, however, the daughter is usually entitled to half of that to which the son is entitled. At the moment the issue is highly controversial in Tunisia. For the women’s rights activist, this is a test case for the mayor, whose party is against equal rights in inheritance law. According to Chebbi, this will show whether Abderrahim is actually fighting for the cause of women or whether she is forced to remain within the ideological framework of the Ennahda party.
Reform of inheritance law as political dynamite: a draft law on the reform of inheritance law polarises Tunisia. President Beji Caïd Essebsi believes that in future women should be allowed to inherit as much as men. But this is particularly annoying for conservatives and religious forces in the country. 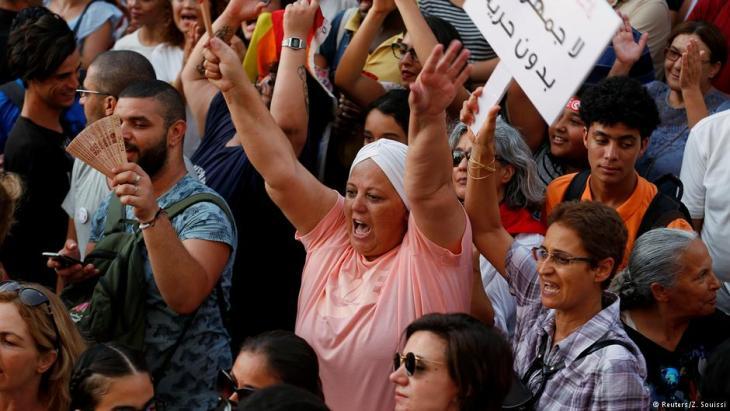 Inheritance law reform political dynamite: a draft law on inheritance law reform has polarised Tunisia. President Beji Caïd Essebsi believes that in future women should be allowed to inherit as much as men. But this is particularly annoying for conservatives and religious forces in the country
“No politics in the city council”
But that is exactly what Abderrahim does not want: to position herself politically. Whenever there is talk of her critics and adversaries, she becomes less concrete, doesn’t name any names and doesn’t attack anyone. As mayor, the 54-year-old sees herself more as an administrative officer. The city council is an executive administrative authority, says Abderrahim, adding: “We don’t need any more political conflicts within the city council.
Abderrahim firmly rejects the accusation that the Ennahda party is using the mayor to promote its Islamist agenda through the back door. No, in the city council everyone should work together harmoniously, the mayor’s agenda could not be described as ideologically coloured.
Abderrahim would much rather talk about her goals in the new office. Again and again she directs the conversation to the topic of “municipal administration”. Tunisia should focus on decentralisation and no longer be administered centrally as before. The mayor would like to give the municipalities and city councils more autonomy. “It was centralism that made people in Tunisia rebel. It has created great differences between the regions. Decentralisation makes more justice possible”.
“Going into battle”
But how she intends to do this remains open. She herself says that she is afraid of being “too distracted by the day-to-day business and losing sight of her long-term goals”. The tense political and economic situation in which Tunisia has found itself since the outbreak of the revolution nine years ago is making her work more difficult.
The small North African country has experienced waves of protest time and again, especially in the poorer southern regions. People are demonstrating against high unemployment, corruption and bloated bureaucracy. It will certainly not be an easy task to fundamentally change the municipal and regional administrative structures in this precarious situation.
On the lively Avenue Habib Bourguiba in the middle of Tunis, many young people do not seem to know the name Souad Abderrahim. Perhaps it is because they are less enthusiastic about local government problems.
Nevertheless, the Sheikha receives a vote of confidence from passers-by who know her. They are proud that Tunis is now ruled by a woman and that international media are busy reporting on it. One woman says she doesn’t care whether Abderrahim belongs to the Islamic-conservative Ennhada party; “We are all Muslims,” she explains, “the main thing is not to be fundamentalist.
An elderly lady with a headscarf and big sunglasses is careful with her judgement: “Souad Abderrahim hasn’t been in office that long, she has to prove herself first. That won’t be easy for her. Because Tunisia is currently experiencing a critical time, the country is very fragile. The mayor is going into battle, into a ʹgreat warʹ.”
Nader Alsarras
© Deutsche Welle 2019