January 15, 2019February 23, 2021 by milena rampoldi
The blockade of Qatar led by Saudi Arabia and other Gulf states in the summer of 2017 was a shock for the small emirate. Meanwhile, however, it seems to have more than recovered: the economy is growing and the leadership is bursting with determination and self-confidence.
“What crisis?” That is the response whomever you speak to in Qatar about the Saudi-led blockade imposed a year and a half ago.
Take Nasir Ali, a Qatari policeman who was picking up locally grown cucumbers in a Doha supermarket. He asked me to follow him to shelves packed with milk bottles and cheese bars produced in an air-conditioned farm 60 kilometres from the city.
“So what if the Saudis and the Emiratis don’t let us fly in stuff from their airspace. We will make our own. Look at these,” he said, his eyes beaming with pride at the success of the desert country in producing perishable food products. “We have no dearth,” he said.
Warehouses full to the brim
Soon after the quartet of Saudi Arabia, the United Arab Emirates, Egypt and Bahrain banned trade and travel, aimed at stopping the imports that the country relied on, Qatar sped up its dairy and livestock production, prioritising the country’s food security programme. Forced to re-route the imports, it unloaded them within a few months at the newly built $7.4 billion (€6.5 billion) Hamad port. 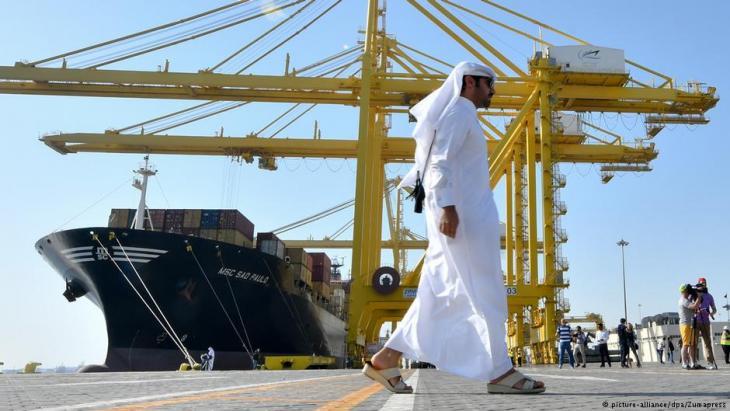 Qatar’s hub for imports from all over the world: despite the blockade of Saudi Arabia and other Gulf states, Qatar managed within a few months to divert imports and unload them at the new Hamad port, which the government built for over seven billion U.S. dollars
The shortage, induced mainly by panic shopping, lasted just a few days. Now, Argentine beef, German caviar and Iranian vegetables — among other global goodies — are stocked to the brim. “We do not want Saudi products and have asked the shops to remove whatever is remaining,” said Nasir Ali.
The embargo was meant to teach a lesson to Qatar’s emir for supporting the political Islamists of the Muslim Brotherhood, seen as a threat by the blockade-imposing quartet. They demanded Qatar stop helping the group and shut down its international news broadcaster Al Jazeera, which it accused of fanning the flames of the Arab Spring.
Qatar didn’t capitulate and refused to give in to any of the demands. It has proved to be much more resilient than its neighbours envisaged.
Deep pockets
Powering this resilience is a feeling of being pushed around by Saudi Arabia for far too long, but mostly it is sustained by the state’s overflowing coffers. Qatar dipped into its sovereign wealth fund of over $340 billion when the blockade came into place.
The confidence that it will not only survive but carry on building the $200 billion infrastructure projects for the 2022 FIFA World Cup also emanated from Qatar’s natural gas reserves, the third-largest in the world. The wealth they have generated has catapulted the nation known until the 1970s for pearl-diving into one with the highest per capita income.
The blockade has had adverse effects, from a fall in real estate prices to losses suffered by Qatar Airways and a drop in the number of tourists from Persian Gulf countries. But 18 months into the row, Qatar seems to have bounced back. In December the International Monetary Fund said Qatar has continued to grow. A month later global ratings agency S&P revised Qatar’s outlook from negative to stable.
New business opportunities
Ibrahim al-Emadi is a member of the second-richest family in Qatar and the cousin of the country’s finance minister. He pulled out a dusty blue vase engraved with Arabic calligraphy and claimed it to be centuries old. “Antiques,” he said, are his side business. Emadi runs a range of other businesses, dealing in hospital equipment, cybersecurity and real estate.
“We are doing great. Nothing better could have happened to us,” he said of the blockade. “I am no more a distributor: I am the agency for our imports.” Emadi said that by cutting out the Saudi and Emirati middlemen, his businesses have earned 40 percent more profit. 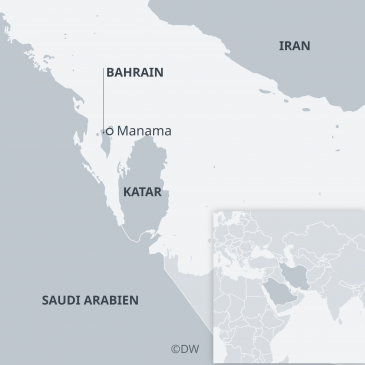 Unholy alliance: in the summer of 2017, Saudi Arabia, the United Arab Emirates, Bahrain and Egypt, among others, severed relations with Qatar and isolated the country on the Arabian Peninsula. The countries accuse Qatar of supporting terrorism – Qatar has always rejected the accusations
He didn’t show his balance sheet but insisted: “We have complete backing of our government. They say, ‘You want to do business, here, we help you with money and everything, go do it.'”
As Qatar asked its businessmen to take the initiative, the state cut out a hefty task for itself and strengthened its defence capabilities. It has decided to spend tens of billions of dollars on advanced weapon systems and announced purchases of 36 American F-15s, 12 French Rafale fighters and 24 Eurofighter Typhoon combat jets. Qatar will also commence construction of a new naval base this year and plans to double its naval forces by 2025.
Bolstering defence
Filling up the stores and coughing up billions to buy weapons is one thing, building the defence forces another. Qatar has all of 300,000 Qatari citizens, a severe limitation if it wishes to enlarge its armed forces. Thus far, Doha has banked largely on soldiers recruited from other countries, such as Sudan and Pakistan.
In an attempt to make up for the numbers, Qatar has stretched the national service programme from three to 12 months and allowed women to enlist on a volunteer basis. “For the first time, our women will join the army,” said Emadi.
Qatar’s real defence comes from the presence of the al-Udeid Air Base on its soil. It is the largest U.S. military facility in the region. The Qataris had real cause for concern when President Donald Trump backed Saudi Arabia and took an anti-Qatar stand in the beginning of the blockade. Qatar got busy lobbying for its cause in Washington and as a sweetener offered to expand the air base to provide space for the families of 10,000 American soldiers based there.
The tensions have not escalated since June 2017, but the distance between the neighbours has grown. In November Qatar announced it was quitting OPEC. While it said the reason was because it is the smallest contributor to the cartel and would rather focus on gas production, it was seen as a rebuke of an organisation believed to be under the control of the Saudis. 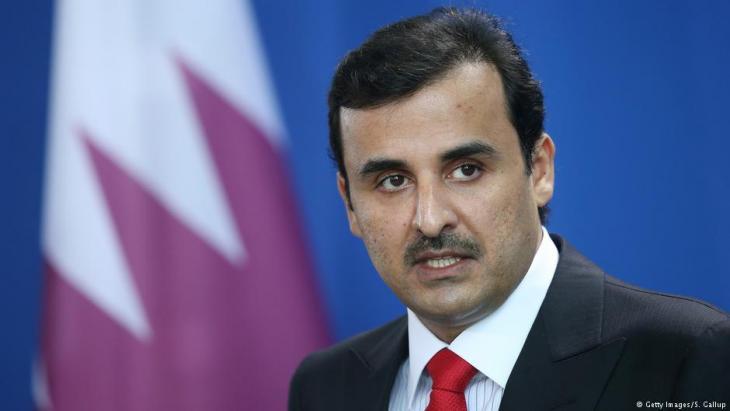 In the ongoing crisis in the Gulf, the Emir of Qatar recently called on Saudi Arabia and its allies to end Qatar’s boycott and work together to resolve the conflict. The differences could be bridged through dialogue, said Emir Tamim bin Hamad Al Thani. But this would require an end to Qatar’s boycott and the other countries to stop interfering in internal affairs
Blockade to remain
In a further snub, the emir did not attend the Gulf Co-operation Council (GCC) Summit in Riyadh, sending a junior minister instead. Local news reports suggested that Qatar did not see the Saudis to be serious about discussing peace at the summit and hence did not find merit in appeasing them by the emir’s presence.
Noha Aboueldahab, a fellow at the Brookings Doha Center, said that the blockade has changed the relationship between the Gulf nations, perhaps forever. “Unless there is a fundamental change in the regimes or leaderships of any of those countries,” she said. “It will be a long time before we see a genuine rapprochement between Qatar and the blockading states.”
Qatar finds vindication in the plummeting reputation of Saudi Crown Prince Mohammed bin Salman. He has been criticised for the rising death toll in the war in Yemen, the incarceration of women’s rights activists at home and the killing of dissident journalist Jamal Khashoggi.
At the supermarket, Nasir Ali said, “They accused us of backing terrorists. What about Khashoggi?” Flailing his arms for emphasis, he added, “Who killed Khashoggi? Saudis kill their own people. We love our emir.”
Anchal Vohra
© Deutsche Welle 2019