October 30, 2018February 23, 2021 by milena rampoldi
The constant state of denial that is a feature of the Egyptian urban middle class and the Sisi regime shores up a deeply paradoxical ideological construct, argues Maged Mandour, where repression is deemed necessary, yet must remain covert.
Mass repression in Egypt and the use of state violence has been growing since the coup of 2013. It was inaugurated with a series of massacres committed by the Egyptian security forces against the supporters of the deposed president, Mohammed Morsi, the most infamous of which were the Rabaa massacres, where at least 817 protestors were killed in the worst incident of state violence in modern Egyptian history.
This wave of repression subsequently expanded to include members of all different parts of the political spectrum, including liberal, leftist and secular activists and bloggers, not to mention non-political citizens who happened to be in the wrong place at the wrong time. As a result, the prison population has swelled to almost 60,000 political prisoners.
This is coupled with mass forced disappearances and what appears to be clear evidence of extra-judicial killings in Sinai and the use of heavy weaponry in civilian areas, which has lead to heavy casualties among the local population.
Lives lived in denial
Interestingly, even though state violence has become a permanent feature of the lives of many Egyptians, the government and many of its urban middle class supporters go to considerable lengths to deny the existence of this phenomenon.
Those denials are not only aimed at the international community, as one would expect autocratic regimes to do, but they also target the local population, most notably the literate urban middle class, as can be seen by the mode of communication. 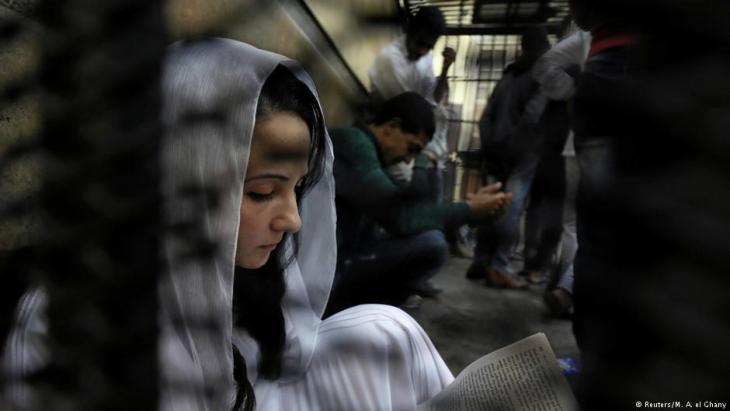 A tidal wave of repression: “members of all different parts of the political spectrum, including liberal, leftist and secular activists and bloggers, have been affected, not to mention non-political citizens who happened to be in the wrong place at the wrong time. As a result, the prison population has swelled to almost 60,000 political prisoners,” writes Mandour
For example, there are the several statements made by the Egyptian Foreign Ministry in response to criticisms from the international human rights community, where it has denied the findings of the reports, as well as criticised the objectivity of the different human rights organisations.
On the other hand, there are other statements made by local politicians, parliamentarians and members of the National Council for Human Rights that circulate locally and are intended for domestic consumption. For example, the stern denials issued by members of Parliament, when the HRW issued a report condemning the widespread use of torture in Egyptian prisons. This went as far as to claim that there are no political prisoners in Egypt and, naturally, there is no torture.
In the case of mass disappearances, similar denials were issued, yet in a less decisive form. Although there has been an acknowledgment of some cases, it is not, however, recognised as a mass phenomenon. There are also claims that those reported as forcibly disappeared have in fact travelled abroad to join IS and that the forced disappearances phenomenon is a Muslim Brotherhood fabrication to attack the “country”.
As a result, even though the regime is pursuing a deliberate policy of mass repression and violence, it is going to considerable lengths to deny this and to communicate to its supporters its nominal adherence to human rights.
This can be attributed to a number of factors relating to the nature of the regime, the Brotherhood, regional developments and the urban middle class that intertwine to create an ideological construct that makes such denials necessary, even though the truth is plain to see.
Genesis of a neo-military regime
In order to gain an initial understanding, one needs to analyse the genesis of the neo-military regime currently ruling the country and its contrast with its foe, namely, the Muslim Brotherhood. In 2013, as the political crisis in Egypt was reaching its climax, the Brotherhood shifted its political discourse to the right, relying more on the support of hardline Salafists.
This shifted the rhetoric of the under-siege Brotherhood towards sectarian rhetoric and clear threats of violence. This only reinforced an image of the Brotherhood as the harbinger of extremist violence – an image that was already firmly established in the minds of the urban middle class – which combined with class-based prejudices against the Brotherhoodʹs mainly rural support, regarded by the urban middle class as uncivilised and barbaric. 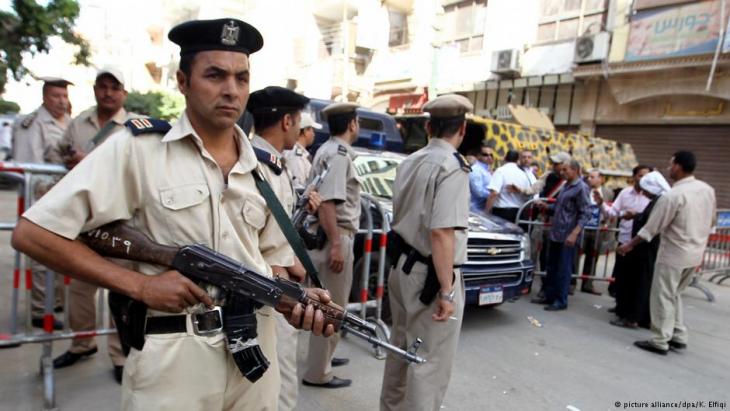