Why Some of Us Hesitated to Say #MeToo 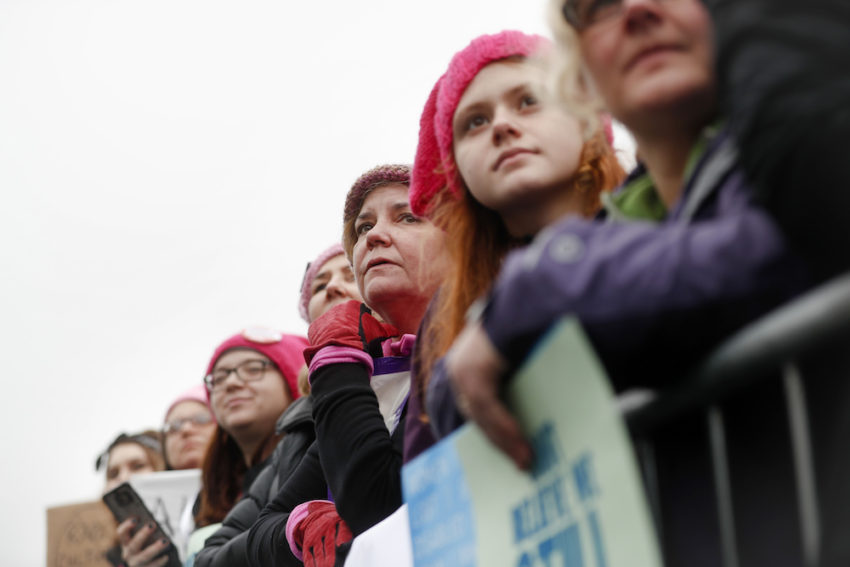 In the aftermath of the sexual assault allegations against Hollywood mogul Harvey Weinstein, Americans are realizing that they live in a nation that still has much work left to do to achieve gender equality.

The viral campaign #MeToo has propelled the conversation around sexual harassment and assault much further than a few breaking news stories could have. For many years it has been the prevailing myth that rampant misogyny was a uniquely foreign issue that only plagued other countries. After all, we could set ourselves far apart from what Afghan women face under the brutal regime of the Taliban and jihadi forces. We could express shock at the horrifying gang rapes in India, the honor killings in Pakistan, the systematic assault of fleeing Rohingya refugees in Myanmar, the genital mutilations in Congo and so on.

But rape and sexual assault are as American as apple pie. Systemic sexism is rampant here, and at the intersections of class, race, sexual orientation and gender identity, women face conditions that the world’s self-proclaimed superpower and beacon of freedom ought to be ashamed of.

About 17 percent of all American women have been the victims of rape or attempted rape, according to the Rape, Abuse & Incest National Network (RAINN), which is the United States’ largest anti-sexual violence organization. The group also has found that nearly three-quarters of all rape victims are assaulted by someone they know, and that more than 1 in 10 women are raped on college campuses each year, with sexual violence leading other types of crimes on campuses.

Women of color are particularly vulnerable, with a whopping 34 percent of Native American women being raped in their lifetimes. For black women it’s 18.8 percent, with white women following closely behind at 17.9 percent. Transgender women and men are assaulted in staggeringly high numbers: 64 percent, according to one study.

The violence doesn’t stop at rape. Thousands of women are murdered by men each year, according to the latest Violence Policy Institute report, “When Men Murder Women.” Ninety-three percent of those killed were murdered by a man they knew. Yes, women are sometimes perpetrators of sexual violence, but the problem is overwhelmingly one of male violence aimed at women.

It is useful to define the problems that women face. On one end of the spectrum is everyday sexism: leering sales clerks, men propositioning women at bars, male friends making casually sexist jokes, not-so-subtle once-overs by male bosses, and the like. On the other end of the spectrum are rape, bodily harm and murder. Spanning the space between is a gamut of offenses so varied that a simple hashtag simply cannot begin to capture it.

That is why when the campaign (started by Tarana Burke more than 10 years ago) took off recently after actress Alyssa Milano promoted it on her Twitter feed, many women jumped at the chance to say out loud and within a political framework that they too have been victimized. But many others, including myself, remained silent for a time. We struggled with the expectations that were suddenly placed on us to share the pain of something we have lived with all our lives. We wondered: Isn’t rampant male abuse of women obvious to all?

Some of us kept quiet because in comparison with the awful assaults and rapes allegedly experienced by Weinstein’s accusers and other rape victims, our lives were not upended as horribly: Labeling both a rape and a sexist comment with the same hashtag seemed to wrongly equate the two vastly different experiences. Or we hesitated because we have not “come out” to the world about that awful thing that happened to us when we were in high school or college, and we may not yet be emotionally ready to say it out loud and confront the trauma all over again.

But little by little, more women attached the hashtag to their social media posts, realizing that the shock and anguish they were seeing among some men in their circles was potentially a first step toward collective change. And also because taking such a cathartic step sometimes takes time.

What the #MeToo campaign offers us is a way to challenge each other to never accept the victimization of women, no matter who the perpetrator is. That a bastion of liberal politics and a social and cultural icon like Harvey Weinstein could fall from grace so spectacularly and be reviled so universally offers hope that this nation will stop giving a pass to predators. The list of the accused, the convicted and/or the denounced is long and sordid: former President Bill Clinton, whose predatory record with women far too many feminists and Hillary Clinton supporters like to ignore; Woody Allen, whose Oscar-worthiness seems untouched by allegations of rape and who shamelessly expressed solidarity with Weinstein; director Roman Polanski, who wishes his dirty deeds would simply be eclipsed by the splendor of his work; late Playboy creator Hugh Hefner, who was valorized in eulogies for launching the sexual revolution even though he profited off the exploitation of women, and of course President Donald Trump himself. Over and over we see powerful men in government (Anthony Weiner), pop culture (Bill Cosby), sports (Kobe Bryant) and elsewhere accused of abusing their power to step on women. The names are too many to recount.

It is also important to acknowledge that sexual abuse is rarely about just sex. It is more often about power. So even when men are not pushing themselves and their penises onto and into women, many are stealing women’s ideas, passing laws to deny women control over their bodies, taking credit for their work, talking over them, or mansplaining with the fake confidence of hucksters.

If some women briefly held back from typing #MeToo on their Facebook walls, it might be because we are afraid that if we begin talking about how male power impacts us, we might crumble from the weight of it all. We worry we might start to scream and never stop.

Men who want to end the abuse their gender heaps on women need not ask us what to do or how to do it. The solutions are all around us and can be adopted on a personal level and fought for on an societal level (ideally both at the same time): Stop talking over women, stop touching them against their will, stop leering and catcalling, stop making casual jokes that demean them, stop making and promoting movies that sexualize, objectify and silence women, stop pushing girls into submissiveness and boys into dominance, stop accepting women’s pay inequality, stop making excuses for fellow men who abuse, and on and on. Don’t even bother telling us through another hashtag what you plan on doing. Tell each other what you will do to help women achieve full equality. Challenge each other to keep those promises.

Take women at their word that we swallow misogyny in its full ugliness every single day without blowing up the world over it. But know that a time will come when we won’t tolerate even one more indignity.