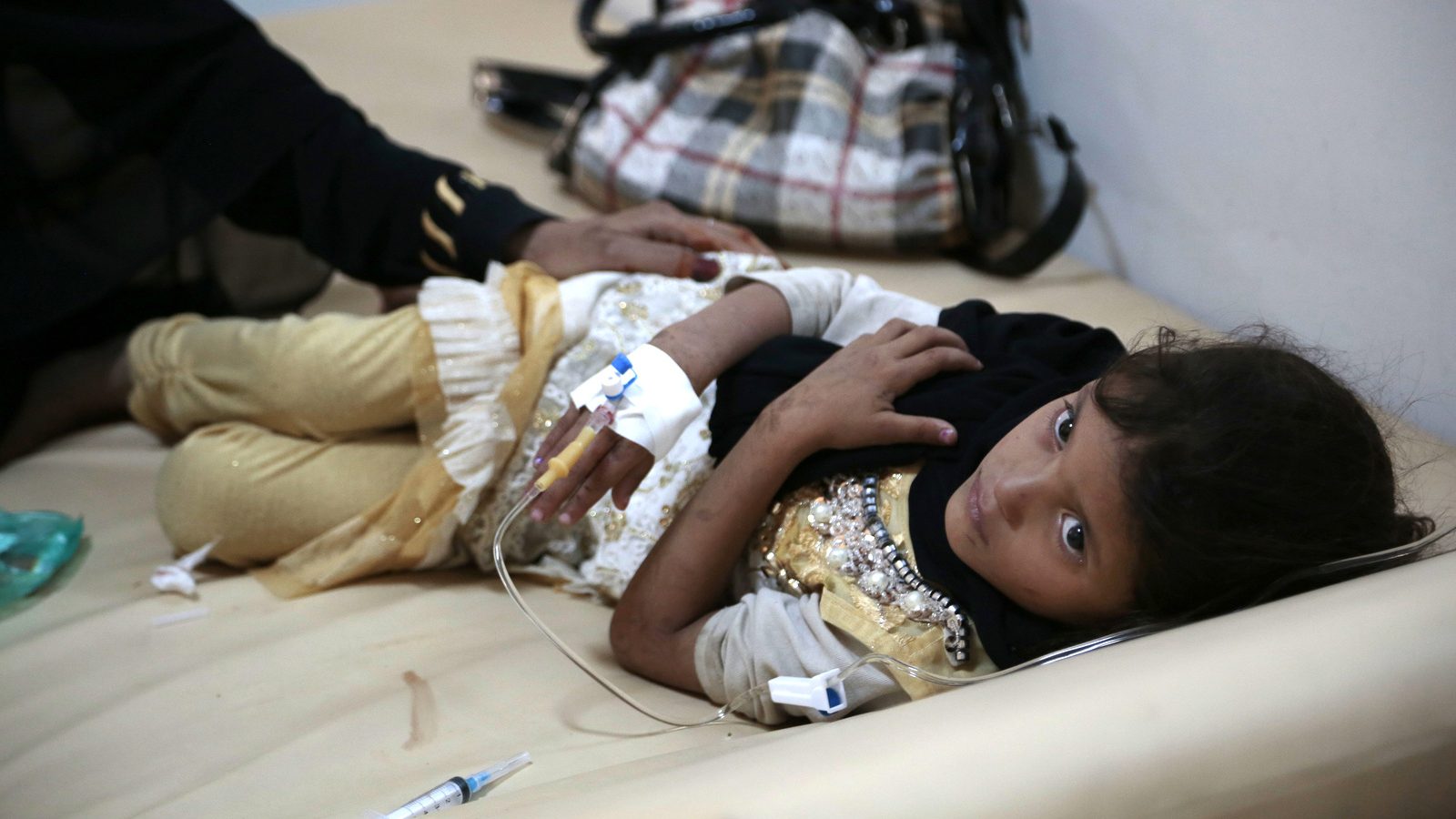 According to the Red Cross, the unprecedented scale of Yemen’s cholera epidemic makes it “the worst in history.”

In a grim prognosis of what is the “world’s largest humanitarian crisis” in current days, the International Committee of the Red Cross (ICRC) announced on Friday that they fear that there could be at least one-million cholera cases registered by the end of the year.

The high civilian casualties and cholera epidemic are caused by the use of “disproportionate force” and destruction of civilian infrastructure, Alexandre Faite, the head of the Yemen ICRC delegation said.

Yemen has been destroyed by a simultaneous blockade and vicious bombing campaign waged by a Saudi Arabian coalition backed by western governments including the United States and the United Kingdom.

According to Faite, there have been 750,000 suspected cases of cholera so far in the battered country, and at least 2,119 have died of the disease, which spreads due to lack of access to clean water and health facilities.

The unprecedented scale of the epidemic makes it “the worst in history,” according to the Red Cross representative.

Famine is also widespread, with as many as 7.3 million “on the brink,” Kate Gilmore, the United Nations deputy high commissioner for human rights said.

According to the United Nations, at least 10,000 people have been killed as a result of the Saudi Coalitions efforts to reinstall a government overthrown by Houthi rebels.