As Scientists March, Will Trump give away US Science Lead to China? 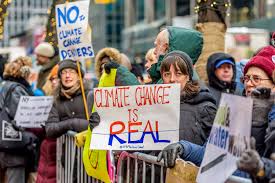 The marches for science in the United States and around the world are an expression of alarm about the Trump administration’s budget proposals, which slash public funding for science, medical and technology research and seek to increase the Pentagon budget by $54 bn.
Federal funding for certain kinds of research is absolutely crucial. There are diseases, for instance, that private companies don’t see as a priority because they strike a small number of people or the cure for which is unlikely to produce big profits because most victims are poor and live in the global south.
If you live in Florida or other semi-tropical parts of the US, and your family is expecting a child, you may be alarmed at the rise of the Zika virus. It is the National Institute of Health that is funding the search for a vaccine. Perhaps you remember the deep public concern about the Ebola outbreak in West Africa in 2014. Who is working on a vaccine? The US government and Merck. In the US system, vaccine development is a government-private-public partnership: “Of the $1.4 billion that fund US vaccine research and development annually, 46% comes from vaccine sales, 36% from taxpayers, and 18% from risk capital.”