Without global solidarity the women’s movement will collapse

Borders are closing across the world, blocking women from the Global South both from seeking refuge, having a voice and working on global gender justice. 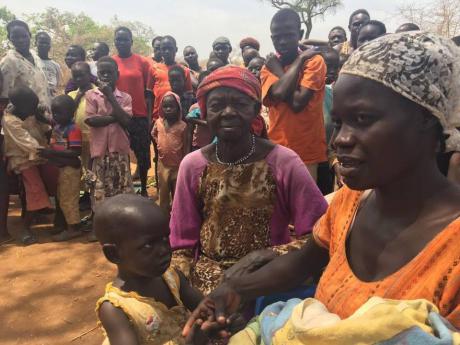 Halima Muzammil is one of many displaced women in Sudan, a country that the UN says is on the brink of genocide. Credit: PA Images/TNS.

In the wake of rising populism and authoritarianism in many countries where democracy and human rights used to prevail, women rights and gender justice are in danger of losing ground like never before. The xenophobic policies that aim to build walls and close borders are harmful to many, but for millions of women around the globe it could be no less than a death sentence. These policies are not closing the borders in the face of terrorists. They are killing the hopes of women who are fleeing wars, terrorism and other authoritarian regimes. Those women once dreamt of safety and security for themselves and their children. They will now be forced to endure more violence and terror.  And while US President Donald Trump’s travel bans stamp the seal on what we can expect from his policies and views toward Muslims and migrants, they also have a dangerous effect on our ability to push for global gender justice.

As women from the Global South, we were already facing major challenges to enter the United States in any capacity; especially those from the countries now banned by Trump’s executive orders. For example, women refugees from Syria, Sudan, Somalia, Yemen and Libya already wait up to three years to be vetted by the American Migration authorities. We already face problems applying for visas to attend United Nations meetings or to engage with US-based women groups, deterring many from even attempting it.