February 16, 2017February 23, 2021 by Milena Rampoldi
by William Hanna, 16 February 2017.
“Even today I am willing to volunteer to do the dirty work for
Israel, to kill as many Arabs as necessary, to deport them, to expel and burn
them, to have everyone hate us And I don’t mind if after the job is done you
put me in front of a Nuremberg Trial and then jail me for life. Hang me if you
want, as a war criminal. Then you can spruce up your Jewish conscience and
enter the respectable club of civilised nations, nations that are large and
healthy. What you lot don’t understand is that the dirty work of Zionism is not
finished yet, far from it.” Ariel Sharon 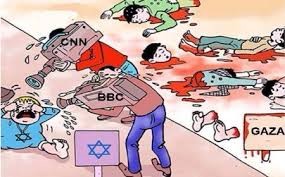 Having  made enormous sacrifices in
both human and material terms to overcome the
threat of Nazi Germany during
World War Two, Western nations understandably paused — but only briefly — to
contemplate the cost of preserving their precious freedoms which they then
proceeded to slowly but surely surrender by allowing themselves to be
blackmailed, bribed, and bullied into submissive acquiescence by the emergence
of a dedicated, determined, and diabolic “Holocaust Industry.” (1)
“Israelis and American Jews fully agree that
the memory of the Holocaust is an indispensable weapon — one that must be used relentlessly against
their common enemy . . . Jewish organisations and individuals thus labour
continuously to remind the world of it. In America, the perpetuation of the
Holocaust memory is now a $100-million-a-year enterprise, part of which is
government funded.”
Moshe Leshem, Balaam’s Curse: How Israel Lost its Way, and How
it Can Find it Again, Simon & Schuster, 1989.
The breathtaking extent of that subversive
exploitation of the Holocaust is most evident in the U.S. where any criticism
of Israel by the brainwashed American people is virtually non-existent; where
Islamophobic media coverage is now blatantly pro-Israel and totally biased
against the barbarically oppressed Palestinian people; and where the so-called
“government” is completely compliant with any and all Israeli demands with
former President Jimmy Cater having noted that “it would be almost politically
suicidal for members of Congress to espouse a balanced position between Israel
and Palestine, to suggest that Israel comply with international law or to speak
in defence of justice or human rights for Palestinians.”
That all-powerful American pro-Israel lobby
network consists of hundreds of organisations that operate at every level of
U.S. life with most Americans being none the wiser because of all those
organisations, only a few have have names indicating their true agendas — such
as “Allies for Israel” or “World Alliance for Israel” — while the rest have
innocuous tags such as “National Action Committee” or “Heartland PAC.”  (2)
“Israel controls the U.S. Senate. The Senate is subservient, much
too much; we should be more concerned about U.S. interests rather than doing
the bidding of Israel. The great majority of the Senate of the U.S. — somewhere
around 80% — is completely in support of Israel; anything Israel wants; Israel
gets. This has been demonstrated time and again, and this has made [foreign
policy] difficult for our government.”
J. William Fulbright on CBS Face the Nation on April 15,
1973
While the U.S. leads the way with hundreds
of pro-Israel organisations, there are thousands more all over the world — and
particularly in Europe — who are ready, willing and able to fanatically
protect Israel’s public image and reputation. Such organisations mostly get —
to varying degrees — instructions from officials in Israel with many of them
fully cooperating with the Israeli government, its parastatal organisations,
and faux-NGOs including the the Mossad proxy lawfare centre Shurat HaDin. The
main objective of such organisations is to either spread propaganda that
influences public opinion in their respective countries of residence into
toeing the line as prescribed by Israel, or to confuse the narrative on
Palestine so as to stifle debate whenever the subject of Israel’s criminality
is raised.
This endeavour is supported by a resolute
and well organised government apparatus disgorging disinformation to control
public opinion by obfuscating the issues relating to Israeli policies. The
Prime Minister’s office and the Israeli Foreign Ministry have at their disposal
a corps of paid “volunteers” who monitor websites worldwide so as to counter
any negative information about Israel. Such monitoring ensures that any
negative story appearing in either the social or mainstream media about Israel
is immediately met with accusations of anti-Semitism and a torrent of
pro-Israel comments making the same coordinated points in a barely literate
manner. In some cases they are actually able to suppress negative comments by
flooding the site with “Dislike” responses which results in such comments being
automatically blocked or removed.
“Ever since the Jews invented the libel charge
of ‘anti-Semitism’ in the 1880s. It was first printed in the
Jewish Encyclopedia (1901 Vol. 1, p. 641), and has been built up with Jewish
money, organisations, propaganda and lies (such as the Holocaust — Holohoax), so that now the word is like a
snake venom which paralyses one’s nervous system. Even the mention of the
word ‘Jew’ is shunned unless used in a most favourable
and positive context.”
Charles A. Weisman, Who is Esau-Edom?, Weisman
Publications, 1966.
Following “President” Donald Trump’s
failure to mention the Jews in a recent Holocaust Remembrance Day statement and
the subsequent outrage over such an omission, the effectiveness of that
paralysing venom became apparent when during a joint press conference the
hypocritical U.S. President welcomed Benjamin Netanyahu — the Prime Minister of
the ethnic cleansing Apartheid state of Israel — with gutless ingratiation:
“Thank you. Today, I have the honour of welcoming my friend, Prime
Minister Benjamin Netanyahu, to the White House. With his visit, the United
States again reaffirms our unbreakable bond with our cherished ally, Israel.
The partnership between our two countries, built on our shared values, has
advanced the cause of human freedom, dignity and peace. These are the building
blocks of democracy. The state of Israel is a symbol to the world of resilience
in the face of oppression. I can think of no other state that’s gone through
what they’ve gone, and of survival in the face of genocide. We will never
forget what the Jewish people have endured.”
And if you, the reader, happen to be one of
those citizens referred to by Kurt Nimmo when he noted that “In America,
the criminally insane rule and the rest of us, or the vast majority of the rest
of us, either do not care, do not know, or are distracted and properly
brainwashed into acquiescence,” then perhaps it is time for you to honestly
face up to the reality of your so-called democratic rights and freedoms. 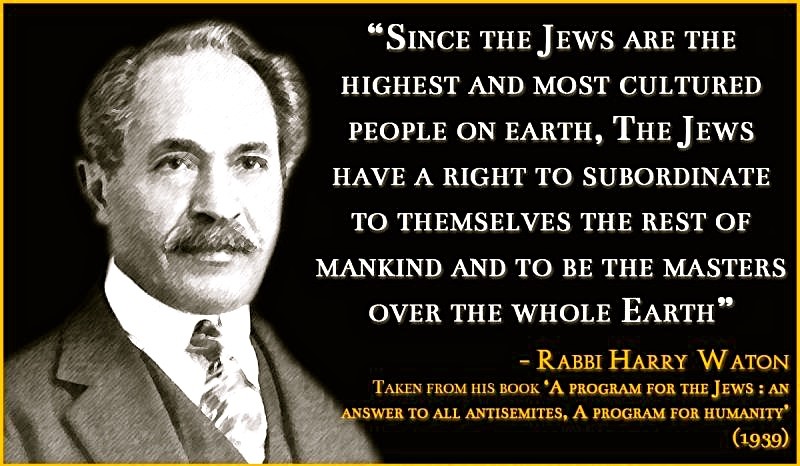 William Hanna is a freelance writer with published
books the Hiramic Brotherhood of the Third Temple and The Tragedy ofPalestine and its Children. Purchase information, sample chapters, other
articles, and contact details at:
(http://www.hiramicbrotherhood.com/)