Dr. Ashrawi: Israel is legalizing discrimination, sectarianism and the theft of Palestinian land 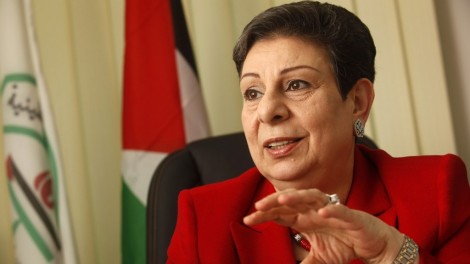 PLO Executive Committee Member Dr. Hanan Ashrawi strongly denounced the Israeli Ministerial Committee for Legislation’s approval of two bills yesterday; one retroactively legalizes outposts in the occupied West Bank and the other prohibits the use of loudspeakers at mosques during Muslim prayer services:

“Such bills are in direct violation of international law and conventions that prohibit racism and territorial expansion as the result of war and violence.

Israel’s escalation of its illegal settlement enterprise and the continued theft of Palestinian land and resources, as well as its flagrant violations of Palestinian rights and freedoms, are the essence of its dangerous and destructive policies.

With its legislation that violates freedom of worship, Israel is interfering in one of the most basic tenants of Islam. This is a direct blow to tolerance and inclusion, and it constitutes a serious provocation to all Muslims.

Such legislation threatens to do irreparable damage and to wreak havoc in the region and beyond. Therefore, we call on all members of the international community to undertake immediate and effective action to hold Israel accountable with punitive measures and to bring an end to Israel’s flagrant violations of legal, moral and humanitarian principles governing the behavior of nations and states.”