The Uses and Abuses of Uncertainty: The Case of Turkey

September 9, 2016February 23, 2021 by Milena Rampoldi
by Richard Falk, 9 September 2016.
Webs of Uncertainty
One of the paradoxes
of the digital age with its real time awareness is the degree to which
information overloads clouds our imagination with cheaply achieved and false
clarity, which in political contexts is often the Mad Men work of selective
interpretation or deliberate manipulation. There are two types of uncertainty
that complicate our perceptions of reality. There is, first of all, the
ontological problems associated with a variety of uncertainties embedded in the
unresolvable complexities of our experience in such ways that we make important
decisions in the face of serious doubts. And secondly, there are often
predispositional problems associated with the sources we choose to rely upon,
the intrusion of our opinions, and under the influence of the worldview we
adopt that biases understanding, sometimes intentionally, but usually,
unwittingly. 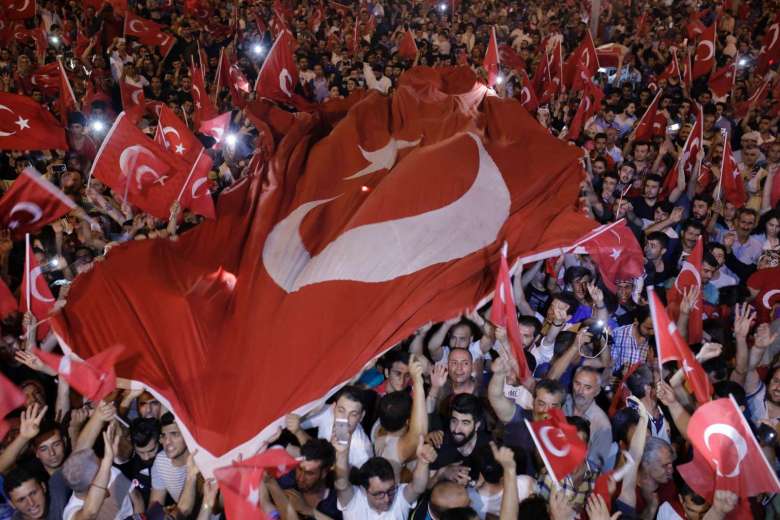 A fundamental aspect
of the human condition, philosophized brilliantly by Jacques Derrida, is a
pervasive good faith uncertainty and undecidability that confusingly overlaps
with the almost continuous need to act in the lifeworld, and then, despite
this, assume responsibility for whatever decisions are taken. In effect, this
makes the human condition ‘impossible’ because of this rooted unintelligibility
of our experience, depriving the most momentous decisions of our daily life of
any firm foundation in decidable fact. This realization is so deeply unsettling
as to make its denial a sign of normalcy. Most of us arrange our lives so that
this liminal uncertainty can be overlooked most of the time.
What is equally
disturbing is the degree to which the technicians of public order are shaping
our collective future from behind such a dark veil. Of course, this has long
been true, but in the past the wider social consequences of disastrous choices
tended to be relatively local and the leaders depended on special powers. Now
leaders are expected to be ‘certain,’ as well as ‘objective,’ which means the
job description includes a willingness to wear a mask of certainty that covers
a face that is lined with tensions caused by acute doubt. Such expectations
produce dishonesty in the political arena, but like our effort to minimize
private uncertainty, many politicians are opportunistically able to treat the
uncertain as certain, and by so doing, we drift as a species toward the abyss.
In modern times, the
magnitude of technological capabilities have been continuously generative of
unprecedented catastrophic dangers at the unfamiliarly grand scale of the
species as well as habitual human threats and pitfalls experienced at various
sub-species levels (nation, family, community). The warnings about climate
change have raised this issue to a heightened level of global awareness,
accompanied by a fatalistic denialism, as well as a set of politicized
responses that up to this point fall well below what is required for a
reasonable assurance of species sustainability. 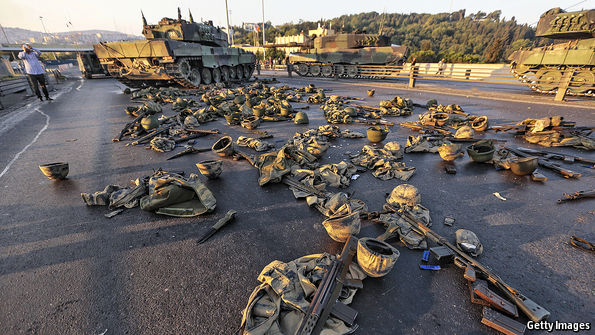 The Turkish Internal
Consensus
The experience of
political rupture is another circumstance that exposes claims of certainty as
pompous posturing, but also can bring forth distinctive forms of denialism that
pretends that what is rather certain is mired in the swamps of uncertainty, and
what is clear beyond a reasonable doubt, is to be treated as uncertain. Behind
this manipulation of uncertainty is a political agenda, usually unacknowledged.
These reflections
have been prompted by the various reactions to the failed July 15th coup
attempt in Turkey. Within Turkey there is a strong consensus (estimated at
between 80 and 90%) embracing most of the opposition forces in the country, but
with exceptions. The consensus includes even many embittered secular opponents
of Erdoğan’s leadership, believing that the attempted coup was the work of the
Fethullah Gülen movement and that its leader in residence in the United States
should be turned over to the Turkish government to face criminal prosecution
for involvement in crimes of terror, murder, treason. Above all, the consensus
proudly regards the defeat of the coup attempt as a great patriotic moment of
mass support for Turkish democracy. The second element in this consensus is
that the United States is somehow involved, and hence is almost certain to find
an excuse to avoid extradition or deportation, and distract attention by
harping on the importance of protecting the human rights of all Turks. The
third element is that it is essential that the Turkish government, to restore a
sense of security about the future, eliminate from various sectors of society
adherents and operatives of the movement led by Fethullah Gülen. The fourth
element is that the attempted coup was carried out in a bloody manner, killing
and wounding many innocent civilians, and failed only because initiated ahead
of schedule and poorly executed: Erdoğan escaped assassination by a mere 15 minutes
and was then able to mobilize quickly the citizenry to take over public spaces
in a bold, massive, and brave manner unprecedented in the context of coup
politics, and indicative of the depth of anti-coup sentiment among the Turkish
people and the intense support bestowed on Erdoğan for defeating the attempt
with polls showing his post-coup popularity to have surged to 70% or more. I
would maintain that this consensus in Turkey should be treated until reliably
refuted as a generally authoritative account of the relevant events, while
admitting that there are many complications that emerge if we look more deeply
into the full implication of each of these four elements. 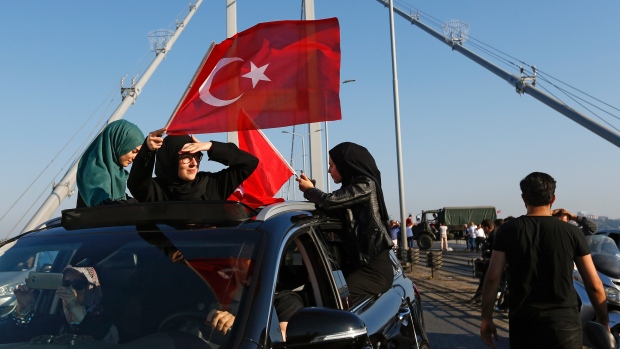 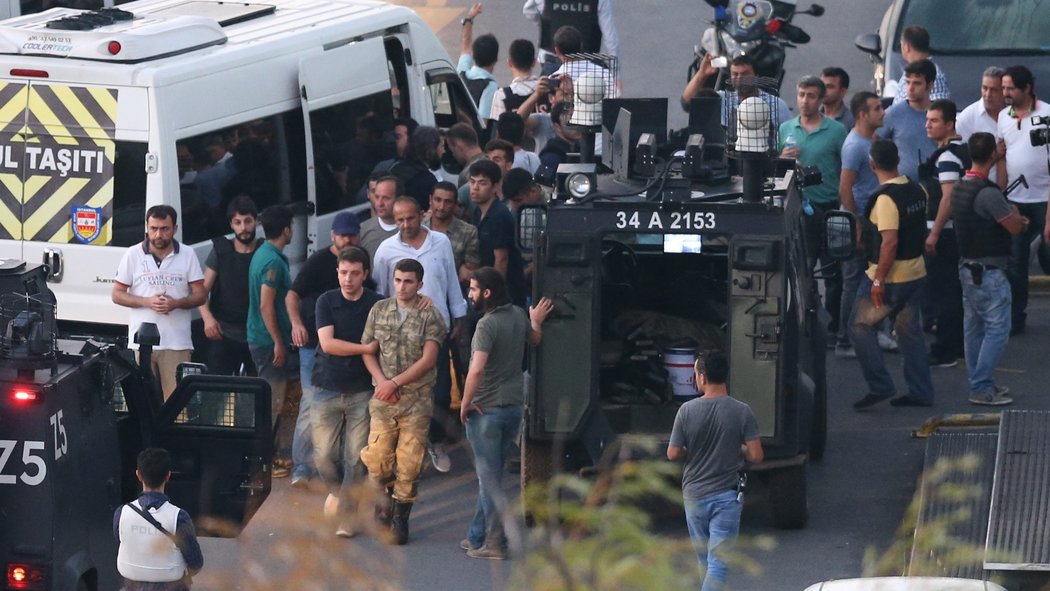 An Uncertain Future
Among the
uncertainties relevant to assessing the situation in Turkey is how the near
future unolds. Will the West live with a Turkey that claims the prerogative of
a sovereign state to pursue independently its own interests? Will the anti-
Erdoğan campaign carry the day in the struggle for the control of world public
opinion and shape Western policy toward Turkey? And, of course, will the
Turkish government conform formally and in good faith to due process and the
rule of law in the course of identifying those who can be reasonably charged
with direct and indirect complicity in the coup attempt? (It worth noting that
of the 55,000 or so who were originally subject to suspension or detention more
than half have been restored to employment or released, according to the
Minister of Interior). It is also most important, if Turkey is to regain
respect beyond its borders, that it not mingle its legitimate grievances
against the Gülen militants, operatives, and financial backers with separate
concerns it might have about the opinions and loyalty of pro-Kurdish activists
and ardent Kemalists.
This unfolding future
should gradually tell us which mix of certainties and uncertainties will govern
the Turkish internal and international future, and on that may hinge Turkey’s
security and overall regional and global orientation, including the future of
its relations with the United States, Europe, Russia, Iran, and its own
regional neighborhood. Perhaps, underneath the immediacies of the situation,
there are deeper forces at work in Turkey and elsewhere that are seeking to
find new alignments that befit the realities of the post-Cold War world order.
If this possibility were at the core of what is taking place, then it would not
be startling to witness Turkey pulling slowly away from NATO, and finding its
own path between East and West. At present, this seems unlikely as there
remains in Ankara a strong bonding with the West despite these recent strains,
but surely international relations have witnessed far stranger realignments
over the course of the past century. 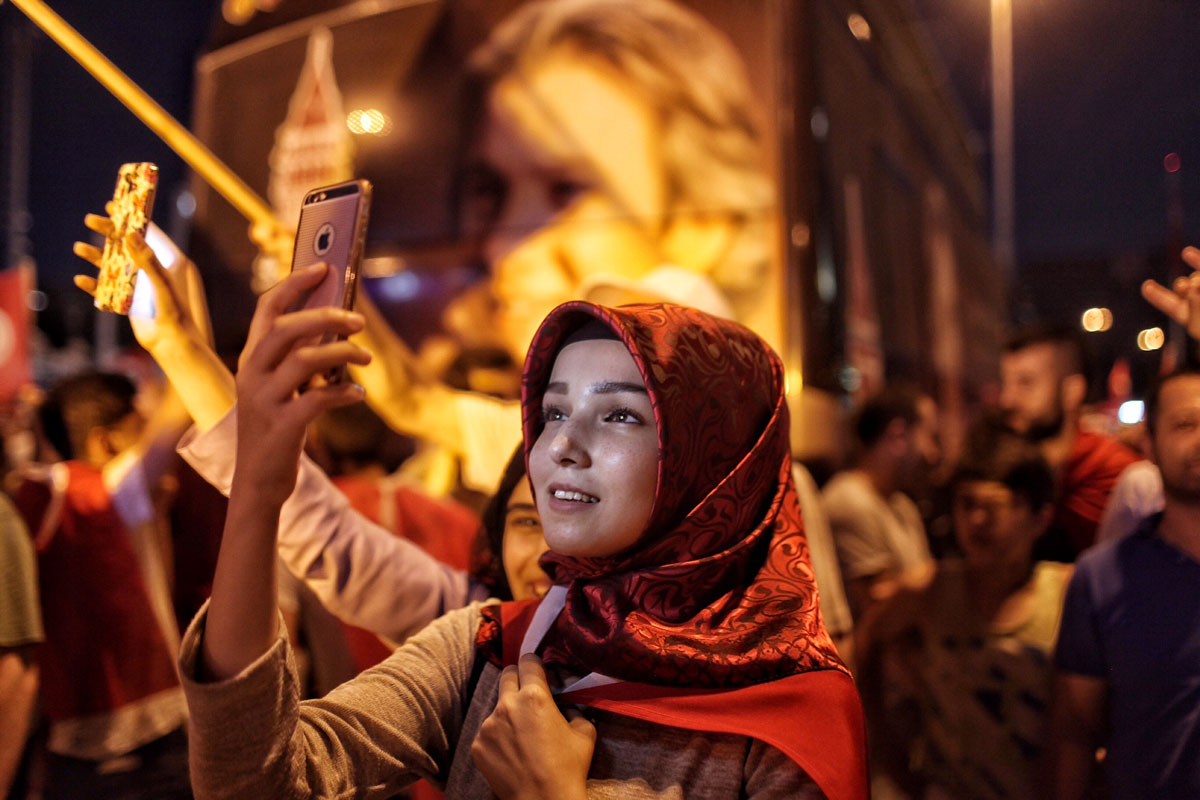