September 7, 2016February 23, 2021 by Milena Rampoldi
By Kit O’Connell, MintPress, August 30, 2016.
‘Prisons will never provide the solution to the
problem’ of terrorism, The Guardian warns in an editorial. ‘But it is right to
expect the prisons not to make the problem worse.’ 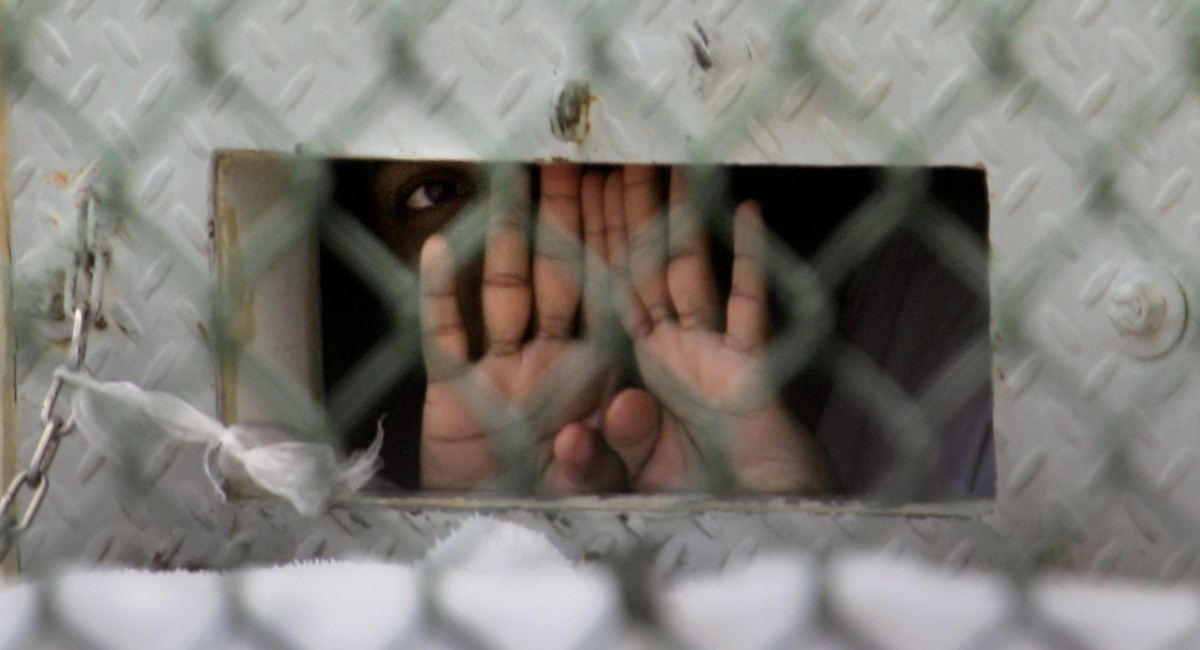 A prisoner shields
his face as he peers out through the so-called “bean hole” which is used to
pass food and other items into detainee cells, at Camp Delta detention center,
Guantanamo Bay U.S. Naval Base, Cuba. (AP/Brennan Llinsley)
AUSTIN, Texas — British and French prisons may
soon employ controversial methods like solitary confinement and
‘terrorist-only’ units in an effort to curb radicalization efforts in prisons
and to keep inmates from turning to terrorism.
Compared to their overall
populations, England, Wales and France disproportionately imprison Muslims. A
study conducted in March 2015 found that the number of Muslim prisoners in
English and Welsh prisonsincreased 122 percent between
2002 and 2014, while the total number of prisoners only increased 20 percent
over the same time period.
And although French laws prevent
an exact count of Muslims in prison, it’s estimated that as many as 70 percent of the country’s 67,500 prisoners are Muslim. 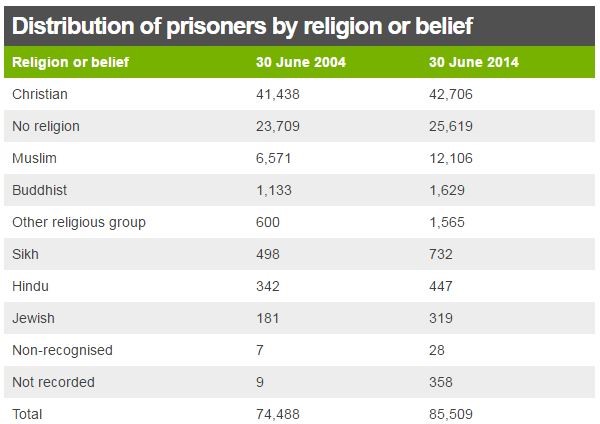 In July, Anjem Choudary, a self-styled Muslim preacher
living in Britain, was convicted of supporting Daesh (an Arabic acronym for the
terrorist group commonly known in the West as ISIS or ISIL). His sentencing is
scheduled for Sept. 6, and he faces up to 10 years in prison. Choudary’s
conviction highlighted concerns from some in government that he and others like
him could spread extremist philosophies to the rest of the general prison
population.
A recent report by the British Ministry
of Justice raised the alarm about the problem of terrorist recruiting in
prison, including revealing evidence of a flourishing “Muslim gang culture” and
swelling support for Daesh in prisons. As a result, there’s growing talk
of creating special unitsmodeled after Dutch prisons which take those prisoners who are on remand for, or already
convicted of, terrorism-related charges out of the general prison population.
However, these units, which would
be filled based on religious profiling efforts, could “provide a focal point
for public protests and claims of a ‘British Guantanamo,’” as The Guardian’s Rajeev Syal reported on Aug. 22. Further, they
could actually serve to strengthen dangerous groups, rather than curb their
growth.
“The experience at the Maze prison in Northern Ireland in
the 1980s, where republican and loyalist prisoners organised themselves along
military lines and ran their respective H-blocks, is often cited as the main
argument against a separatist solution,” Syal reported.
Another plan proposed by the
Ministry of Justice would see certain inmates — particularly, those deemed most
dangerous — constantly shuffled between isolation units in different
prisons, The Guardian also reported on Aug. 22.
But while keeping prisoners on
the move has a long history, known colloquially in the United Kingdom as the
“magic roundabout” or the “shared misery circuit,” and as “Diesel Therapy” in the United States, the
practice carries with it considerable human rights concerns. Prisoners in transit can spend hours on buses
with poor climate control, and they are often kept shackled in order to prevent
anything but the most limited range of motion. 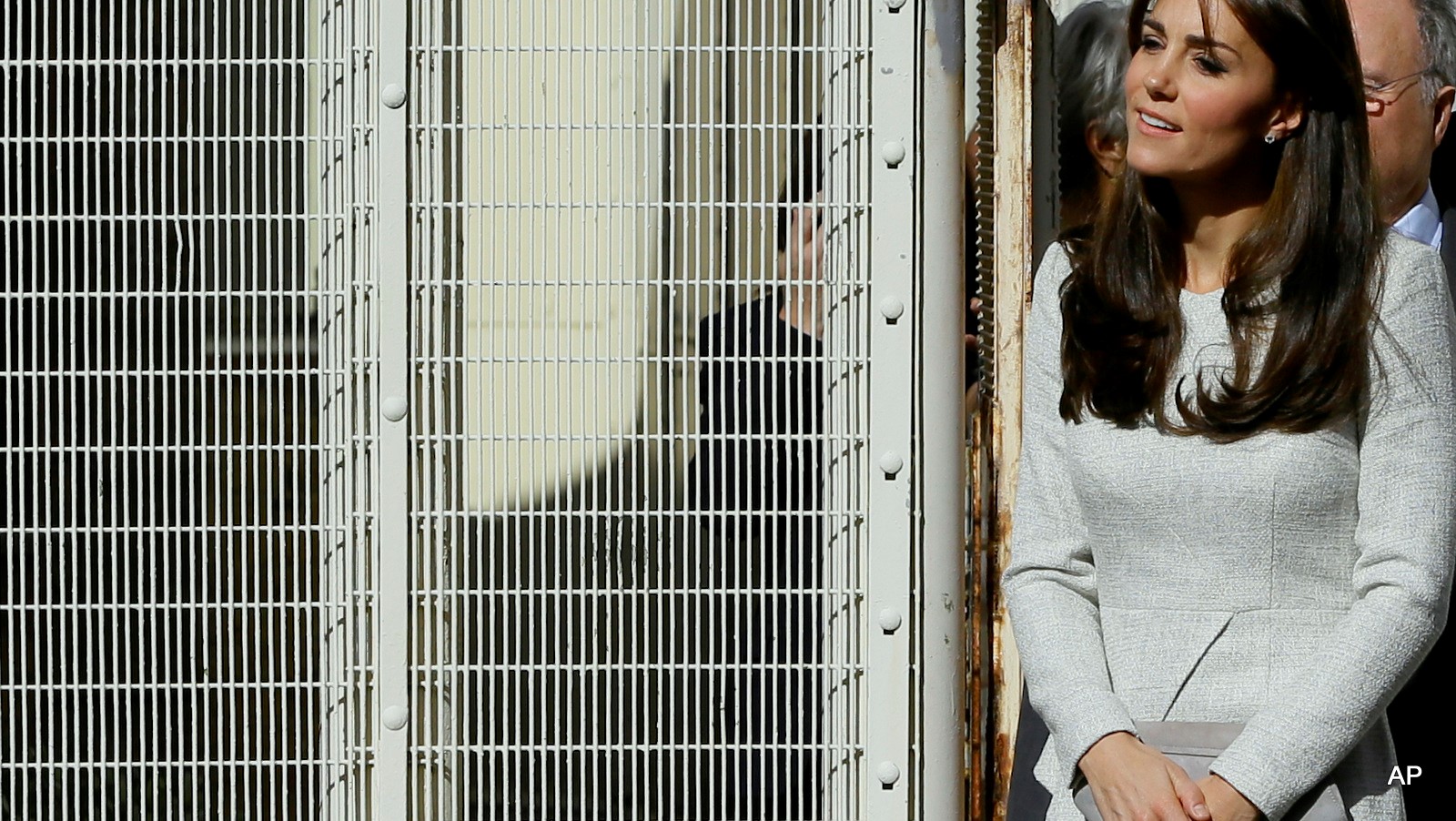 Britain’s Kate,
Duchess of Cambridge arrives for a visit to Her Majesty’s Prison Send near
Woking, England, Friday, Sept. 25, 2015.
Similarly, long-term solitary
confinement can do severe harm to prisoners’ mental health. The United Nations has repeatedly raised concerns about the use of solitary confinement in the U.S., and argued that its use should be limited to
15 days or less.
In February, France began
creating separate “anti-radicalization” units for prisoners suspected of
harboring terrorist sympathies. According to a report from The Guardian, these units focus on
providing education and cultural alternatives to terrorism.
“The routine for these men will
include theatre workshops, political discussions and lessons in the prison
school – reading and writing for the barely literate, Japanese for the intellectually
advanced,“ Christopher de Bellaigue reported in March.
In an Aug 22. editorial, The
Guardian’s editorial board warned of the drawbacks of strategies like “magic
roundabouts” and separate units.
“None of these courses of action
is a guaranteed success,” they wrote. “None of them is cheap. Each
is further complicated by the need to apply the strategy to [prisoners awaiting
trial], young prisoners and women.”
Ultimately, they argued that
solutions to the problem of terrorism and extremism must come from outside
prison walls:
“Prisons will never provide the
solution to the problem … That lies outside the prisons, not inside them. It
will be the work of generations. But it is right to expect the prisons not to
make the problem worse.”