Zionism Goes from Bad to Worse, Taking Judaism with It

From Bad to Worse

Zionism’s
range of influence is shrinking. One can see this progression worldwide. At a
popular level the Israelis have lost control of the historical storyline of
Israel-Palestine. 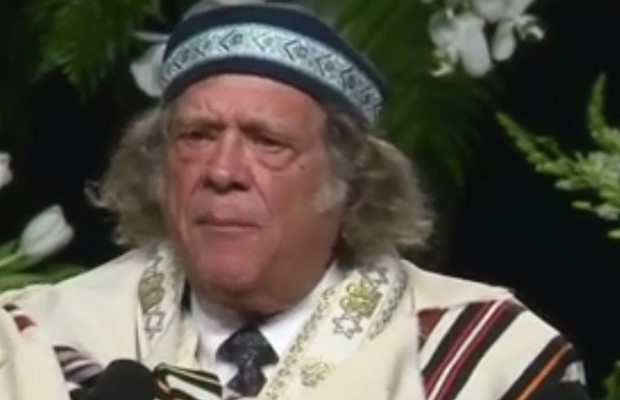 They may teach their own citizens their version of the story, the one wherein
the Jews have a divine and/or historical right to all of Palestine’s territory.
But beyond their fellow Zionists and the loony Christian right, no one else
believes this story. Significantly, an increasing number of Jews no longer
accept it either.
None of this means that the Zionists are not still influential. Yet their
influence no longer has a broad popular base. It is now largely restricted to
Western government circles. Of course, that is still impressive, and such lobby
power does a lot of damage in the West through the corruption of elites and the
perversion of state policies. We are seeing examples of this in the many stories of American police officers being trained by
Israelis while (coincidently?) episodes of police brutality in the U.S.
multiply.
It is to be noted, however, the Zionist ability to maintain a close
connection between Western governments and Israel is now based on their ability
to spread around enormous sums of money, and not on what once was popular
emotional admiration for the “Israeli experiment.” In truth the Zionists are
left with a narrowing base of support for a country that is increasingly seen
as, at best, inhumane and racist and, at worst, ruthless and criminal.
Zionism’s internal reaction to the loss of popular support is to
defensively circle the wagons ever more tightly and press on with transparently
illegal policies of settlement expansion and oppression. Prime Minister
Benjamin Netanyahu is the secular-political leader of this hunker-down
strategy. However, for Jews worldwide what is perhaps more alarming, and
certainly as depressing, is the role played by Judaism’s religious
representatives – members of Israel’s rabbinic officialdom – who keep publicly
calling for, and religiously justifying, the slaughter of Palestinians. Here
are some recent examples:
In early March of 2016 Israel’s chief Sephardic rabbi, Yitzhak Yosef,
announced that it is “a religious imperative” to execute
“Palestinian assailants” as soon as they are apprehended, despite more
judicious directives given by Israel’s military high command and law courts.
Yosef then managed to show himself utterly out of touch with the history of
Palestinian resistance (which he incorrectly mixes up with modern terrorism)
when he declared that “It deters them too. The moment a terrorist knows that if
he comes with a knife he won’t return alive, that will deter them. That’s why
it’s a mitzvah [a blessing] to kill him.” There is, of course, no evidence that
such a policy of on-the-spot executions deters Palestinian violence.
Yosef’s call for on-the-spot executions is actually a follow-up to a
statement made by his predecessor, Rabbi Mordechai Eliyahu, in 2007. At that
time Eliyahu pronounced that “there was absolutely no moral
prohibition against the indiscriminate killing of civilians during a potential
massive military offensive on Gaza.”

All those Zionists who justify the murder of
Palestinians lawfully resisting unlawful occupation are themselves in violation
of international law. Those who rationalize this behavior by evoking violent
and wrathful biblical images go further and put themselves in the same category
as al-Qaeda and ISIS fanatics.

In December 2015 Chaim Kanievsky,
an important “ultra-Orthodox” Israeli rabbi, instructed the
members of
United Hatzalah, a West Bank settler-run ambulance service, that when
confronted with a Palestinian “terrorist” who has “a life-threatening
condition, they should leave him or her to die.” This pronouncement has sparked
alively debate among some Israeli rabbis,
but the resulting impact on
the practice of
Israeli ambulance crews has been to give them an excuse to disregard their obligations under
international law, and leave injured Palestinians untreated.
This attitude has long been evolving, and it has even produced the
equivalent of “saintly” figures. For instance, there is the American Zionist
settler Baruch Goldstein who in 1994 killed 24 Palestinian
worshipers and injured another 125, at the Ibrahimi Mosque in Hebron. The
settler community at Kiryat Arba has erected an elaborate tomb to Goldstein
with an epitaph that reads, in part, that he had “clean hands and a pure
heart.” The tomb remains today a site of pilgrimage for Zionists of genocidal
inclination.
All those Zionists who justify the murder of Palestinians lawfully
resisting unlawful occupation are themselves in violation of international law.
Those who rationalize this behavior by evoking violent and wrathful biblical
images go further and put themselves in the same category as al-Qaeda and ISIS
fanatics.
An Existential Dilemma
Zionism did not start out advocating slaughter. The original Zionist
preference for the disposal of the Palestinians was“transfer” – the removal by force or economic
inducement of the Palestinians from conquered Israeli territory into the
surrounding Arab lands. This scheme, in its forceful guise, was put into effect
during the 1948 and 1967 wars. This certainly cleared out some of the
indigenous population, but by no means everyone: there are today some 6 million Palestinians living under Israeli
control.
For most of those who have remained, policies of enforced poverty, enforced
immobility and daily harassment have made life miserable. It has also
encouraged continuous violent resistance among Palestinians and a corresponding
growing frustration among Israeli Jews. This frustration soon began to
encourage Zionists, both secular and religious, to replace the traditional
notion of transfer with newer visions of slaughter.
The participation of the rabbis, who play the role of “spiritual guides”
for millions of Orthodox Jews, in preaching a call to murder, creates an
existential dilemma for the adherents of the Jewish religion – existential
because it speaks to the religion’s evolving nature. In terms of its present
adherents, it places them in the same situation experienced by many Catholics
and Protestants during the eras of the Crusades and Reformation wars. It was in
those eras that official religious institutions and leaders espoused and
religiously rationalized wholesale slaughter. Today we have created standards,
supported by international law, that render such repulsive behavior illegal.
But the Zionist leadership seems not to care about such standards and laws.
There are certainly those among today’s Jewry who understand the watershed
nature of this turn of events. In August 2014 the American rabbi Michael
Lerner, editor of Tikkun Magazine, called on his fellow
Jews to “mourn for the Judaism of love and generosity that is being murdered by
Israel and its worshipers around the world, the same kind of idol-worshipers
who, pretending to be Jewish [are] actually assimilated into the world of
power.”
The organization of Rabbis For Human Rights attempts to ally with
Palestinians so as to keep alive the notion that there are still Jewish
religious leaders who understand the potentially humane essence of their
religion. Organizations such as Jewish Voice for Peace give an alternative for Jewish
laity who wants to work against Zionist policies. In the meantime, increasing
numbers of Western Jews have silently broken with Israel and the Zionist
movement. They have retreated to a passive apolitical position, rendering
Israel no aid. Unfortunately, Jews in active opposition to Zionism, be they
rabbis or laity, while growing in number, are still insufficiently organized to
challenge Zionist political influence in official circles.
Conclusion
The existential problem that now confronts Judaism is the logical
consequence of the World War II era alliance made by the religion’s leadership
and the secular ideology of Zionism. There are clear historical reasons why
this alliance was made: a millennium of anti-Semitic persecution in the West
culminating in the Nazi Holocaust; the existence of the national state as the
premier model for collective self-protection; the colonial tradition that
rationalized European control of non-European lands; and finally an age-old
religious devotion to biblical tales of wandering and conquering Israelite
tribes.
This offers the context within which the modern Jewish religion got
captured by the Zionist movement, but whatever you think of these reasons, none
of them, nor all of them together, mitigate the predictable disastrous
consequences, laced with racism, chauvinism, intolerance, and violence, that
was bound to follow Judaism’s collaboration with Zionism. As Rabbi Lerner says,
the end product of all of this sends him into mourning.
In the eyes of increasing numbers, the country of Israel is a pariah state,
and the behavior of its rabbinical officialdom may have already thrown its
religious establishment into similar disgrace. Those Jewish organizations that
stand against the Israeli debacle are like candles burning in otherwise
political-religious darkness. Their struggle will go on. Indeed, it may never
cease until Israel’s racist behavior ceases. But right now, it has become
evident that it is not only the existence of the Palestinians that Zionism
threatens. It also has put in danger whatever humane instincts are left within
organized Judaism.