US shows support to Ankara for cross-border offensive in Jarabulus, while telling Kurdish allies they must advance no further in north Syria

ISTANBUL, Turkey – At least nine more Turkish tanks entered northern Syria on Thursday as part of the military operation to drive Islamic State out of the border town of Jarablus, as well as stopping Kurdish militia fighters from seizing territory.

A Turkish official told Reuters there are now more than 20 Turkish tanks inside Syria and that more would be sent as required.

“We need construction machinery to open up roads … and we may need more in the days ahead,” the official said on condition of anonymity. “We also have armoured personnel carriers that could be used on the Syrian side. We may put them into service as needed.”

Turkey received multiple boosts on Wednesday when the US backed the Turkish seizure of an Islamic State-held Syrian border town, and warned Kurdish allies in Syria they must halt their advances or face losing American support.

In a visit to Ankara, US Vice President Joe Biden said the US supported the Turkish incursion into Jarabulus, after earlier warning that America’s Syrian-Kurdish allies of the People’s Protection Units, or YPG, “should not spread west of the Euphrates… if they do they will never receive US support again. Period.”

That statement strongly supported Ankara’s long-held “red line” policy that such a crossing would create a contiguous Kurdish enclave in the north of Syria and boost Turkey’s arch-enemy, the Kurdish PKK.

Within hours of Biden’s statement, Kurdish website K24 reported that the YPG was withdrawing as demanded.

The Turkish president, Recep Tayyip Erdogan, later said residents in Jarabulus “have their city back” – suggesting the town was in the control of his forces.

The US said it had used F-16 and A-10 “tankbuster” jets to support Turkish armour, special forces and up to 5,000 allied Syrian FSA soldiers in the battle, which began in the early hours of Wednesday. 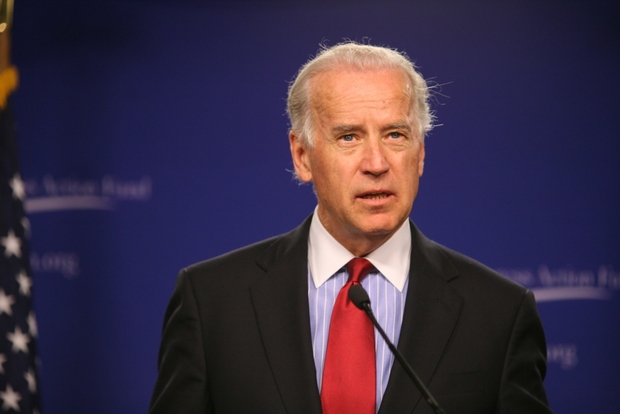 Biden said the PYG would lose US support, ‘period’ if it continued to advance further (AFP)
Images this afternoon showed Turkey-backed rebels patrolling the centre of the town.

The Sultan Murad Brigades, a group largely composed of Syrian Turkmens – was leading the charge.

Ahmad Othman, the commander of the brigade, told AFP in the late afternoon that “Jarabulus is completely liberated”.

There were reports that the bulk of IS forces had withdrawn before Turkey began its incursion.

Anadolu news agency reported just one casualty among FSA ranks in a full day of fighting.

Nevertheless, the rapidity of the advance was in complete contrast to the long-grinding battles where Kurdish forces had taken towns in northern Syria, including Kobane and Manbij, from IS.

Ankara has been keen to emphasise the offensive was not targeting Syria’s territorial integrity.

Jarabulus is the last major town in the hands of IS along the border with Turkey.

Despite the apparent withdrawal of YPG, Saleh Muslim Mohammed, the co-chairman of its political wing the PYD, said Turkey country would be “defeated” just like IS.

Russia, which is backing the Syrian government of President Bashar al-Assad, said it was “deeply concerned at what is happening in the Syrian-Turkish border area”.

And despite backing Turkey in Syria, Biden refused to budge on stated policy over the extradition of Fethullah Gulen, a preacher in self-exile in the US who is blamed by Ankara for the failed coup in July.

The US state department on Tuesday confirmed it had received a formal extradition request from Turkey.

Biden on Wednesday said it was for the courts to decide and that US officials were cooperating with Turkish counterparts to ensure paperwork met US legal standards. 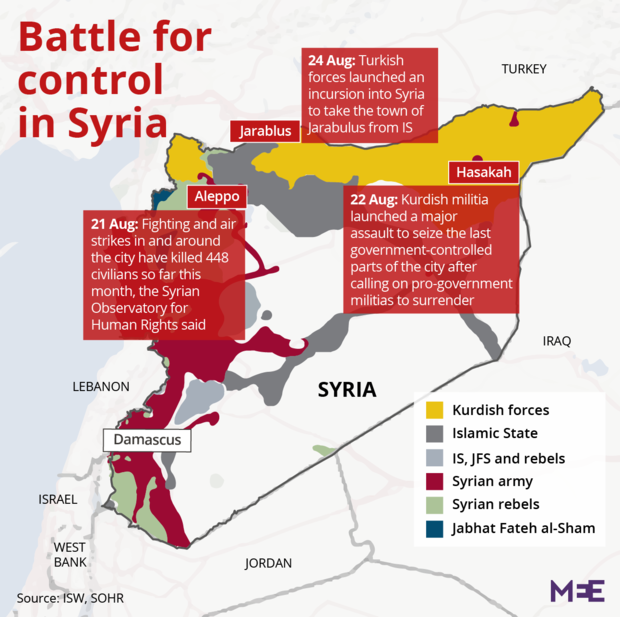