Australians protest against detention of migrants

Thousands of Australians poured onto the street in droves as part of a nationwide protest calling for the closure of camps on Manus Island and Nauru. 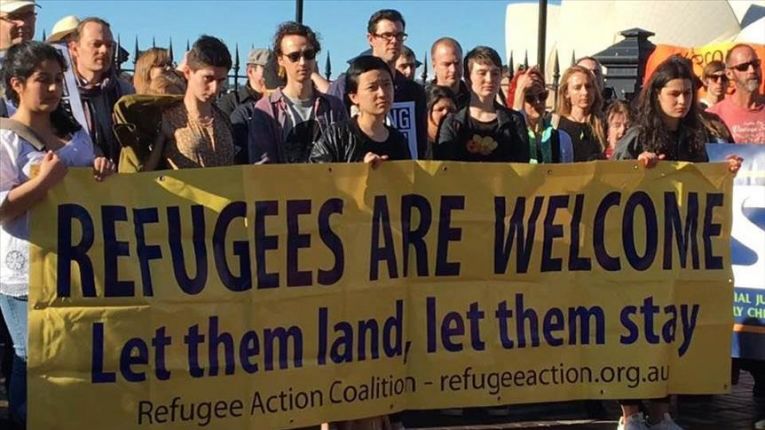 Photo by: AAPhoto by: AA
People took to the streets of Australian cities protesting against the country’s practice to send asylum seekers to offshore detention facilities.

Thousands of people have taken to the streets of Australia after refugees and asylum seekers imprisoned on two islands off its coast appealed on social media for people to demonstrate for their freedom.

People poured onto the street in droves as part of a nationwide protest calling for the closure of camps on Manus Island and Nauru and for the 1,500 refugees and asylum seekers detained there for over three years to be brought to Australia.

The national rallies come in the wake of 2,116 files leaked to the Guardian Australia, a Sydney-based online newspaper, which document sexual abuse, assaults, child abuse, self-harm attempts and daily injustices on Nauru. 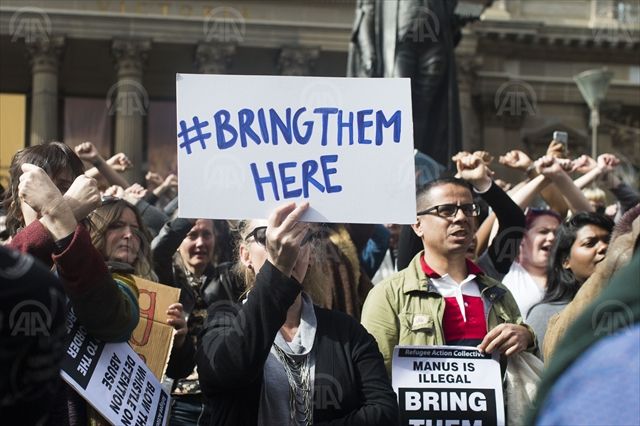 People demanding the release of all asylum seeker refugee children and their families from detention attend a protest in Melbourne, Australia on August 27, 2016. AA
“It is a source of strength to us to know that there are people in Australia fighting for our freedom,” one unnamed refugee on Nauru said in a video.

Behrouz Boochani, an Iranian journalist and writer being held on Manus, voiced a similar plea saying: “we in Manus prison… are asking from you the Australian people to put pressure on the government at this important moment.”

In a message read at Saturday’s rallies Boochani spoke of being subjected to “a system of punishment and cruelty” and of witnessing “physical assaults, death, sexual abuse and torture”.

He pleaded with the Australian people to “speak out and use our collective voice to demand change”.

Meanwhile, in Adelaide, Brisbane, Hobart, Melbourne, Newcastle, Perth and Sydney “close the camps, bring them here” was the rallying cry.

Dutton told the ABC, Australia’s public broadcaster, that no one from Manus would be able to seek refuge in Australia.

Rally participants want all refugees to be given permanent protection in Australia.