A Maori activist’s fight for his people after being accused of running a paramilitary training camp in New Zealand.

In 2007 New Zealand police arrested charismatic Maori leader Tame Iti and others in anti-terrorist raids after a period of surveillance.
In a long trial, Iti and three other people (the “Urewera Four”) were accused of running a terrorist training camp and of being members of a criminal group. The high court found them not guilty of terrorism but they were jailed for firearms offences. The case was the culmination of 170 years of conflict between the New Zealand Crown and the Ngai Tuhoe tribe, who had suffered appalling injustice including the dispossession of their land.
Filmed over seven years, Iti fights to clear his name and in a surprising turn, the Crown apologises to the Ngai Tuhoe for the historical oppression. This is an extraordinary film about a clash of cultures and indigenous people reconciling with the colonial power.
The Ngai Tuhoe tribe have suffered injustices such as land dispossession and military action under the New Zealand Crown 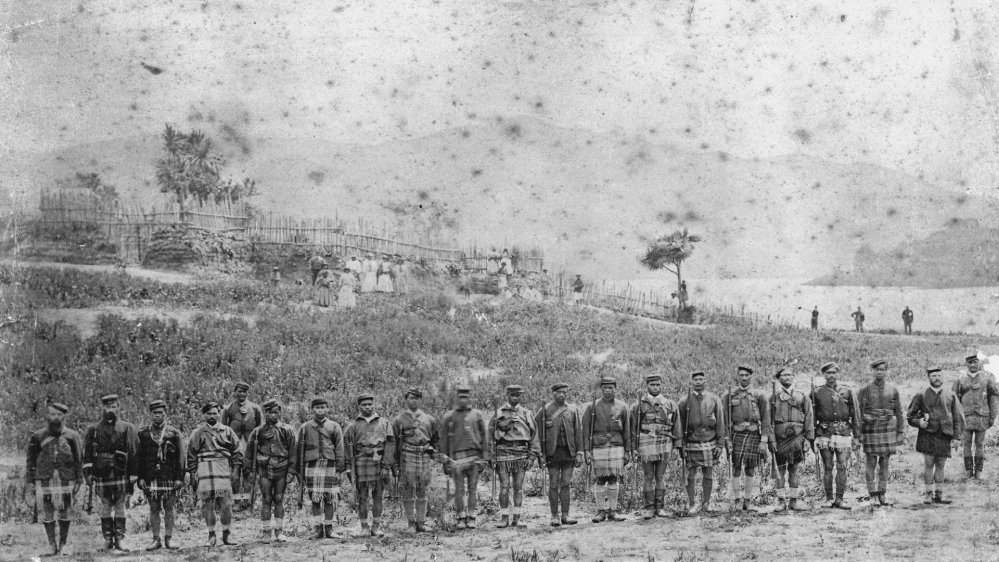 DIRECTOR’S VIEW
By Kim Webby
Tame Iti is a well-known activist in New Zealand who has spent his life advocating for Maori rights, in particular those of his Ngai Tuhoe tribe. He uses dramatic and spectacular actions to make his point but, in 15 years of knowing Tame, I never saw him as a violent man.
When the New Zealand police raided Tame’s home community in 2008 seeking alleged “terrorists”, what I saw on the television news shocked me. The “terrorists” were accused of running military-style training camps. There were night raids by armed police on family homes and a massive blockade which stopped all movement in and out of the region. This was something new for New Zealand.
As a filmmaker, I followed this story for seven years. It was not that I was convinced Tame was completely innocent or that I fully believed he was guilty. I just didn’t believe he was a terrorist or inherently violent. Police surveillance footage in the documentary makes it clear that guns and manoeuvres took place – the question for me, however, was what was the intention? And, was it sinister or not? My instinct told me that it wasn’t.
Tame Iti has led a lifelong campaign for the sovereign rights of the Maori people, especially those of his tribe, the Ngai Tuhoe [Al Jazeera]
It is impossible to do a documentary on Tame without some focus on his tribe Ngai Tuhoe and his lifelong campaign for sovereign rights for his people and demands for government acknowledgement of past wrongs, which include land confiscation and military action. So the story of the tribe and its history became interwoven with the story of Tame Iti.
Making An Innocent Warrior was largely an unfunded labour of love. It was a tough documentary to make, one that relied on the goodwill of our director of photography Jos Wheeler and the goodwill of many in the New Zealand film and television community who loaned us equipment and gave us their time.
Since it has screened in New Zealand cinemas it has been described as a film that “all New Zealanders should watch”, a film that breaks down barriers around race relations. Similar comments have been made at festivals around the world and for me, this is the film’s legacy. 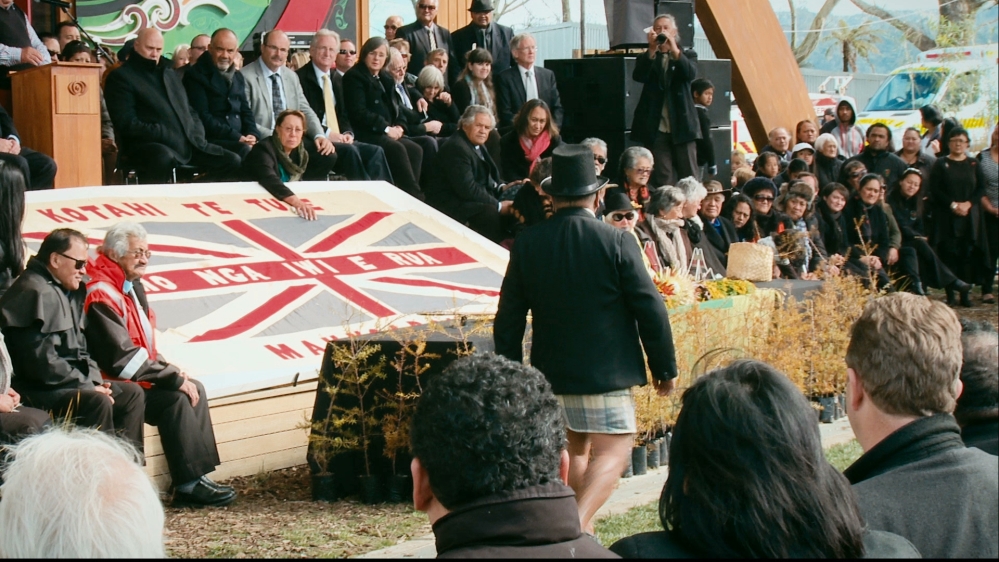