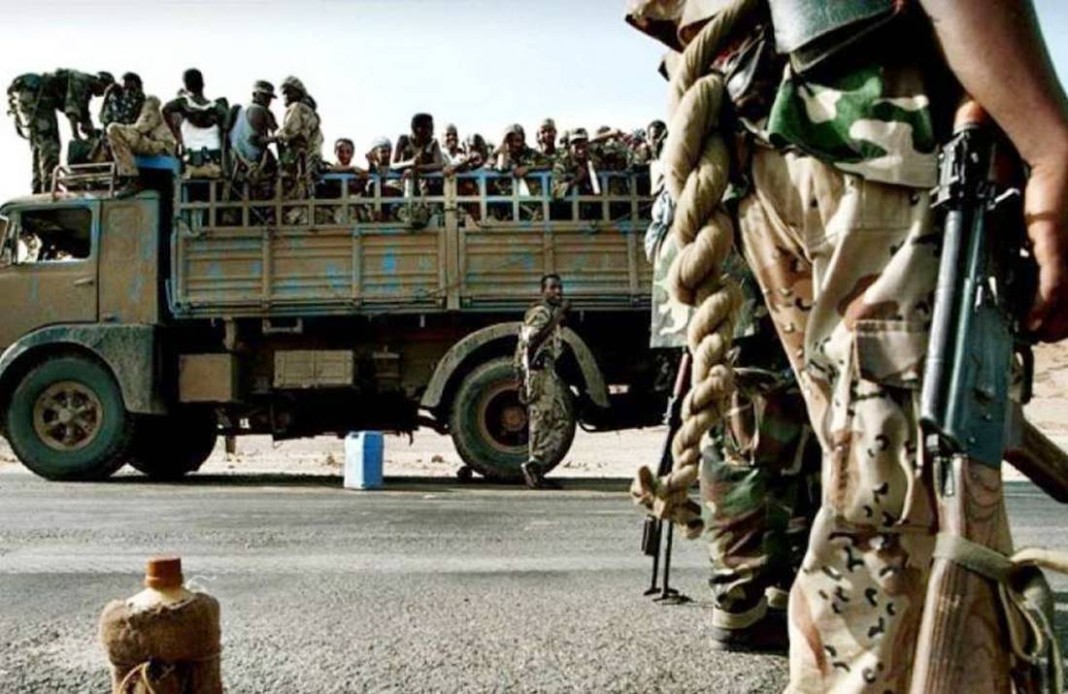 When being a military man is not a free choice, but compulsory, when
conscription does not last a year, but a lifetime, when survival
conditions are put at risk in daily life more than in battle, it is no
longer about belonging to a military body, but about a new form of
slavery. Or perhaps I should say a “renewed” one, because there have
already been example of men forced to fight against their own will in
human history.

This is what UN says, mentioning one of the many outskirts of the world, Eritrea. In the latter,
unlimited military service is the exact equivalent of a form of slavery
and is, therefore, “a crime against humanity.” “About 400,000 people in
Eritrea are slaves of unlimited military service” said Mike Smith,
president of the Commission for Eritrea of the UN Council for Human
Rights. In 2015, over 47 thousand Eritreans tried to flee to Europe in
search of asylum, whereas tens of thousands of other Eritreans headed to
South Africa and other neighboring countries.


“Eritrean officials – says the UN Commission report – exercise a genuine right of ownership over the citizens;
“There are good reasons to believe – the Commission says – that
Eritrean officials have committed the crime of enslavement, a crime
against humanity, which they have been perpetrating systematically and
persistently since 2002”. “There are very few people who are not forced
to serve their State in the armed forces” Smith said at a news
conference. And this is one reason why the Eritreans are fleeing in
their thousands to this small country in the Horn of Africa, with 6.5
million people.


According to the Commission of Inquiry, military service should be reduced to a year and a half at the most, as expected.
But things are very different in the real world: according to the
report, “in the last 25 years, everything boiled down to detention
centers, military training camps and other locations around the
country.” The President of the Committee of Inquiry has asked the
Council to adopt “targeted safety measures” against the perpetrators of
these crimes.


Among the recommendations to be presented to the Human Rights Council,
there will be also a request to the Eritrean government to implement
the 1997 Constitution and ratify a number of conventions that guarantee
human rights; as well as the application of the Criminal Code, Criminal
Procedure, and Civil Procedure drafted in May 2015. The situation in the
country degenerated after 1993, when under the UN’s aegis was held a
referendum to decide if Eritrea were to finally become an independent
country or stay in the federation with Ethiopia. 99% of Eritreans voted
for independence, which was officially declared 24 May 1993. Since then,
the country is in the hands of Isaias Afewerki, President-master who
heavily exploits regional conflicts. Aferwerki has isolated and
militarized Eritrea. People are very poor and corruption is
skyrocketing.


According to the latest annual Amnesty International report, the human rights situation in the country is tragic:
“Military training is still compulsory for children. Recruits have been
used to carry out forced labor. Thousands of conscience prisoners and
political prisoners continued to be arbitrarily detained in appalling
conditions. The use of torture and ill-treatment are a widespread
phenomenon.”

Exactly one year ago, the United Nations spread a document
that summarizes survey results on the situation concerning rights. The
conclusions of this UN document were terrible. A year has passed… An
insult to freedom, but we are in one of the peripheries of the world,
one of those places where no one has a specific interest. An invisible
place; in fact, nothing has changed.