By Islamiq, 5 February 2020, English Translation by Milena Rampoldi, ProMosaik. Professor teaching at the University of Applied Sciences in Konstanz, Germany, poses an Islamophobic exam question and triggers a shit storm on the internet. The university condemns the incident. 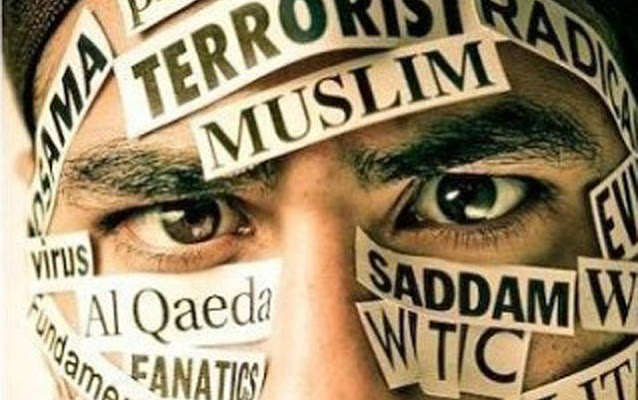 After a professor teaching at the University of Konstanz for Technology, Economics and Design (HTWG) had asked an explicitly Islamophobic exam question, there has been heavy criticism on social networks since Thursday. In the online Statistics II exam, a professor requests a probability calculation for “radical Muslims” in a mosque, where the imam wants to check how many of his mosque members may be “radical Muslims”. 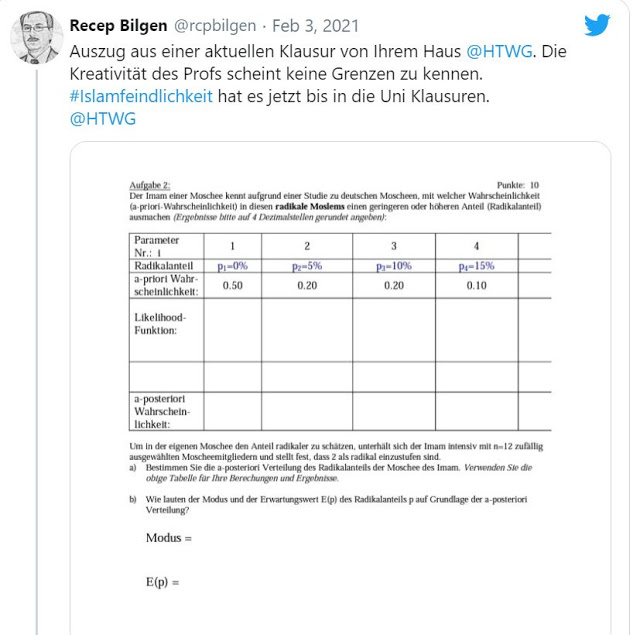 A Twitter user called the exam question a “scandal” and wonders what the professor is getting at. The chairman of the Shura of Lower Saxony, Recep Bilgen, also tweeted on the incident: “The creativity of this professors seems to be limitless. Islamophobia has now even reached the space of university exams.”

The Muslim University Group in Konstanz announced that it would review the circumstances. “It is important to us to listen to all perspectives as far as possible, to approach the matter in a solution-oriented and initially impartial manner,” a Facebook message stated.

After the shitstorm, the University condemned this incident

In a message, the university management expressly apologizes for the Islamophobic formulation of the exam task. “We take this incident very seriously. The exam task was hurtful and discriminating. We are deeply sorry for that. There is no room for such behaviour at our university. The entire presidium of the University of Konstanz dissociates itself resolutely and expressly from it,” was the explanation offered by President Prof. Sabine Rein.

Such a form of discrimination is not accepted at the university. Consequently, the behaviour of a university professor formulating anti-Islamic stereotypes in an examination is unacceptable. “The university of Applied Sciences HTWG in Konstanz stands for an open-minded worldview and for a respectful interaction with one another. We appreciate diversity and oppose all forms of hatred, violence, racism and intolerance,” emphasizes HTWG President Prof. Dr. Sabine Rein, who promised to consider suitable measures to make towards the involved professor.