by Wesley Massey, Workers, 30 January 2021. The writer is an incarcerated worker in Indiana, Pa. COVID-19 has exposed the “cancel culture” in the American prison system in relation to how prisoners are treated like chattel. Prisons and their administrations have been given carte blanche authority to govern themselves on how they treat prisoners during this pandemic. This lack of oversight has proven to be barbaric, inhumane and heartless, as thousands of prisoners have become sick and hundreds of inmates have died. 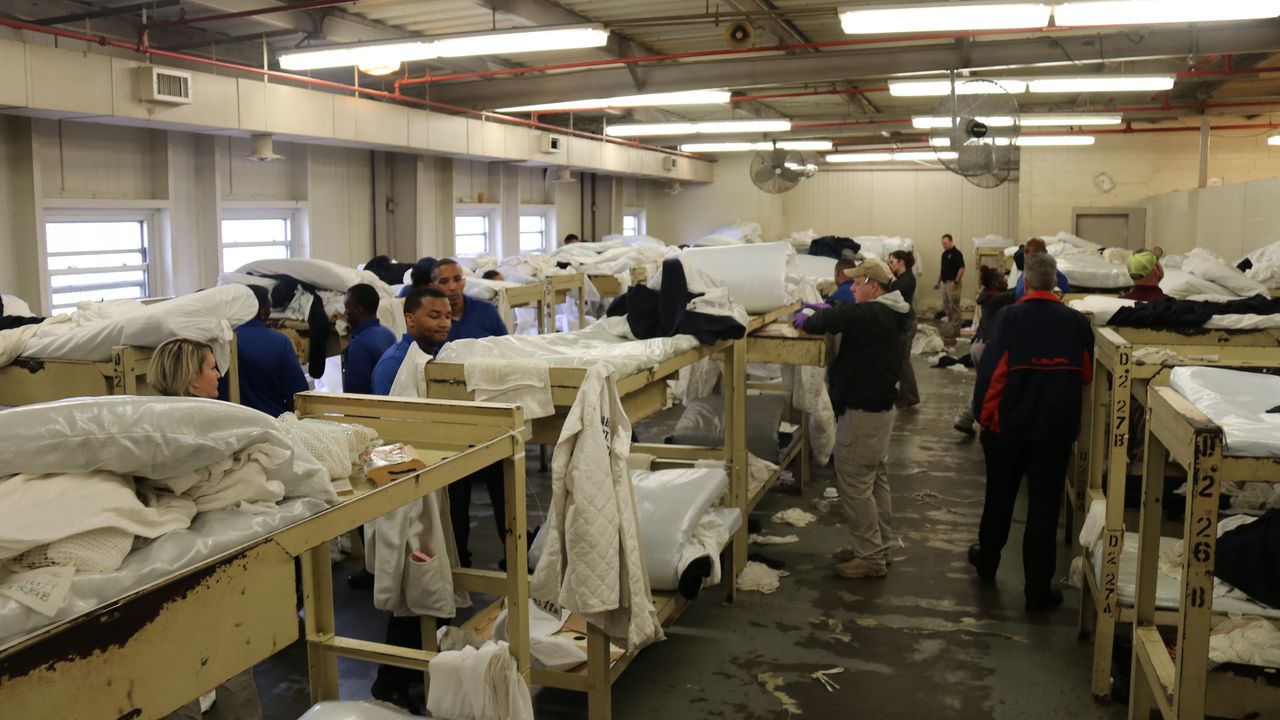 So where do inmates turn for help? It’s a longstanding fact in this country that the government was created with a separation of powers clause. Our framers knew that no one branch should possess power over all three branches, out of fear of tyrannical oppression.  Nor should any one branch possess the power of any other branch beyond their own.

When a prisoner is aggrieved, his only recourse is to petition the courts for the redress of his grievances. In theory, the judicial branch is supposed to be a check on both the legislative and executive branches, and that should ensure that the Constitution is being adhered to.

I am a 38-year-old diabetic who has been diagnosed with high blood pressure. I’m also African American. All of these are considered high-risk factors for severe complications up to and including death, as determined by the Centers for Disease Control and Prevention.

I am also a prisoner in SCI Pine Grove, in Indiana, Pa. I am classified as a low-risk, nonviolent offender. SCI Pine Grove’s number of positive COVID-19 cases exceeds 200 among inmates and more than 100 among staff. The total inmate population is only 856.  One inmate, Cornelius Scaine, has died in this facility from COVID-19 complications.

In March 2020 I petitioned the U.S. District Court for the Western District of Pennsylvania under U.S. Code §1983, complaining about constitutional violations of my substantive due process rights, subjecting me to cruel and unusual punishment. I stated deliberate indifference claims through staff not wearing masks, cross-contamination by officers who have tested positive, the housing of inmates who tested positive with inmates who had tested negative, and allowing inmates from multiple housing units to congregate in one area. The list of their malfeasance goes on.

I requested immediate injunctive relief and a temporary restraining order — to be released to home confinement to allow for proper social distancing. I was granted a hearing in front of Judge Susan Paradise Baxter of Erie, Pa., to argue my reasons for the temporary restraining order. At the hearing, the court allowed respondents to testify about the menial preventive measures they put in place, such as handing out cloth masks and bars of soap.

I cross-examined each witness, and got them to admit the malfeasance mentioned earlier and various other egregious conduct, such as respondents not requiring a negative test for staff to return to work. Ultimately, Judge Baxter denied the motion, stating that there was no deliberate indifference, given the preventative measures the respondents had put in place.

The judge knew there was an active outbreak, as it was presented as evidence.  She further stated that she recognized that I was at high risk for serious complications given my co-morbidities, but that my claims of deliberate indifference were unavailing! That is because, she said, they had done the best they could by giving out soap.

Is the action or inaction of a party any more or less indifferent just because the harm an individual received was unintended? So, here is a situation where one inmate who is prone to violence and another inmate who is considered vulnerable are housed in separate housing units because the violent inmate has attacked the vulnerable inmate before. Then they are allowed to eat in the same dining hall, and the violent inmate beats the vulnerable inmate to death.

So, the administration isn’t indifferent because they separated them? This is exactly the stance the court has taken against those who have sought relief from COVID-19. The court has manifestly failed to hear my plight  and my pleas for mercy!

The court’s stance of apathy and its shielding the prisons from constitutional scrutiny have created a barbaric result. Inmates have nowhere to turn, no avenue of regress, when the courts turn a blind eye and let nature take its course.  Who then is  responsible for the lives COVID-19 may take? It is now a game of chance every time you step out of your cell. Am I going to get infected today? If I do, I ask will I die from this? Could this have been prevented?

I was not sentenced to die in prison! Who can help me? The reality is nobody! Every branch of government has effectively shielded the other from any liability for inmate deaths and sickness related to COVID-19. They have created an unholy trinity, one protecting the other.  This is “domestic terrorism,” torture by acquiescence. The courts have a duty to protect those who — by virtue of a court order — have been stripped of every means to protect themselves, those for whom society has already tolled the bell.

Instead the courts have allowed inmates who are nonviolent and at low risk languish in prison, as this deadly pandemic has spread in these tinderboxes called prisons. How will we look back and gauge what happened? I can assure you that there is no absolution for the bureaucratic indifference, barbarism and inhumane blind eye the court has taken.  I’m asking the public to cry out, and to speak for those who can’t speak, by virtue of having their voices silenced behind these fences and walls.