Beyond Slogans: Palestinians Need an Urgent, Centralized Strategy to Counter Israel in Africa

By Ramzy Baroud, 17 January 2021. Arab normalization with Israel is expected to have serious consequences that go well beyond the limited and self-serving agendas of a few Arab countries. Thanks to the Arab normalizers, the doors are now flung wide open for new political actors to extend or cement ties with Israel at the expense of Palestine, without fearing any consequences for their actions. 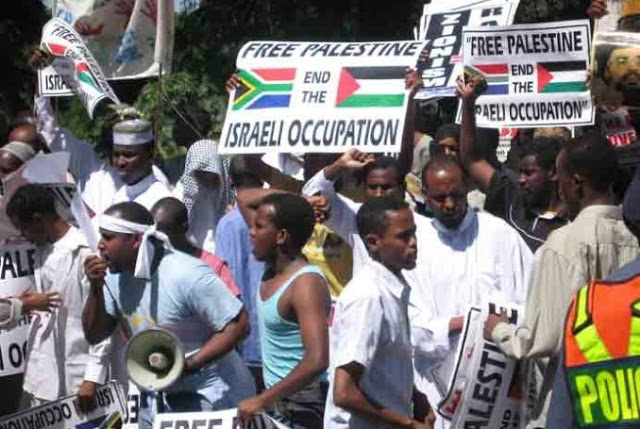 African countries, especially those who worked diligently to integrate Israel into the continent’s mainstream body politic, are now seizing on the perfect opportunity to bring all African countries on board, including those who have historically and genuinely stood on the side of Palestinians.

‘Empower Africa’, an Israeli firm that is constantly seeking financial opportunities throughout the African continent, was one out of many who jumped on the opportunity to exploit Arab normalization with Israel. The goal is about maximizing their profits while promoting Arab normalization as if an economic opportunity for struggling African economies. In December, ‘Empower Africa’ hosted its first event in Dubai under the title “UAE and Israel Uniting with Africa”. In its press release, celebrating what is meant to be a momentous occasion, the Israeli company said that its guests included representatives from UAE, Israel, Bahrain, Nigeria, Rwanda, Egypt, among others.

Such events are meant to translate normalization with Israel into economic opportunities that will entangle, aside from Arab countries, African, Asian and other traditional supporters of Palestine, worldwide. The central message that the advocates of normalization with Israel are now sending to the rest of the world is that closer ties with Tel Aviv will guarantee many benefits, not only direct American support, but innumerable economic benefits as well.

Those who promote solidarity with Palestine worldwide, based on moral maxims, are correct to argue that solidarity and intersectionality are crucial in the fight against injustice everywhere. However, realpolitik is rarely shaped by moral visions. This is the truth that Palestinians now have to contend with, as they watch their own Arab and Muslim brothers move, one after the other, to the Israeli camp.

Unfortunately, it was the Palestinian leadership itself that strengthened the normalization argument many years ago, especially in the early 1990s, when it first agreed to negotiate unconditionally with Israel, under the auspices of the US and not exclusively the United Nations. The Palestinian/Arab engagement with Israel in the Madrid Talks in 1991 provided the impetus for Washington to reverse a 1975 UN Resolution that equated Zionism with racism.

Ironically, it was the African Union that, in fact, first championed UN Resolution 3379, soon after it passed its own Resolution 77 (XII), earlier that year in the Kampala Assembly of  Heads of State and Governments, where it condemned Zionism as a racist, colonial ideology.

Those days are long gone and, sadly, it was the Middle East and Africa that altered their views of Israel, without compelling the latter to abandon its racist political doctrine. On the contrary, racism and apartheid in Israel are now even more integrated within the country’s official institutions than ever before. Moreover, Israel’s military occupation and siege of the West Bank and Gaza seem to accelerate at the same momentum as that of Arab and African normalization with Israel.

The now-defunct Oslo Accords of 1993 served as a major pretense for many countries around the world, especially in the global South, to draw nearer to Israel. “If the Palestinians themselves have normalized with Israel, why shouldn’t we?” was the knee-jerk retort by politicians in various countries, in response to the advocates of the Palestinian boycott movement. This immoral and politically selective logic has been reinforced since the UAE, Bahrain, Sudan, and Morocco joined the camp of Arab normalizers in recent months.

While arguments that are predicated on moral values and shared history are, still, very much valid, making a case against normalization cannot rest entirely on ethical reasoning or sentimentalities. True, the shared anti-colonial past of Africa and the Arab world, especially that of Palestine, is uncontested. Still, some African countries did not side with the Arabs in their conflict with colonial Israel based on entirely moral and ideological arguments. Indeed, the Israel-Africa story has also been shaped by outright economic and business interests.

Africa’s significance for Israel has acquired various meanings throughout the years. Soon after Israel was established upon the ruins of historic Palestine, diplomatic ties between the newly-founded Israel and African countries became essential for Tel Aviv to break away from its geopolitical isolation in the region. That, in addition to the strategic importance of the Bab Al-Mandab Strait – separating Africa from the Arabian Peninsula and offering Israel breathing space through the Red Sea – gave Africa additional geostrategic significance.

In fact, on the eve of the Arab-Israeli war of 1967, 33 African countries had full diplomatic ties with Israel. Immediately following the war and in the run-up to the war of 1973, African countries abandoned Israel in large numbers, signaling the rise of an unprecedented Arab-African unity, which continued unhindered until the 1990s. It was then that Israel began, once more, promoting itself as a unique ally to Africa.

In recent years, Israel has accelerated its plans to exploit Africa’s many political and economic opportunities, especially as the continent is now an open ground for renewed global attention. The United States, the European Union, China, Russia and others are jockeying to win a piece of Africa’s massive wealth of material and human resources. Israel, too, as a regional power, is now part of this renewed ‘scramble for Africa’.

A statement by Israel’s right-wing Prime Minister, Benjamin Netanyahu, in 2016 that “Israel is coming back to Africa, and Africa is returning to Israel,” should not be dismissed as another political hyperbole by the Israeli leader. One could even argue that Israel’s burgeoning political and economic ties with Africa are Netanyahu’s greatest achievements in recent years. More, diplomatic rapprochements with Muslim-majority African countries, such as Mali and Chad, have served as the backdoor entrance to African Arab Muslim countries, such as Sudan and Morocco.

There is more to Israel’s keen interest in Africa than mere business, of course. Since the US’ superpower status in the Middle East is being challenged by other global actors, namely Russia and China, Israel is actively trying to diversify its options, so it is not exclusively reliant on a single benefactor.

Now that Arab and Muslim countries are normalizing, whether openly or discreetly, with Israel, some African governments feel liberated from their previous commitment to Palestine, as they are no longer forced to choose between their Arab allies and Israel.

Solidarity with Palestine, in all traditional platforms, certainly stands to lose as a result of these seismic changes. Even the UN General Assembly is no longer a safe space for Palestinian solidarity.  For example, in the UN General Assembly Resolution titled “Peaceful settlement of the question of Palestine”, which was adopted on December 3, 2019, by 147 countries, 13 countries abstained from the vote. Unprecedentedly, several African countries including Cameroon, Rwanda, South Sudan and Malawi also abstained from the vote. The trend worsened a year later, on December 2, 2020, when more African countries abstained from voting on a similar resolution, with Cameroon, Madagascar, Malawi, Rwanda, and even South Africa refusing to acknowledge what should have been a straightforward recognition of Palestinian rights

Based on this disturbing trajectory, more such African countries are expected to either adopt a ‘neutral’ position on Palestine and Israel or, depending on the nature of their interests or the combined US-Israeli pressures, could potentially take Israel’s side in the future.

While such a task is daunting, it is also promising, as Palestinians now have the opportunity to build bridges of support and mutual solidarity in Africa through direct contacts, where they serve as their own ambassadors. Obviously, Palestine has much to gain, but also much to offer Africa. Palestinian doctors, engineers, civil defense and frontline workers, educationists, intellectuals and artists are some of the most recognized and accomplished in the Middle East; in fact,  in the world. Palestine must utilize its people’s tremendous energies and expertise in winning Africa back, not as a bargaining chip, but as a true and genuine attempt at reinvigorating existing solidarity between the Palestinians and the peoples of Africa.

Israel is trying to lure in Africa’s elites through business deals which, judging by previous experiences, could become a burden on African economies. Palestine, on the other hand, can offer Africa genuine friendship and camaraderie through many areas of meaningful cooperation which, in the long run, can turn existing historical and cultural affinities into deeper, more practical solidarity.