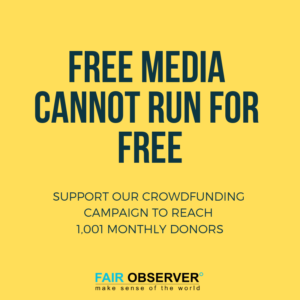 That said, states remain under and ill-equipped for overseeing on corporate human rights due diligence. The current dearth of good practice guidance poses a serious, and yet once again understated, challenge for a treaty requiring capacity building by governments or corporations.
All this shows that there is a gap between the business and human rights nexus in reality, and the working group’s vision for regulating it through the treaty. This gap could make the treaty process unfit to reflect both existing and future challenges. On this last point, think for instance of the very ambiguous exclusion of state-owned enterprises with a not-strictly for-profit mission. With the increasing significance of SOEs in global economy, the issue is likely to become hotter than it was last October.
Back in 2015, at the time of the adoption of the UN Sustainable Development Goals and the 2030 Agenda for Sustainable Development, commentators lamented the continuing chasm in discourse and debate between the business development and the business human rights communities. The same chasm seems to persist in the treaty negotiation. There is a fine line between vision and practicality, particularly when reality is complex and its understanding is patchy. The working group will have to walk that fine line wisely when, at the end of this month’s window of gathering comments, it will resume its behind-the-scenes work.
The same reminder applies to civil society. The risk of shrinking space for the entire treaty process calls for civil society organizations to concentrate their advocacy in areas that may have more immediate buy-in by states. For instance, states proved very skeptical toward a body responsible for the implementation of the future treaty, which was already a very low-profile solution — albeit much needed, deeper reflection on this point is perhaps not for now. Priority should go to issues, such as due diligence and legal liability, where there are enough germs of consensus to hope that the multiple deficits of the treaty process will not sink it completely and that in the future, victims of disasters like the Brumadinho dam collapse will have better recourse to justice.
The views expressed in this article are the author’s own and do not necessarily reflect Fair Observer’s editorial policy.