“The Bleeding Wound” — Afghanistan and the Implosion of America 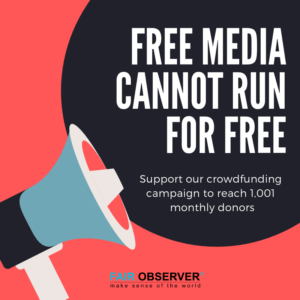 Donald Trump has often been accused of megalomania as if that were a unique trait of his, but that’s because we’ve blotted out Washington’s other megalomaniacs of this century. I’m thinking of the neocon officials of the Bush administration with their urge to turn this planet into an American possession and their disastrous invasion of Iraq. Because of that sense of amnesia, David Frum, Mr. Axis of Evil, like the rest of his neocon companions has, a decade and a half later, risen again in Washington. Like him, many of them are now critics of the Trump administration, while others, like National Security Adviser John Bolton, are ascendant in that very administration.
In the end, when it comes to history and memory, it all seems to prove one thing: If you want to ensure your success in 21-century Washington, there’s no way you can be too wrong. (The key figures in that city these days are evidently only familiar with the first of those two famed lines in Bob Dylan’s “Love Minus Zero”: “She knows there’s no success like failure/And that failure’s no success at all.”)
You now have 60 seconds (and the clock’s already ticking) to answer a question: Who, in or out of the administration, critic, pundit, or official, was against the invasion of Iraq once upon a time? I think you know the answer to that one. If you were against the single most disastrous, megalomaniac foreign policy act of this century, there’s no place for you in present-day Washington, not in the administration, either party in Congress or even in memory.
You are not worth listening to, writing about, thinking about or remembering in any way. You are the anti-Frum and have been deposited in the proverbial dustbin of history along with all those other embarrassing memories like … to mention just one more … the myriad elections in other countries that the US interfered with before we were shocked (shocked!) to discover that some country might have meddled with one of ours.
Think of those neocons, the ones who have yet again made it into positions of power or influence and respect in Washington, as the gang who helped pave the way for Donald Trump to become president. Think of them as the imploders. Think of them as our domestic bleeding wound and (when it comes to taking down the system) the truest pasta Putinesca around.
WHAT MIGHT HAVE BEEN?
And now that I’ve left you with a completely bad taste in your mouth, let me bring up another small forgotten memory, one that might qualify — in an alternate universe of memories at least — as utopian, rather than dystopian. I’m thinking about the peace dividend. You don’t remember it? Well, that’s not surprising. But after the Soviet Union disappeared in 1991 (something official Washington hadn’t faintly expected and initially greeted in a kind of stunned silence), it briefly seemed as if the great-power struggles that had preoccupied history since perhaps the 15th century were finally over. The US was the lone superpower left. Enemies were beyond scarce. A judgment of some sort had been rendered and, for a brief moment, even in Washington, people began talking about that most miraculous of things: a peace dividend.
The staggering sums that had gone into the Pentagon and the rest of the national security state in the Cold War years were visibly no longer necessary. So it was time to bring it all — billions and billions of dollars that had long been invested in the militarization of our American world — home. There was, after all, nothing left to build up military power against and so that money could now be put into what wouldn’t for another decade be called “the homeland.” In fact, though modest cuts were made in US forces and military spending in those years, they would prove to be anything but a dividend and would soon enough simply evaporate in the face of the military-industrial complex and, of course, that “axis of evil.”
In the years that followed, the very idea of a peace dividend, even the phrase itself, would simply vanish. Still, just for a moment, in a country where infrastructure is now crumbling, where teachers are underpaid, where the health care system is under siege it was possible to dream about a world in which the bleeding wounds of the planet might begin to be staunched. Imagine that and think about what the future might have been.
*[This article was originally published by TomDispatch.]
The views expressed in this article are the author’s own and do not necessarily reflect Fair Observer’s editorial policy.